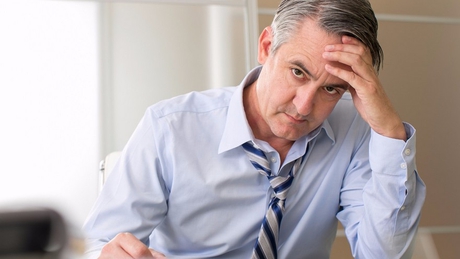 Senators voted on the law that provides framework for distance employment, but from the private sector they repeat that it is “impracticable” and that it does not benefit anyone

“If approved, we go back to the office.” So bluntly, several project leaders from various knowledge companies this week communicated to their teams that if the Telework law was enacted, as it was finally done, it would I would gradually resume face-to-face activity.

The Senate promulgated without changes the project of the oficialismo received from Deputies by 40 votes in favor and 30 against. But from all sectors they warn that the norm “as it is” does not benefit either firms or employees.

The modality developed in a “natural way” in the country from negotiations between companies and employees. In many cases, it is even proposed as a benefit. But the sensation in the business field is that Congress “broke” the home office.

Furthermore, it is believed that the leading role of the guilds in the discussion of this norm he did nothing but try translate traditional work to remote, instead of think of a modality based on the “real world”.

“There are impractical items. It is a law that was written without knowledge of how the home office works. Alone will lead to litigation, when our industry does not have a single labor trial by teleworking, “he warns iProUP Luis Galeazzi, president of ArgenCon, association that brings together Knowledge companies.

In the same sense, Claudio Cesario, pre-president of the Association of Banks of Argentina (ABA), stated that “they didn’t ask the workers or the job givers what do they think of teleworking. The project is so rigid that kills the main argument of telework, which is flexibility“

Hernán Cuenca Martínez, from PwC Argentina, agrees on this point, points out that “from the private sector, aim against the greatest rigidity of the regulations that are contrary to the flexibility requested by the employees themselves and what is the practice that companies have been developing increasingly for some years. ”

For the manager, the most appropriate would have been “to establish broader and programmatic guidelines in the law, so that they are collective conventions which regulate the particularities typical of each activity with a closer approximation to the reality of each sector and within the framework that this practice is established. ”

Galeazzi adds that the law focuses on the employee’s home, but teleworking is not always done in that area. Sometimes it is carried out in the client’s company, training centers, hotels. There are even employees answering queries in the doctor’s waiting room, “exemplifies Galeazzi.

“He final effect we don’t know. But it will not help and there may be companies that, faced with the complication of facing a labor contingency will restrict it. Will go against professionals that demand more freedom “, completes the executive.

In addition, he remarks that “the law must be accepted, because the parliament is sovereign”, but trusts that “a through regulation of the Ministry of labor the operating mode can be recognized” To allow 3.36 million jobs are not in danger -according to Cippec- calculations capable of being performed remotely.

iProUP compiled the complaints from the private sector so that the teleworking modality can continue to be applied, so everything will fall into regulation provided by the Ministry of Labor.

The Argentine Industrial Union criticized “from the start” that the regulations intend to be applicable also for work remote played in partial form. Thus, according to the entity, regulation will fit as much for an employer that grants a remote journey a week like for the one give three or every day.

The UIA claims that it is terminology needs to be changed so that the law applies to those who work “mostly” in home office regime. “But what is going to happen is that whoever gives a day of teleworking today will eliminate it and everything will be in person,” emphasizes the factory chamber.

Argencon, who brings together the knowledge firms, also points out that the law is in place by the time the home office is fully carried out at home, which “is very far from reality.”

“There are many more mixed cases than full telework. At least a threshold should be set or distinguish modalities “, specifies the manager iProUP.

Córdoba Technology Cluster, an association of companies and institutions dedicated to innovation in Cordovan soil, demands a exception for the software industry in the article on working hours that forces the systems prevent connection outside working hours.

“The achievement of the objectives is one of the factors of the success of the labor management of the sector”, they affirm to iProUP from the entity. And remarks that connection impediment should not apply to software activity, Knowledge Industry, Internet Jobs, digital media, computer platforms and the like.

The connection outside working hours, according to Córdoba Technology Cluster, should be allowed “by agreement” with the workers and the corresponding labor authorizations.

Meanwhile, the United States Chamber of Commerce (AmCham) asks to be “careful“around the right to disconnect, especially in what is meant by “sending communications”. He gave as an example the cases where you work with connected people in different time zones.

“The proposal could be counterproductive due to the impossibility of the employee to organize their schedules agreed with the employer, based on your personal needs, “AmCham points out. At this point, the UIA requires admission to establish “a tailored suit” for each activity and do not simplify digital disconnection with global requirements.

The Argentine Chamber of Commerce (CAC) asks: “A message or a request outside of working hours, does it constitute a job injury?”. And from the Argentine Confederation of Medium-sized Enterprises (CAME) suggest that, in any case, the norm establishes the no obligation to respond to these communications or requests until the start of the employee’s next workday.

The project establishes that those who have care of relatives have the right to compatible schedules and to interrupt the day labor. AmCham states that it is important to uphold a principle of fairness and not create a situation of discrimination in relation to face-to-face workers.

For the UIA, care tasks must have a special treatment in another standard and alert than the article of the telework law is “worrying” in terms of penal sanctions before the refusal of the employer.

For his part, Argencon points out that the standard establishes a rigid scheme that will make teleworking unattractive for companies, while CAME asks “to guarantee a certain regularity of the working day” and warns that it is not determined how the worker who has dependents for his care will compensate the hours, if he interrupts the working day.

The project notes that teleworkers will be entitled at any time to request your return to face-to-face mode, which unleashed a large number of criticisms.

AmCham demanded that the revocation of the remote mode is communicated by the employee no less than one month in advance. And that reversibility is a right of both parties. In the same sense, Córdoba Technology Cluster requests an exception for the software industry and in general, for knowledge.

Both Cippec, as well as cameras of journalistic companies, including Adepa, consider that the reversal for no reason and at any time attempts against the home office modality and the investment it requires.

“The worker who enters a company under the modality of telework you should not have the right to apply for a face-to-face position, because it is absurd to think -for example- of creating this somewhere in the interior “, highlights AMDIA, the chamber that brings together digital marketing firms.

The UIA considers that reversibility should be an option whenever possible for both worker as for the employer, while concurring with the rest of the reviews.

According to CAME, “the principle of reversibility must be left to the employer, since otherwise it prevents the company’s management and organization powers.”

According to the standard, accidents occurred in the place, day and in home office occasion, they presume Work accidents Or in her case, occupational diseases.

“We look with concern this article for the potential increase in lawsuits for work accidents“They warn from AmCham, while Adepa believes that the article gives more influence to the union sector, which will become “counterproductive” for the purposes of the project.

For CAME, it would be pertinent to work with occupational risk insurers (ART) to introduce definitions regarding occupational accidents, for him double character of housing as space job and personal use. “This originates an endless number of situations that must be foreseen in the norm”, highlights the entity.

AmCham remarks that the standard “must not limit the right to work of non-resident aliens in the country for the fact of doing it under the modality of home office “.

“In the case of transnational benefits, must be governed by the employer’s domicile, as established by current legislation, with which this teleworking project would be incongruous“adds the entity.

The UIA insists that the Argentine labor law is governed by the territoriality principle, while CAME affirms that if this criterion is not respected, uncertainty will be generated for the parties about what their rights and obligations are.

Media associations warn that a special authorization for the hiring of foreign teleworkers could cause international retaliation, putting at risk the Argentine exportable work and the generation of foreign currency.

At this point, Argencon agrees, noting that a measure of this caliber will lead to other countries, arguing reciprocity, closing their markets.

AmCham notes that It is not appropriate to register companies that develop the remote employment modality., accrediting the software or platform to be used and detailing the list of teleworkersBecause it is “private information” and would imply “unnecessary interference” by the authorities.

Also for Argen with all the registry part of the law “is superfluous, as does not add any value that there is a record, not to declare which software platform is used“Also, says this camera, not usually a single platform is used.

Private entrepreneurs agree that it is essential to work in a financial support for SMEseither through the tax relief wave facilitation of access to credit, focusing on activities that are not nourished by this type of technology.

This is so, the executives point out, for the high costs associated with implementing telework, among which stand out:

The media associations criticize this point especially for small and medium-sized firms, for which a transition and adaptation stage is not foreseen in cases where greater difficulties and restrictions are detected.

Amdia highlights that not having enough bandwidth or reasonably reliable power supply to accomplish tasks can be a reason for not offering the home office or to reassign or cancel the existing one.

For this reason, the digital marketing chamber demands encourage the best broadband access across the country and all neighborhoods in urban areas, in addition to expand coverage of electric, network or alternative power lines.

According to Galeazzi of ArgenCon, the Telework Law is against two sectors of the population that should be protected: interior workers of the country and those who are in charge of home care.

“The population that most demands home office are the women who combine professional responsibility with that of head of the family. This way they can have work days at home and organize them according to the activity of their children. All this flexibility that everyone understands it is not included in the law“warns the manager.

Furthermore, he remarks that “one of the benefits of teleworking is the possibility of working in the Inside“but” when the conditions are demotivated, what you do is go against the federal modality of work“Indeed, many software developers

The future of this modality will remain in the hands of Moroni, who should adjust the regulation from the law to what both employers how employees expect from home office.