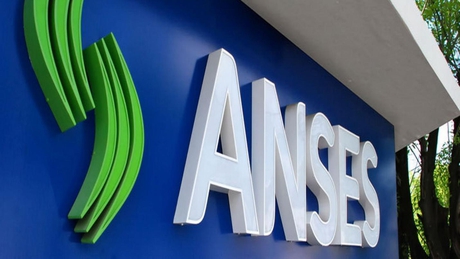 The ANSES already released the payment schedule for August 2020 as regards retirement, pensions, Universal Child Allowance, Family Allowances and Emergency Family Income for beneficiaries of AUH and the Single System of Family Allowances (SUAF).As always the collection date it is determined through the last number of the DNI.

In the case of retirement, it also distinguishes by collection amount and by modality. The payment schedules for all ANSES benefits They can be consulted through its website, social networks or by calling 130. The data is updated quarterly.

Collection date for retirement and pensions

Collection dates of the SUAF August 2020

Family Allowances for Non-Contributory Pensions are charged on August 10.

Amounts of family allowances for August 2020

Below is the detail of the family allowances for August 2020:

The amount of the family allowance varies according to the geographical area in which the beneficiary is located.

Next, the detail of the zones:

At the end of last year the government announced the drop in interest rates (and the three-month suspension of the payment of fees) of the ANSES credits.

The agency’s loans are intended to “alleviate” retirees, pensioners and beneficiaries of the Universal Child Allowance (AUH) already in debt.

Who can get the ANSES 2020 credits? What are the rates, amounts and requirements? Below we detail it.

Both the retirees and pensioners Like the beneficiaries of the AUH they can access the new credits.

Of these groups, Those who have never applied for a credit or those who have already requested it and returned it in a timely manner qualify..

The ANSES clarifies that, otherwise, those who still have outstanding credits may request another one from April 2020.

The large group that can access the ANSES 2020 credits are the beneficiaries of the AUH.

According to data from the ANSES, there are already more than 1,900,000 credits granted.

The important thing is to take into account the CFT, as is what the person who takes the credit will finally pay. In this sense, the CFT for the beneficiaries of the AUH is:

The ANSES It provides the following example: a loan of 16,500 pesos for AUH whose original installment was 823 pesos, becomes 649 pesos.

AUH beneficiaries must comply with the following 5 requirements to access the ANSES 2020 credits:

The financing is 24 (two years) or 36 installments (three years).

Like loans to retirees, the amount of ANSES 2020 credits for this population segment cannot exceed 20% of the monthly value of the Allowance.

The AUH beneficiary must carry out the process only online. The interested party can access through this link.

If it does not have user, you can create it in the moment.

You must then update the personal information (in case you already have a previously created user) and request the credit.

Then you must complete the remaining data and indicate the loan amount and amount of installments.

Finally, by accepting the terms and conditions, the process is completed (you can download or print the corresponding certificate).

Subsequently, once the loan application was approved, as in the case of retirees, the same it is deposited in the bank account where AUH usually charges within 5 business days.

According to data from the ANSESIn this segment, 1,765,000 have already taken loans.

But really what you have to take into account is the total financial cost (CFT), since this is the true percentage that the debtor will pay.

The CFT includes, in addition to the interest rate, all the expenses that are incurred when taking a debt, ranging from taxes to insurance, also including administrative costs and other surcharges.

To be clear, What will end up being paid for the credit financing will be what the CFT indicates (which is expressed in annual terms, as well as the basic interest rate).

Specifically, in ANSES loans, in the case of retirees and pensioners, the CFT ends up being:

The ANSES It provides the following example: a loan of 50,000 pesos for retirees, whose original installment was 3,100 pesos, becomes 1,990 pesos.

The requirements to access credit are basically two: that the retiree lives in the country and is less than 90 years old at the time of ending the loan.

The types of credits are 4:

In other words, a person, for example, 85 years old, is not entitled to request a loan to be paid in 5 years, although they can access to finance it in 24, 36 and up to 48 installments.

Like any type of conventional loan, the amount of the credit depends on the debtor’s ability to repay it.

In the case of ANSES 2020 credits, the quota cannot exceed 20% of monthly income.

First the process is personal.

First you have to gather the documentation, which is basically the DNI and a certificate from the CBU (It can be withdrawn through the ATM or check at the bank).

Subsequently, a shift with ANSES. It can be done through the agency’s website or by calling 130.

Finally, the credit will be deposited into the bank account within 5 business days.

Those adults who charge Universal Pension for the Elderly (PUAM) They can also access ANSES 2020 credits.

The PUAM is equivalent to 80% of the minimum retirement and those older people who do not arrive with the contributions to process their retirement access.

In this case, pensioners can request credits at the same rate as retirees and with similar requirements, however they can access smaller amounts: from 5,000 to 70,000 pesos.

Analogous criteria apply to those who receive non-contributory pensions for Disability or for the Mother of 7 children.

Those interested can also calculate in advance the value of their eventual fee through the ANSES calculator (in the section My ANSES> ANSES Credit> Fee simulator).

The CFTs offered by ANSES are certainly lower than the inflation forecast for this year, so these credits are an interesting option to evaluate.