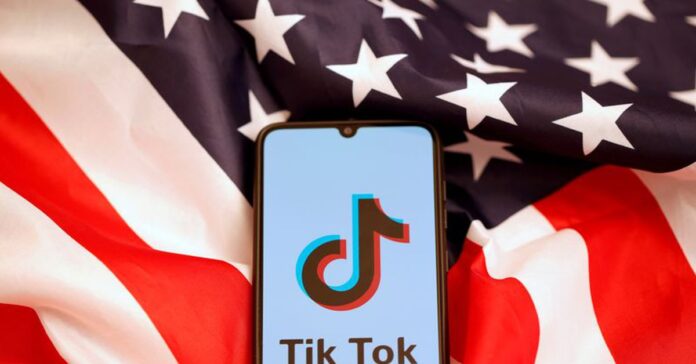 The move would be the culmination of Washington’s national security concerns about the security of personal data handled by TikTok. It would also represent a major blow to the Beijing-based company, which became one of the few truly global Chinese conglomerates thanks to TikTok’s commercial success.

It was not immediately clear how the split would occur and what ByteDance would do with the rest of TikTok’s global operations. An announcement about ByteDance’s plans for TikTok could come as early as Friday, the sources said, requesting anonymity because the matter is confidential.

Microsoft is one of the companies that have been in exploratory talks to buy TikTok, one of the sources said. While the firm already owns the professional networking social network LinkedIn, it would face fewer regulatory hurdles to acquire TikTok than its more direct competitors, such as Facebook Inc, according to the source.

ByteDance, Microsoft and the United States Treasury Department, which chairs the government panel that reviews TikTok ownership by ByteDance, declined to comment.

“While we do not comment on rumors or speculation, we are confident in TikTok’s long-term success,” TikTok itself said in a statement.

Treasury Secretary Steve Mnuchin said Wednesday that TikTok was under a national security review by the Committee on Foreign Investment in the United States and that it would make a recommendation to President Donald Trump this week.

“We are looking at the TikTok case. We may be banning TikTok. We may be doing other things or a couple of options, but a lot is happening,” Trump told reporters on Friday.

At a time when relations between the United States and China are deteriorating due to trade, Hong Kong’s autonomy, cybersecurity and the spread of the new coronavirus, TikTok has become a high point in the dispute between the two largest economies in the world.

ByteDance has been proactively considering a variety of options for TikTok amid Washington pressure to relinquish control of the app, which allows users to create short videos with special effects and has become hugely popular with American teens.

The Chinese firm received a proposal from some of its investors, including Sequoia and General Atlantic, to transfer majority ownership of TikTok to them, Reuters reported on Wednesday. The proposal values ​​TikTok at about $ 50 billion, but some ByteDance executives believe the app is worth more than that.

ByteDance has also seen interest from other companies and investment firms to buy TikTok, according to Reuters. The Chinese acquired the Shanghai-based video app Musical.ly in a $ 1 billion deal in 2017 and relaunched it as a TikTok the following year.

(Report by Echo Wang in New York and Alexandra Alper and David Shepardson in Washington, Additional report by Nandita Bose in Washington, Edited in Spanish by Manuel Farías)

Exchange houses are back in operation but will not sell dollars ...

Arcor already has its own “e-commerce”: when it starts in Córdoba...

Coronavirus | The applause of Villa Soldati residents to gendarmes for...

Telenoche | The reunion of volunteers and a boy who celebrated...

Sunday weather: afternoon solace, but how long does the “summer” stretch?

The tow truck brought him the car, he spoke of coronavirus...

why did they erase it from the TV