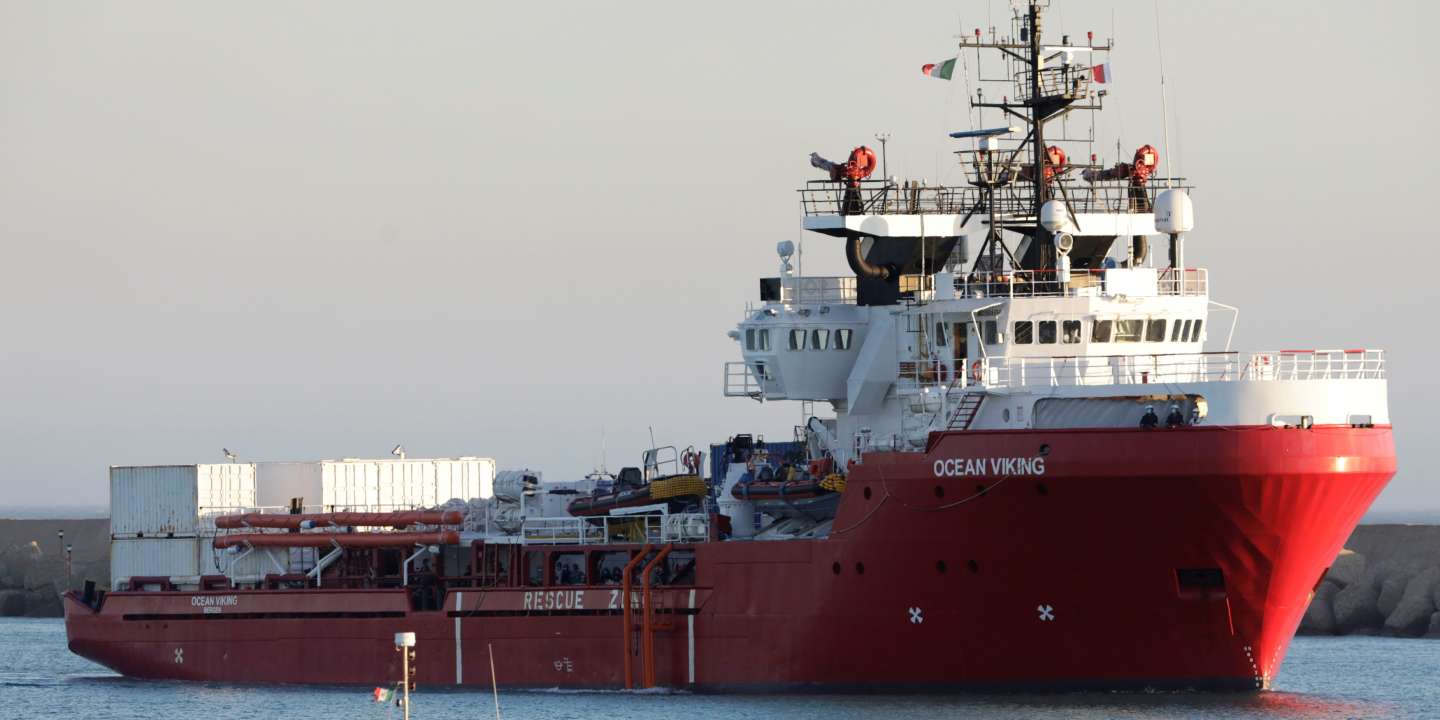 Tribune. Since July 22 theOcean Viking, rescue ship of SOS Méditerranée, is detained by the Italian coastguard in a Sicilian port. You can, by force of law, stubbornness or political calculation, block a boat, but even those who do it hardly seem to care about the underlying human drama, about this interminable chronicle that evokes something. 20,000 unfortunate people submerged since 2014 in the Mediterranean where they will rest forever.

It is time, beyond the horrors, to look reality in the face, the one that disturbs the political sleep of some and barely touches the good conscience of others: we have entered a world of mobility, flow and imagination. globalized, a world in which no decree will ever prevent the movement of one, young or old, who dreams of a little happiness or simply survival.

We Europeans have spent billions of euros to “protect” ourselves from these flows, but we have never succeeded in stopping them, either by will or by force. At the initiative of the Italian government, we made a pact with the Libyan government to force them to turn around, to return to a country currently subject to the laws of hell.

A solidarity effort from Europe

The Aquarius yesterday, the Ocean Viking today, have taken care to limit the disaster of these sinister treatments which combine the criminal greed of smugglers, the sovereignist indifference of the wealthy states, the denunciations, the humiliations and harassments inflicted on the NGOs, SOS Méditerranée in particular. At a time when everyone is looking for their little corner of the Mediterranean to forget the health tragedies we are undergoing in Europe, it is urgent to think of those who saw in this sea the first frontiers of hope and who risk it every day. find their last home.

Article reserved for our subscribers Read also Caterina Bonvicini: “The Mediterranean has changed my life”

Everyone now knows what emergency means. It is primarily a question of snatching without delay from the death of many humans in danger, therefore of releasing the Ocean Viking and allowing it, whatever the cost and the trouble, to continue what it did with its predecessor: to save more than thirty thousand humans, of which 25% were minors.

We must finally achieve decency, stop this cynical audacity which consists in criminalizing those who save lives, and put an end to this sinister process of non-compliance with standards, while, during this time, we are dying in anonymity. Rightly, the Italian government is asking for an effort of solidarity with the whole of Europe to help it get out of the health tragedy that the country, like many others in the Mediterranean, has had to endure.

You have 24.81% of this article to read. The rest is for subscribers only.