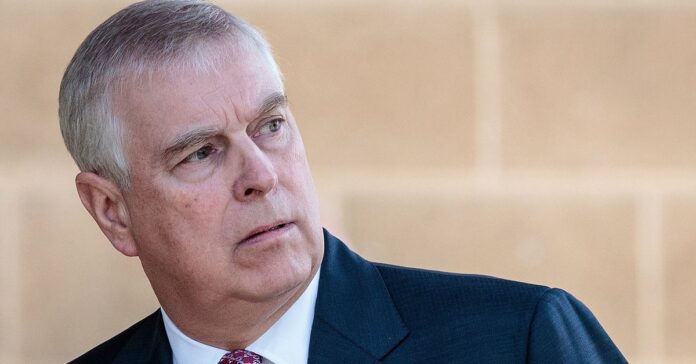 New documents that a U.S. attorney’s office obtained to bolster its allegations of trafficking and sexual abuse of minors against Ghislaine Maxwell, the former partner of billionaire financier Jeffrey Epstein, are having the same effect with those involving Prince Andrew of England.

The files in question are closely linked to the son of Queen Elizabeth II: correspond to a statement by Virginia Roberts Giuffre, who has already publicly assured that Andrés abused her when she was a minor.

In the papers, which date from a 2015 civil indictment against Epstein and Maxwell, Giuffre said the incident took place on the financier’s private island, near the U.S. Virgin Islands. He indicated that the latter ordered him to “give the prince whatever he demands” and then “report to him with the details of the sexual abuse”.

The prince emphatically denies the allegations. “I don’t remember meeting with that lady,” he said, despite the fact that there is a photo of him with Giuffre at the financier’s mansion.

Epstein is accused of trafficking minors for “ingratiate yourself with powerful people for commercial, personal, political, and monetary gain, as well as for potential information to blackmail them” The order of the financier to describe the fact could support this theory.

In another passage, the documents also assure that Andrés tried to intercede on Epstein’s behalf once he was imprisoned to get a “favorable award award.” Speaking to the British media The Guardian, a friend of the prince rejected the accusations again. “Let’s see if these allegations are upheld in court, because few things regarding the Duke (of York) have. Where’s the evidence?“

And regarding the possibility that you have made lobby in favor of Epstein, something of which the prominent constitutional lawyer Alan Dershowitz has also been accused, added: “This statement is directly false, but no buts“

The prosecution has repeatedly asked Andrés to go to the United States to testify in the case. For their part, lawyers for Queen Elizabeth II’s son have said that they offered the prince on more than one occasion as a witness to collaborate with the US authorities. At the moment, Andrés is only a witness to the case, so he is not obliged to travel or appear before the American justice. Although “it can quickly become a target, depending on what your answers to the questions are”, explained the legal analyst of NBCNewsDanny Cevallos.

Cevallos analyzed Andrés’ situation: “If I defended the prince I would tell him never to leave the UK and only make carefully examined written statements.”

Until today everything indicates that the queen’s son follows this strategy, since he canceled his scheduled holidays to Spain for this month. In the UK it is protected.

British lawyers have managed in the last five years that the statement revealing its network of child trafficking did not come to light. However, since his arrest on July 2 in a hidden mansion in the middle of a forest in Bradford, New Hampshire, was exposed.

At the time, Giuffre was asked about what women who had sexual contact with Maxwell. “There were so many … I don’t know where you want me to start. There were blondes, there were brunettes, there were redheads. They were all beautiful girls. I would say that the ages ranged from 15 to 21 years”, According to the document published by DailyMail.

The lawyers of Maxwell, 58, urged the court of Manhattan to prohibit sensitive material from leaking to the media and from being released on the internet. “Featured confidential information contains images, videos, or other representations of nude, partially nude, or sexualized individuals”, Indicates the document presented by the lawyers. Whoever was a partner of the billionaire who died in his cell on August 10 does not want the information to be “diffused, transmitted or otherwise copied” This ultimately did not happen.

Prince Andrew’s fear: what Jeffrey Epstein’s ex will say about his relationship with a 17-year-old girl

Mario Barra: Everything ends up being a cultural transformation

Brazilians called to the polls for municipal elections disrupted by the...

How to take turns at ANSES and what procedures can be...

Why US OIL fell to its LOWEST PRICE in history