The initiative won 40 votes in favor of the ruling party and 30 rejections from the opposition. It was done in a special remote session

The Senate signed into law the bill that regulates the Telecommuting, which establishes rights and obligations for those who carry out remote work. He did so by 40 affirmative votes and 30 against in a remote special session.

It establishes a series of conditions that will remain active “after 90 days from the end of the period of validity of the Social, Preventive and Mandatory Isolation”

The 40 votes in favor were from the ruling party, without Juntos Somos Río Negro ally Alberto Weretilneck. While the 30 rejections came from the opposition, which in Deputies mostly accompanied the text in question.

The Together for Change caucus signed a minority opinion in disagreement with aspects of the law that, in their opinion, made regulation “more rigid” and “discouraged” employers from promoting jobs of this nature.

Representing the ruling party, Mariano Recalde defended the project, noting that “it does not emerge in a hurry”, he noted that he had “broad consensus in the Chamber of Deputies“and affirmed that the law”guarantees rights that already exist, that if not respected would make the country go back 100 years. ”

The 40 votes in favor were from the ruling party

“It is very healthy that the law prohibits employerfor example making calls outside the working hours“He maintained, noting that the issue of the reversibility of the telework format – one of the points questioned by the opposition – reaches with a 15-day notice.

The head of the senators of Cambiemos, Luis Naidenoff, declared that “there is a biased view (of the oficialismo) with this idea of ​​not accepting changes” and pointed out “lack of common sense”, since the law “puts a brake on the sources working “and shows” a huge awkwardness from the political “.

Main points of the law

The law approved with the votes of the Front of All seeks to establish the legal budgets minimum for the regulation of the telework modality in those activities that allow it due to its nature and characteristics, and clarifies that the specific aspects will be established within the framework of the collective bargaining.

People who work under this modality will enjoy the same rights and obligations that those who work in person and their remuneration may not be less than what they received or would receive in person.

In addition, it determines that collective agreements must provide for a combination of face-to-face benefits and by telecommuting.

It also mentions the right to digital disconnectThat is, the possibility of not being connected to and disconnecting from digital devices outside of their working day and during the periods of leave, those workers who work under this modality, without being sanctioned.

Regarding care tasks, he points out that those who carry out this activity and prove that they are in charge, in a unique or shared way, of caring for people under the age of 13, people with disabilities or older adults who live with the worker and who require specific assistance, will be entitled to schedules compatible with these care tasks and / or to interrupt the day.

The transfer of someone who works in a face-to-face position to teleworking, except in duly accredited cases of force majeure, must be voluntary and consent must be given in writing. 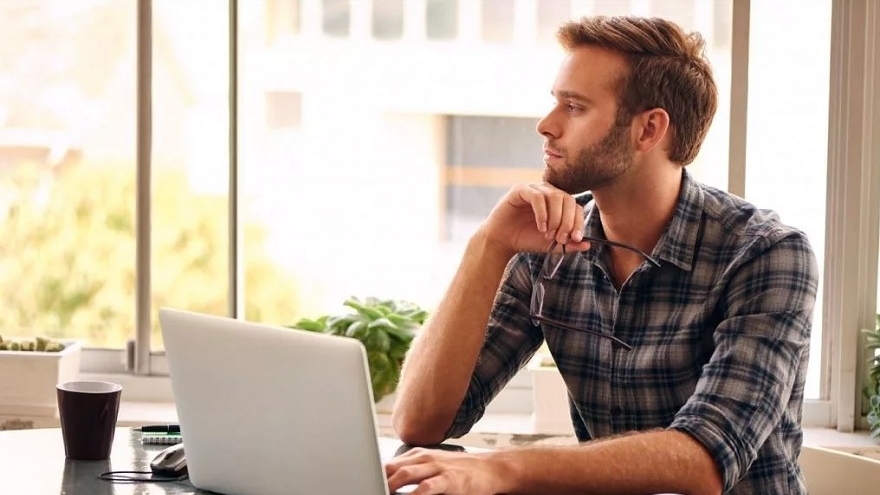 This law establishes rights and obligations for those who carry out remote work.

The point about reversibility, one of those that generated the most discrepancies, indicates that the consent given by the worker to switch to teleworking is reversible at any time during the employment relationship.

The law mandates that the employer must provide the equipment, work tools, and support necessary for the performance of tasks., and assume the costs of installation, maintenance and repair thereof, or compensate for the use of the worker’s own tools.

The Chamber of Deputies had approved last Thursday the project that today became law, with 214 positive votes, one negative and 29 abstentions, the initiative that modifies that modifies the Labor Contracts Law it was endorsed after four hours of debate.

In the previous discussions, held on Wednesday of last week, the Front of All and Together for Change worked against the clock to bring positions closer together and finally the agreement that resulted in a unified opinion, despite the fact that the opposition signed with partial dissent.

The original draft incorporated a period of 90 days for the entry into force of the law after the end of Social, Preventive and Compulsory isolation, to give employers time to adjust to the demands that the new framework will demand regulatory, something that in the midst of quarantine is considered to be dangerous due to the strong drop in activity.

Introducing the debate, the president of the commission, Vanesa Siley (Front of All), highlighted: “We have reached a consensus where it was necessary to articulate interests that were often opposed and thus we have all issued a protective opinion for the job.

For his part, the vice president, Albor Cantard (UCR), stressed that the purpose of the regulation is “to guarantee a floor of rights to workers”, while the specificities of the benefits are left to the negotiations of the collective agreements of each exercise.

The official deputy and head of the Workers’ CTA, Hugo Yasky, considered that “it is a way to avoid those legal loopholes that often end in abuses by some business sectors.”

the brand “Maradona” would have a new exclusive owner / Argentina...

Coronavirus in Argentina | They broke the quarantine to go fishing

He flew! During the pandemic the chicken hit the record

ICT Week started, with an eye on Industry 4.0 and digital...

María España, the widow of Umbral: «Francisco was afraid of getting...

what the biggest Bitcoin event in the region will be like ...

Duke, the hero dog who saved a baby’s life

Coronavirus │ A bus with 62 foreigners who left La Quiaca...