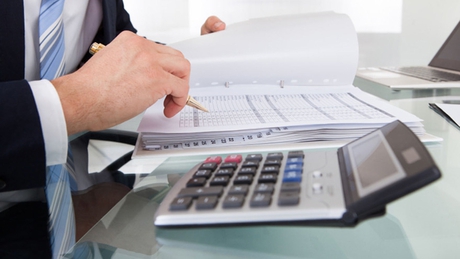 The AFIP established that no monotributista will be discharged ex officio from the regime for non-payment of their obligations. Until what date

The Federal Administration of Public Income (AFIP) established that no monotributista will be discharged ex officio from the regime for failure to pay its obligations during July.

In order to cushion the effects of social, preventive and compulsory isolation on small taxpayers, the body tIt also suspended the monotributistas exclusions corresponding to July.

Through General Resolution 4782/2020, which will be published in the Official Gazette, benefits in force from March are extended during July.

The current regulations establishes that a taxpayer is withdrawn when he does not pay ten consecutive installments. The AFIP resolved that July will not be computed for the purposes of to record the period necessary for the application of automatic cancellations.

Also, there are different situations provided by law that generate the withdrawal of the regime. The most widespread is when the sum of the taxpayer’s gross income exceeds the maximum established by the maximum category available.

The AFIP defined that these systemic crossings will not be used in July to proceed with ex-officio exclusions.

In the framework of the economic crisis exacerbated by the coronavirus pandemic, the national government extended – once again – the term of adherence to the 2020 Moratorium for micro, small and medium-sized companies, monotributistas´, self-employed and non-profit entities, until next August 31.

Measure It was made official this Thursday in the Official Gazette, through Decree 634/2020.

The decision of the body that leads Mercedes Marcó del Pont to extend the moratorium seeks to ensure that adherence to the regime is not affected by the pandemic and make effective the recovery of the economy pursued by the Law of Social Solidarity and Productive Reactivation.

The 2020 Moratorium allows taxpayers regularize past due tax, social security and customs debts until November 30, 2019.

AFIP regulations establish that the first installment of the payment facility plans that are presented between August 1 and August 31, 2020, both dates inclusive, will expire on September 16, 2020.

After incorporating a series of changes to the original text, the Front of All advanced this Tuesday with the signing of the moratorium project, sent by the Government, and will seek approve it this Friday on campus.

The majority opinion proposed by the ruling party in the Committee on Budget and Finance It gathered 27 votes in favor, while Together for Change presented its own office that reached 22 signatures.

Stop the AFIP 2020 Super Moratorium: they force repatriation of funds

The most important and controversial change refers to the fact that they will force repatriation of funds from abroad to enter the moratorium.

A debt in the Monotax takes you to Veraz

Iván Sasovsky, CEO of Sasovsky & Asociados, stated that “the opinion approved in commissions brings more problems than solutions for taxpayers who have not been able / wanted to regularize their taxes “.

“To the problems of lack of criteria of opportunity and logical sense that the worst has not yet passed and still there is a rush in the ruling party to get this law when until November they will not charge a single peso, concepts such as “repatriation” are added to gain access and the possibility of securitization of the debts that arise from this moratorium, which undoubtedly puts on the table the privatization of state tasks while private companies are nationalized, without a doubt a level of madness never seen before in the tax field, “added Sasovsky.

“With the consequence that banks will be able to execute bad debts outside the tax procedure law In short, only God and our representatives know the true reason for their creativity. But without a doubt it ends up punishing formality, again raising the price of evading, since the latter will not have the indirect consequence that the incorporate in the Veraz for your Monotax debt “Sasovsky warned.

Promptly, the following exclusion is added:

1. Human or legal persons who have financial assets located abroad, unless the repatriation of at least is verifieds 30% of the proceeds of its realization, within 60 days from accession to the present regime, in the terms and conditions determined by the regulations.

In the case of legal persons, the repatriation condition will be applied to its partners and shareholders, direct and indirect, who have a percentage of not less than 30% of their share capital.

Those who cover the quality of transitory unions, collaboration groups, cooperation consortia, associations without legal existence as legal entities, non-corporate groups or any other individual or collective entity, including trusts, are included in these provisions.

Stop the AFIP 2020 Super Moratorium: they force repatriation of funds

For the purposes set forth in the first paragraph of this subsection, it shall be understood as financial assets located abroad:

Likewise, the opinion establishes that taxpayers and compliant taxpayers, for the purposes of this moratorium, will enjoy the following benefits according to the tax status that they cover:

1. Subjects adhered to the Simplified Small Taxpayer Regime (Single Tax): The benefit will consist of the exemption of the tax component according to the amount of quotas that are detailed for each category:

to) Categories A and B: 6 monthly and consecutive installments.

b) Categories C and D: 5 monthly and consecutive installments.

e) Categories I, J and K: 2 monthly and consecutive installments.

In no case may the benefit limit exceed a total amount equivalent to $ 17,500

2. Subjects enrolled in Income Tax: The benefit will consist of a special deduction according to the following terms:

a) For human persons and undivided successions: will have the right to deduct from their net earnings an additional amount equivalent to 50% of that provided for in article 30, paragraph a) of the Income Tax law, text ordered in 2019.

The benefit established in this subsection will not be applicable to the subjects included in subsections a), b) and c) of article 82 of the Income Tax Law.

b) For the subjects referred to in article 53 who have the condition of Micro and Small Businesses: They may choose to practice the respective amortizations from the fiscal period of empowerment of the asset, in accordance with the general rules of the Income Tax law, text ordered in 2019, or according to the regime established below:

i) for investments made in depreciable personal property acquired, elaborated or manufactured: at least in 2 equal, consecutive annual installments.

ii) for investments made in imported depreciable personal property: at least in 3 equal, consecutive annual installments.

iii) for investments in infrastructure works: at least in the amount of annual, equal and consecutive quotas that arise from considering its useful life reduced to 50% of the estimated one.

This amortization benefit will be applicable only to investments made until December 31, 2021 and, once the option for one of the amortization procedures indicated above has been made, it must be communicated to the application authority, in the manner, term and conditions established by them and must be applied – without exception – to all investments of capital that are made for the execution of the new direct investment, including those that are required during its operation, being able to choose again in case the applicable tax regime is modified. 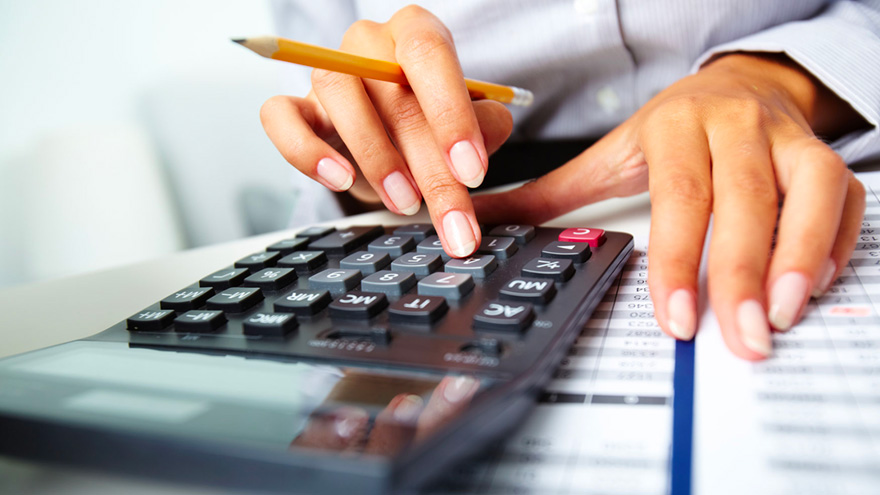 Both benefits will be applied in the affidavits corresponding to the years ended after December 30, 2020. For the In no case, the anticipated deduction will give rise to the generation of balances in favor nor can it be transferred to future exercises.

The aforementioned tax benefits are not cumulative, and should be chosen, when appropriate.

It will be understood that a taxpayer has the condition of compliant when at the time of entry into force of this standard does not register non-compliance in the presentation of sworn statements, nor, if applicable, in the payment of tax obligations from the periods prosecutors initiated from January 1, 2017.

Likewise, the course of the prescription of the action to determine or demand the payment of taxes whose application, collection and control is in charge of the AFIP and to apply fines in relation to them, as well as the expiration of the instance in trials of fiscal execution or judicial remedies.

The initiative, sent to the National Chamber of Deputies, expands the scope of the 2020 Moratorium created by the Law of Social Solidarity and Productive Reactivation, to include all taxpayers who had not originally been contemplated and to ease the burden of debt accumulated during the Covid-19 pandemic.

And it is part of the different instruments designed by the National Government with the aim of offering financial relief to families, businesses, SMEs and companies. 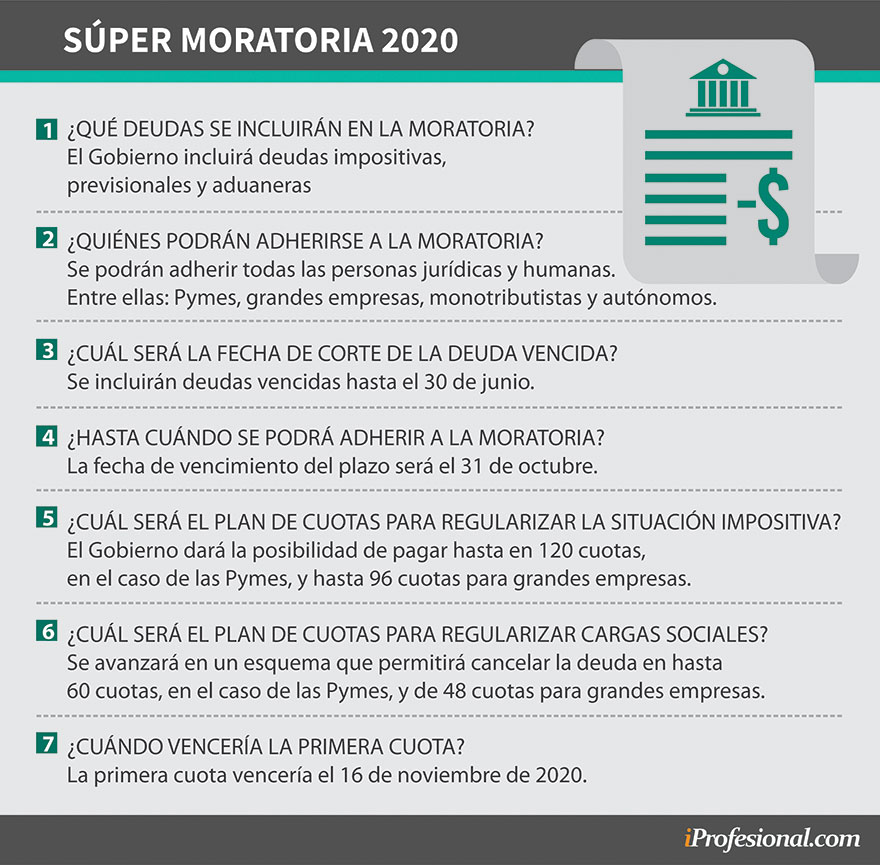 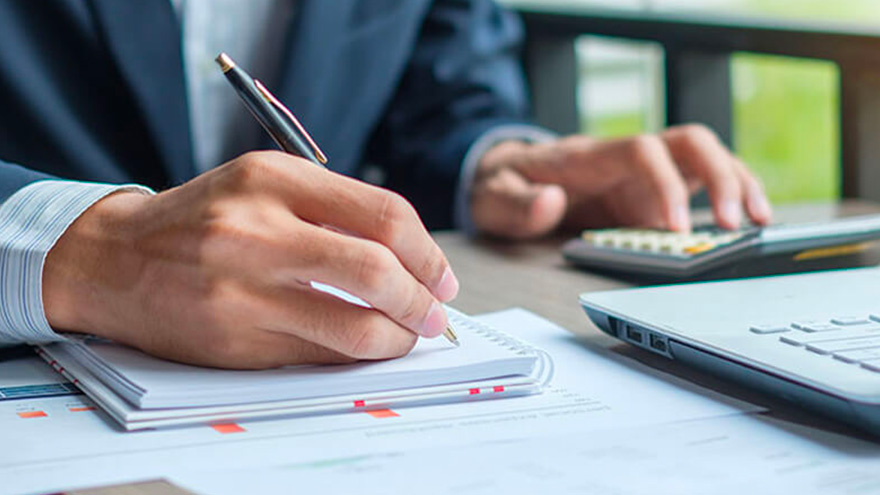 Quarantine portraits: the story of the Tandilense who fell in love...

75% of the approved credits were disbursed

Córdoba Customs will finish off spare parts and accessories for the...

How much are the chances of contracting coronavirus on a flight?