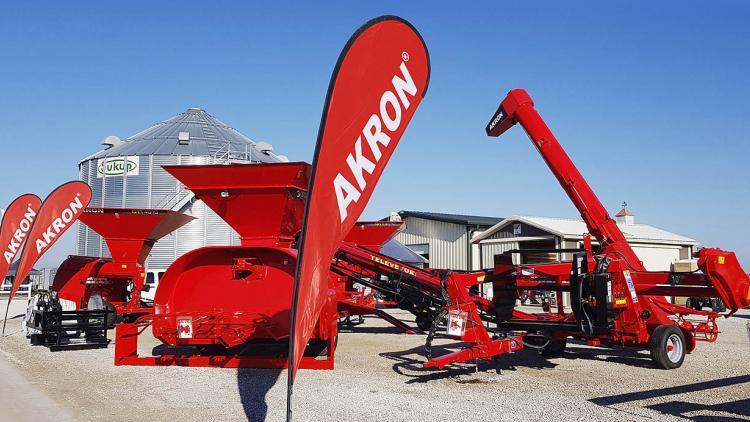 The technology of the bag silo, which in recent months has been news in the country due to the attacks that these containers with grains have been suffering in the fields, continues to gain international market.

Introduced in 1994 by Inta technicians from Germany, where it was used to store wet grain as livestock feed, the technology was adapted in the country to collect freshly harvested grains.

Currently, the one hundred percent kit developed by the Argentine industry, made up of the silo bag, baggers and grain extractors, is exported worldwide.

After 14 years exporting baggers and grain extractors to the United States and Canada, the Akron company launched in Mexico. In this way, the San Francisco factory manages to export this equipment to all the countries of North America.

In the Mexican market, the silo bag technique was hardly known. The Cordovan company had made an attempt in 2003 for the bagging of corn to Sinaloa, but the initiative did not prosper. At that time, the country did not have the technical and theoretical resources to apply it correctly.

In 2015, Akron resumes business with a representative in the Yucatan region and ships harvesting and post-harvest machinery.

Based on the results obtained with the system by a Mexican agricultural company, the Mexican government was internalized in spreading its use among producers.

“There are already three teams of hoppers, extractors and baggers in different parts of Mexico conducting tests and training, which for now are virtual for the assembly of machines and equipment,” they explained from the company.

Through the Mexican Ministry of Agriculture, the technification of small and medium producers is being sought. At the same time, the State is promoting the production of white corn and other basic grains, in order to achieve food self-sufficiency, and thus stop importing yellow corn.

Although there is geographical proximity between Mexico, the United States and Canada, when it comes to the adoption of machinery for the collection of grain in the field, the three markets are different. The scale of production and the idiosyncrasy of the Mexican producers made their incorporation outside.

“This bagging and storing system is very efficient in terms of costs, and for this reason we hope that the Mexican State will encourage its producers to adopt it,” said Fernando Gaviglio, director of Akron.

In the first six months of the year, the foreign trade balance of the Cordovan company is good, especially with baggers and grain extractors. Beyond some climatic problems in the United States and Australia, the prospect of harvest in both markets is very good, so that the demand for equipment for bagging grains would be sustained.

In this scenario, and despite the pandemic, the company expects to repeat the performance of the previous year, with more than 450 equipment exported to different destinations. United States, Canada, Australia and South Africa are the main clients