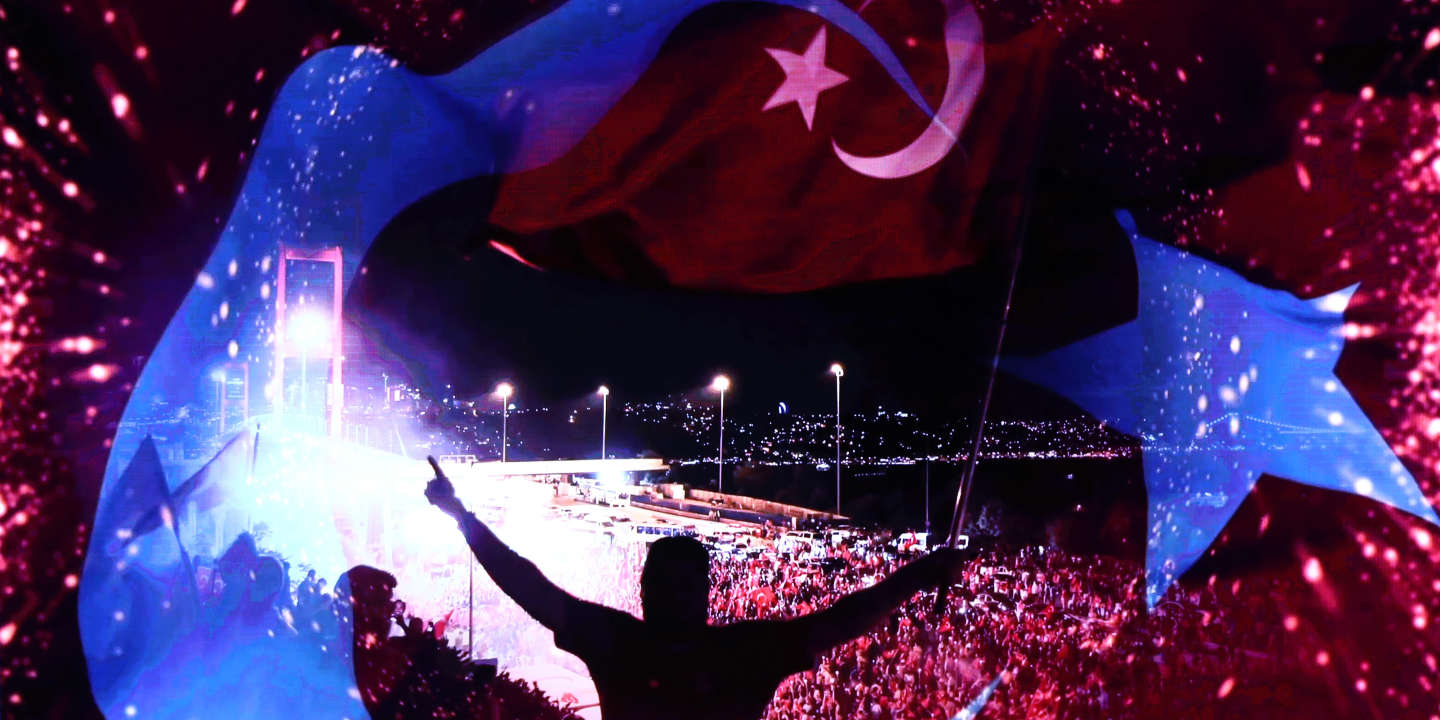 By Marie Jégo and Allan Kaval

Investigation“1920-2020: living memory of the treaties of the Great War” (2/4). The carving up of the Ottoman Empire after World War I remains a deep humiliation for the Turkish people. President Erdogan, by deploying his troops from the Syrian conflict to the Libyan front, intends more than ever to restore the power of his country.

A pact of this importance could not be sealed just anywhere. Turkish President Recep Tayyip Erdogan and his new Libyan ally, Faïez Sarraj, the head of the National Accord Government (GAN), needed a solemn and historic place to sign a memorable agreement, an alliance that could change the strategic situation in North Africa and the Mediterranean.

The Dolmabahçe Palace on the European side of Istanbul, the residence of six sultans once and the final resting place of Mustafa Kemal Atatürk, who died there on November 10, 1938, was the place to be. In the old palace cradled by the waters of the Bosphorus, the two men have, on four occasions, between November 2019 and February 2020, shaped the double agreement – security and maritime – that unites them.

It all started on November 27, 2019 under the heavy red velvet curtains in Dolmabahçe. Between Erdogan and Sarraj, meeting behind closed doors, maps have been deployed, those of Libya and the Mediterranean, with new dividing lines. At this precise moment, Faïez Sarraj is in bad shape. Cornered in Libya by the offensive launched by dissident Marshal Khalifa Haftar on his stronghold of Tripolitania, abandoned by the West, he has no other way out than to hang on to the lifeline offered to him by his new ally. .

In return for military and logistical aid to Libya, the government in Tripoli accepts the principle of a maritime delimitation that is supposed to satisfy Ankara’s ambitions in the eastern Mediterranean. Once his host is gone, Erdogan relishes his victory. “Thanks to this military and energy cooperation, we overturned the Treaty of Sèvres”, he would say in a televised intervention just after Dolmabahçe’s second meeting with Sarraj on December 16. Erdogan is steeped in history. He thinks he has revenge to take on her.

Why else mention Sèvres? Signed a hundred years ago, on August 10, 1920, this treaty supposed to organize the dismemberment of the Ottoman Empire at the end of the First World War, although null and void, has remained as a plague in the Turkish collective unconscious. Sèvres’s humiliation will quickly serve as a catalyst for the resistance movement led by Mustafa Kemal, later known as Ataturk, a dissident general in the Ottoman army who is organizing a national government in Ankara.

Soon, the victories won by the Kemalist forces against the French, Greeks and Italians in the Greco-Turkish war of 1919-1922 will force the occupiers to negotiate a new treaty, signed in Lausanne on July 24, 1923. In opposition to Sèvres, Lausanne symbolizes victory over Western forces, regained honor, national combat. A secular Turkish state then succeeded the multinational Muslim empire.

You have 85.68% of this article to read. The rest is for subscribers only.