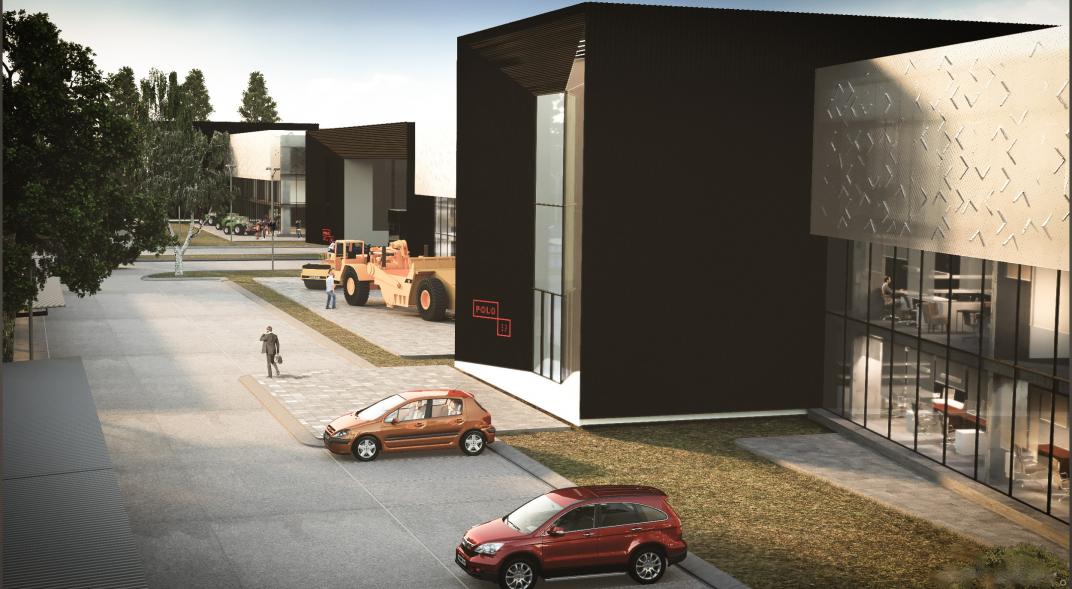 Polo 52 Industrial Park will invest 10 million dollars in the construction of a commercial base, which will be located at the entrance of the property.

The building, which will require 12 months of construction, is intended for administrative headquarters as well as the sales area of ​​the companies that will be housed in the park.

It is also planned to house businesses that sell products for the area, such as machinery and equipment for agriculture or construction.

The logistics area of ​​Polo 52, about nine hectares, already has 24 thousand square meters of warehouses for warehouses, which represents 85 percent of the expected capacity for this sector.

Logistics park. Polo 52 has a logistics and an industrial area. (Render courtesy of Polo 52)

“This shows that companies and industries are preparing for a recovery in the economy. In the next 18 months, it is planned to have 25 to 30 companies based in the park; half will do so in the next nine months and there is a sustained demand for premises and offices, “said Cristian Martin, president of Polo 52.

Among the income, companies such as Incoser Hormigón Elaborado, Scarpatti Muebles, Piero and Mudanzas la Moderna are confirmed, as well as Propato Hnos (medical products), which with this makes its landing in Córdoba.

The venture finances up to 72 months the purchase and delivery of the ships from 12 months.

The property has a water network, industrial energy, public lighting, weak signal infrastructure (telephony, cable and internet), security and road infrastructure suitable for large trucks, including bitrenes, with a parking area for more than 200 vehicles.