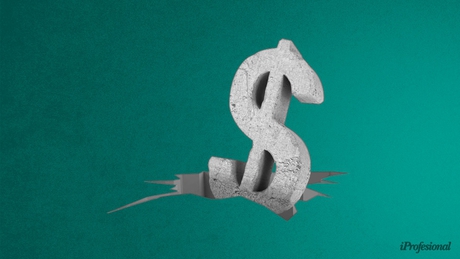 As one of the largest economies in Latin America, Argentina offers great investment opportunities, despite the difficulty

The Argentina It is located in third place among the most “countriescomplex” that make it difficult for foreign companies to establish and carry out commercial activities, only surpassed by Indonesia and Brazil.

This is determined by the TMF Group Global Corporate Complexity Index, which analyzed factors such as the tax payment and accounting, the difficulty of dismissing and managing the payroll and issues related to regulations and penalties.

Located in the following positions are Bolivia, Greece and China, the second largest economy in the world.

“As one of the economies bigger than Latin America, Argentina offers great opportunities for investment. Despite the complexity of operating here, opportunities in various sectors, including the energy, agriculture, technology and service sectors, should not be overlooked, “said Claudio Cirocco, CEO of TMF Argentina.

The influence of the coronavirus on regional economies must also be taken into account.

According to the report, “the exchange restrictions they are perhaps the biggest problem. Businesses must submit documentation to banks and undergo verifications before they can transfer and receive money internationally, which considerably slows down transactions and multinational operations”

What about Latin America

“South America, for the most part, leads the ranking with an extensive list of benefits for employees, which are reinforced by progressive policies, such as shared parental leave. In general, the region offers other benefits, such as bonuses (additional payment corresponding to one month’s salary), “states the report.

In addition, it highlights that Argentina is one of the jurisdictions that legally require salary increases mandatory, along with Bolivia, Brazil, Colombia, Ecuador, Uruguay and Venezuela.

Of the ten most complicated countries to do businessSix are Latin American, which makes it the most complex region globally.

As for those who less complexity They have, firstly, Curaçao, a small Caribbean island, near the South American coast, which is part of the Kingdom of the Netherlands and which is followed second by the United States.

Countries on the least complex list include Denmark, the Netherlands, Ireland, Jamaica, the British Virgin Islands and the Cayman Islands.

“I prefer to have 10% more poor people and not 100 thousand deaths in Argentina. From death it does not return, but from the economy it becomes “, raised Alberto Fernández in the first weeks of the quarantine.

“I prefer to have 10% more poor people and not 100 thousand deaths in Argentina,” said Alberto Fernández.

“Those who pose the dilemma between the economy and health are saying something false. I know that I have to preserve small and medium-sized businesses and large ones too“added the head of state in April, when the restrictive measures took a few weeks.

Now, more than four months after the health crisis started, the Argentine economy shows shocking data, with historical falls and a historical jump in the levels of shop closings, unemployment and poverty, to name a few of the most sensitive variables.

Last week, it was known that the economic activity May fell no less than 20.6% against May last year. With a recovery of 10% versus April, which was the month with extreme paralysis, at the beginning of the quarantine.

That confinement, which tried to harden in early July after a relaxation in the previous two months, had – as a counterpart – that Argentina did not have, at least for now, a overflow of your health system, as it happened in other countries, including one included in the select batch of “developed economies”, such as Italy.

Now, how did the Argentine economy fare in relation to those of some of its neighbors, who also suffer from the pandemic but who applied a late confinement, or little respected by the population, how was Peru?

Some data: Peru, up to here, was the Latin American country with the greatest destruction of its economy and worst performance in the health crisis. Peru’s economic activity it fell no less than 32.75% in May in relation to the same month last year.

Simultaneously with that skid, Peru faces a true health crisis: At the moment it has 529 deaths per million inhabitants. This is the worst record in the region, both in terms of economic and health performance.

In the case of Chile, its economy contracted 15.3% in May -also in relation to May 2019- while that country also shows a large number of deaths from Covid-19. It already has 456 deaths per million inhabitants.