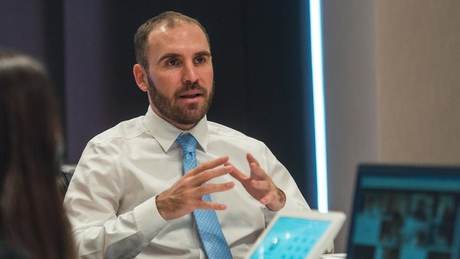 The Economy Minister participated in a virtual talk organized by a Washington think tank to speak indirectly to Wall Street funds.

A few days after the deadline to accept the exchange offer, the Minister of Economy, Martín Guzmán, reiterated that the country has already made its maximum effort and that there will be no improvements in the economic aspects of the offer. And it went further. He affirmed that if the creditors do not take the proposal, they will continue to work but that “beyond the result of the exchange we will begin negotiations to have a plan with the International Monetary Fund“Is there life despite remaining in default? Apparently, for the economic team, it seems so.

Guzmán spoke for 30 minutes in a virtual conference organized by the Atlantic Council, a think tank based in Washignton. It was rumored that the talk was actually put together HSBC, one of the debt-placing banks, as a way of transmitting an indirect message to the bondholders. Be that as it may, Guzmán left some concepts already known and others not so much about how the debt saga continues that, in theory, the date to enter the operation expires on August 4.

“We are still evaluating all the options and will soon make a decision,” the economy minister said briefly when specifically asked about the rumors that there will be an extension. more until mid or late August. On the other hand, with respect to the legal changes that the bondholders are asking to modify the legal conditions for the issuance of the bonds that they have in 2016, Guzmán avoided whether they will or not and even sent them to ask for the approval of those changes. to the IMF and the G20.

The minister will try to start formal negotiations with the IMF despite there being no debt settlement.

In search of the Fund

“Argentina will adopt legal changes to the bond contracts if they are backed by the international community,” said the minister, kicking the ball into the box. The owner of the Palacio de Hacienda, who was curiously presented as “His Excellency Martín Guzmán” by the think tank who interviewed him, said that in the event that an agreement is not reached with external creditors, also “the first thing is to restore the macroeconomy so that there is stability.”

“For the macro it is necessary to solve the debt crisis, but in a sustainable way”, warned the “protected” by Joseph Stiglitz. “If the creditors do not accept, we will continue working and beyond the debt swap we will start a program with the IMF that we hope will help Argentina,” he said.

Other definitions of the minister during the talk with the Atlantic Council were as follows:

– “Capital controls in Argentina are not intended to be permanent, but the country needs to accumulate foreign reserves before lifting controls ”

– “It would be important for creditors around the world to cooperate with developing nations to restructure their debt. And also to respect the sustainability analysis of the countries endorsed by the IMF”

– “In economic terms, this is the most we can do, there is no point in something that cannot be fulfilled. Many times the promises were not kept and we do not want to do that. We hope that the creditors will join ” 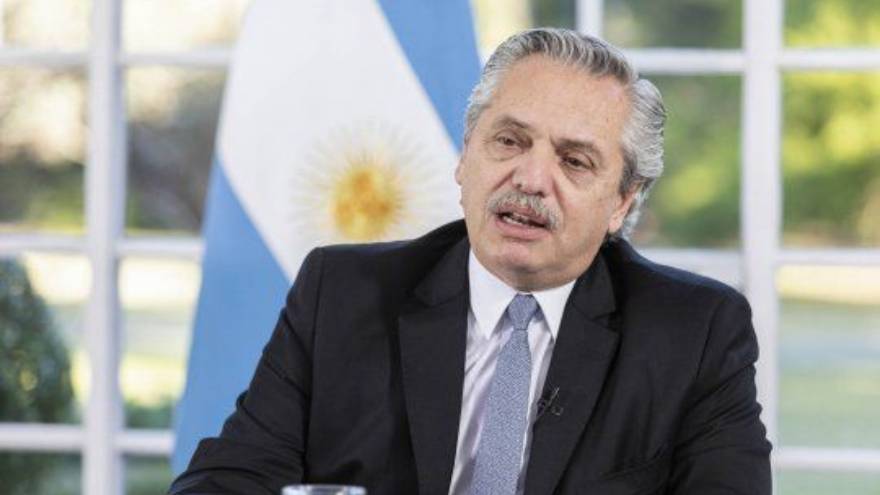 The main bondholders have more than 50% of the debt and could block the official exchange.

With veto power (to the exchange)

– “In Argentina there are many opportunities to invest in energy, mining, services, agriculture and others. We have goals and we have principles for managing the economy to reach those goals”

The minister returned to show himself in an international forum where obviously the recipients were the creditors who, in their great majority, expressed the idea that they are not going to accept the offer as it is.

So with the deadline around the corner, the Government has to decide whether to extend (most likely) or decide to close with the number they get. The relevant issue is that the 3 groups of bondholders joined and joined wills, according to them, to have 50% of the Global bonds and 60% of the K bonds arising in the exchanges 2005 and 2010.

With those numbers, the power to block the operation is real and the country could suffer a severe setback in the attempt to get out of the default in which it has been immersed since May (and which extended this end of the month with the bonds that it did not pay after 30 days grace period).

“With the pandemic and the snow I have not had time...

the contract with Barcelona was leaked / Argentina News

Germany’s economy could contract more this year than during 2008/9 crisis:...

The “startup” born in Córdoba that works with NASA

Software: more than 60% of companies experience declines in billing and...

Who are the owners of downtown galleries and how does that...

Mark Kelly of NASA in the Senate

St. Peter’s Basilica reopens, in an Italy that is progressing in...

why Moyano and Galperín will now be partners