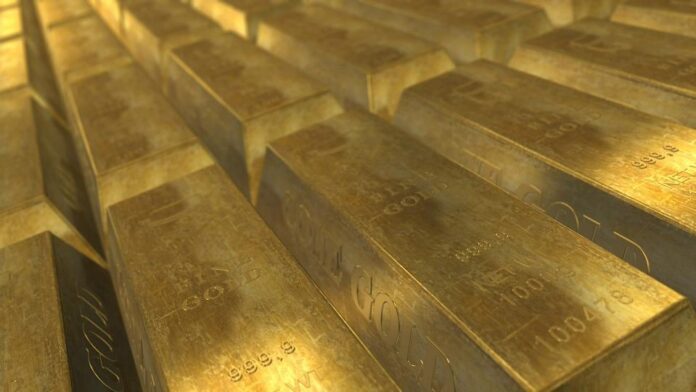 Almost $ 2,000 is the price at which the ounce of gold reached internationally, the highest value recorded in history, above the $ 1,855 that was the peak in September 2011.

In mid-March, before the Covid-19 pandemic began to wreak havoc on the global economy, the price was below $ 1,500: It means a 33 percent surge in just four months.

Each ounce represents 28.35 grams of gold; it means that the current price is equivalent to more than 63 dollars a gram (more than 4,000 pesos at the official exchange rate in Argentina).

According to the economist Jorge Ingaramo and the market analyst Salvador Di Stefano, this escalation is due to the weakness of the dollar worldwide, due to the economic and political instability that the United States is experiencing.

Economically, the North American country had to resort to an “Argentine” recipe in order to cope with the consequences of the pandemic: increase the issuance of dollars.

The problem is that to absorb them, the markets see no other alternative than an increase in inflation or a rise in interest rates, both phenomena that would mean a brake on economic recovery.

And all this happens amid uncertainty over the presidential elections, in which Donald Trump seems to be at a disadvantage against his rival Joe Biden.

“The result is that the dollar is devalued globally. So investors take refuge in other alternative currencies or in raw materials, and gold has always been the number one reference value safeguard, ”explains Di Stefano.

For Ingaramo, one piece of data to take as a parameter is that in the last 50 days the euro went from being worth $ 1.08 to $ 1.18. “In Europe they also increased emissions, but in the United States there is more uncertainty due to the political landscape,” he explains.

Can all this process that is taking place have any impact on the Argentine economy? For experts, yes … and beneficial.

An optimistic first indicator is that Argentina has a high amount of dollar debt and a devaluation process of this currency helps to liquefy it.

In any case, the most favorable thing is the gain in competitiveness that many of the food importing countries achieve. For example, Europe today has nine percent more competitiveness in dollars than it did two months ago to acquire peanuts from Córdoba or China, which, although it has not revalued its currency, the depreciation of the US currency strengthens the yuan and gives it greater purchasing capacity of soy and meat, the main products imported from Argentina.

“At the macroeconomic level, this situation improves the export context of the Argentine economy, which, moreover, is at a time of strong trade surplus. It means the possibility of exporting more and without the need to devalue at a time when there are very high expectations in this regard, which helps to reduce the inflationary pressure of the largest issue, “summarizes Ingaramo.

As an additional aspect, Di Stefano recalls that Argentina has part of its international reserves invested in gold deposited in the Bank of Basel (Switzerland).

However, Ingaramo recommends “not to get excited” because “if Biden wins Trump, the uncertainty due to political fragility is over and as of January 20 of next year, when the new president takes office, the dollar automatically goes back up ”

Logically, all this panorama has mobilized the interest of investors also in Argentina to join this new “gold rush”.

Some options to follow the trend of the metal are the following:

Cedears. Instead of buying gold directly, you can buy shares in mining companies that mine and trade it, such as Barrick Gold and Yamana, and whose valuation usually moves parallel to that of the ounce. For that, you have to invest in Argentine Certificates of Deposit (Cedears), which are shares of foreign companies that are listed in Argentina through certificates issued by a bank that deposits the original shares abroad.

Thus, the equivalent of the share price is invested in pesos at the exchange rate with settlement and the subsequent variations of the share are translated into the Cedear price.

ETF. Another option is through dollars, although this means having the same exchange restrictions that exist to acquire foreign currency. From a thousand dollars, it is possible to buy Exchange Traded Funds (ETFs), instruments that are tied to the luck of the metal and follow their price linearly, without the need to buy bullion or pay a guard.

The problem is that in order to withdraw the money in the local market, it is first necessary to get hold of the dollars and then mobilize the money in the bond market, as is the case of the “counted with liquidation” dollar.

Physical purchase. There are banks and private companies that offer bars of various sizes to invest. In general, they are pieces obtained from jewelry and other origins with certified authenticity. In most cases, they are bullion of a lower quality than the reference gold listed in Switzerland, although their price does replicate the movements of the metal internationally.

In this framework, as a final recommendation, Salvador Di Stefano thinks that with gold at such high values ​​it is not a bad idea to turn your eyes towards silver, which is at $ 24 an ounce, a figure that is not record (in 1980 it came at $ 48 and in 2011, at $ 45), but that also shows a strongly bullish path: it is almost double the $ 13.6 at the end of March.

A plane of the Argentine Air Force crashed: the pilot died...

Meeting in Olivos: Vicentin rejected the expropriation and ensures that there...

Coronavirus in Argentina | Before the flood of tourists, the mayor...

Which company is the most popular in the sale of electric...

Germany approves over € 1 billion in arms deals to Middle...

Banco Galicia and American Express celebrate 20 years with benefits for...

Matías Bagnato’s grandmother died: the pain and struggle of a brave...