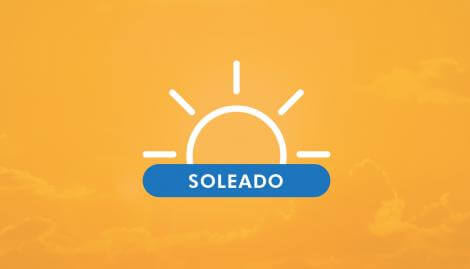 A nice day is expected in Capital, with somewhat partly cloudy skies, winds from the north rotating to the northwest, then northeast and then east, and temperatures ranging from 8 to 15 degrees.

Partial to mostly cloudy skies, northeast winds and thermal markings will oscillate on Saturday between 8 and 19 degrees.

For Sunday they are announced isolated rains in the morning and mostly cloudy sky at night and winds from the south shifting to the east, with a minimum temperature of 15 degrees and a maximum of 21.

this will be listed in August, according to City experts

Elliot Page reappears in networks to thank the support received after...

Luis Zanello died, one of the symbols of the Argentine agricultural...

I stay at home, to the rhythm of the music: from...

Volkswagen confirmed plans to export an additional 400 thousand gearboxes in...

Coronavirus | From this Monday the single movement certificate governs: who...