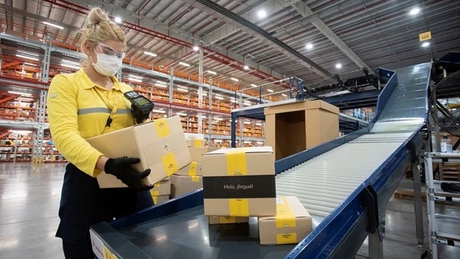 The official figures of economy and work in Argentina pre and post pandemic they are chilling. With a 28-month decline in registered employment and unflattering prospects for what is to come, there is a phenomenon that leaves the pessimistic scenario and that has to do with technology companies broadly, although it is not exclusive.

These are the agreements that allow a company with a high level of activity to add employees from another with the opposite situation and, thus, keep them in the market. Free market and the companies associated with the Argentine Chamber of the Software Industry (CESSI), in addition to Unilever, They are the stars of this phenomenon. Process that promises to expand in the coming weeks with new agreements and that, shortly, these same companies will replicate in other subsidiaries in the region.

In all cases they talk about innovation in the labor market. The agreements concluded in these months could set new precedents in the labor sector going forward.

The first step was taken Unilever when you decided to incorporate some of the General Motors (GM), specifically from the Villa Gobernador Gálvez plant in Santa Fe. These are 15 operators of the automaker who are temporarily working in the mass consumption company. That agreement allowed GM to keep those personnel at the plant, although he was suspended and charging 70% of his salary, personnel that in turn added an additional salary while the temporary contract with Unilever lasts.

The agreement will last until December. GM, who came from working two shifts, is currently doing so in one shift with staff turnover. For 15 days one person performs tasks and in the following 15 days the other does it. Part of the operators who starred in the agreement with Unilever were in this group. It was beneficial for Unilever to have people with the ability to manage equipment.

General Motors: Employees of the automaker perform tasks at Unilever.

Then it was the turn of Free market, who did the same with part of the staff of Le Pain Quotidien, through which he also temporarily incorporated some 100 employees and that, a few days ago, he repeated with employees of Mc Donald’s (Arcos Dorados) and Burger King and Starbucks (both from ALSEA). In these cases it will imply the incorporation -always temporary- of other 150 people.

To this move was added almost in parallel the Software Chamber (CESSI) which faced a similar agreement with Mc Donald´s with the same objective: that the companies associated with the entity know that there is a group of 200 people who are available to be incorporated and trained according to the needs that are being registered in the technology companies. The process of accelerated digital transformation that companies had to complete to remain active with the restrictions of the pandemic it leads this segment to remain dynamic.

Is about agreements between private parties where the existing labor contracting modality is made somewhat flexible without this representing a risk for workers but, on the contrary, translates into a plus of safety in a context where the pandemic and its restrictions offers more uncertainties what other thing. Especially in the economic and labor development fields.

In all cases, the agreements are temporary. Far from representing a loss in wages, the workers who participate in these agreements receive more than one salary during the duration of the contract.

“We are setting the stage for something positive to happen. Today the ICT (information and communication technology) sector employs 115,000 professionals and we want to reach 2030 with 500,000 professionals employed. This implies generating the largest number of people who study technological careers“he explained to iProfessional Jorge Nigro, deputy secretary of the Argentine Chamber of the Software Industry. 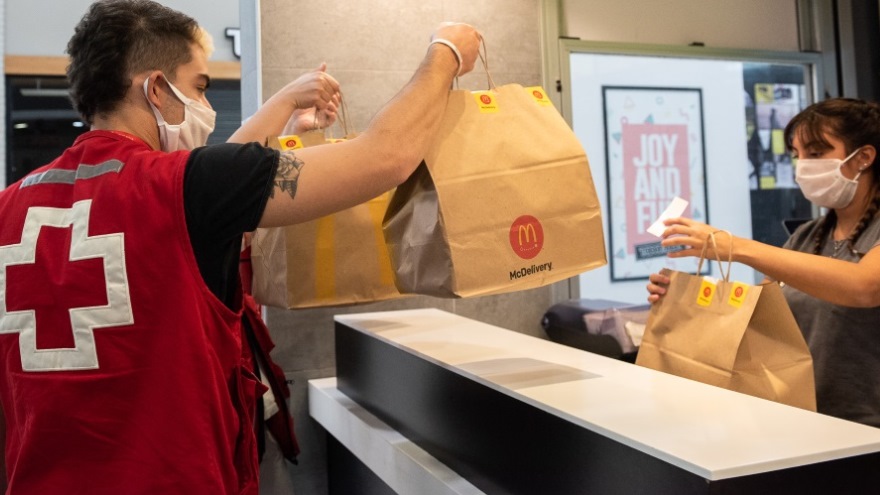 Much of the Mc Donald’s stores are closed and only serve with delivery.

The companies with which the technology companies are closing these agreements are mainly those with large numbers of inactive employees because their restaurants they are closed to the public due to sanitary restrictions by covid-19. And what is concentrated in home delivery is covered with one part.

Hence the agreements turn out to be a relief for companies and mainly benefit employees which, thus, remain active and clear the uncertainty labor. In many cases, this perspective is even broadened.

The agreements concluded between companies in all cases counted on the participation of the unions to ensure the occupational safety of workers. “The role of the unions was fundamental because both parties had to validate that the agreement was positive for the workers,” said one of the companies consulted, signatories of these agreements.

In the case of Unilever and GM, Smata was one of the guilds that closely followed the negotiations. In the case of Mercado Libre and the agreements it signed with Mc Donald’s, Burger King, Starbucks and Le Pain Quotidien “there was no union objection as long as it is about maintaining sources of employment,” said sources related to these negotiations. As part of the agreements, the employees of the chains left the unions of origin and entered Loading and Unloading or Commerce, as appropriate, although maintaining the original social work.

The agreement on which the Software Chamber advanced is different. The entity is officiating as a link between technology companies and Mc Donald’s, as an intermediary, although its task is to detect what type of profiles of the hamburger chain can apply to technology profiles for the medium and long term.

“Arcos Dorados employs 15,000 people and its reality is that it has closed premises. For the software companies this could be a source of recruitment, such as the young people who are already studying technical careers and are located in the areas of poles and technological clusters throughout the country, “added Nigro.

Golden arches have your staff suspended. Hence the possibility that those who have this profile can join the companies represented by CESSI for a period of three months, although as they are temporary contracts they will continue to be employees of Mc Donald’s.

The objective is that, based on these agreements, not only are young people who are already studying careers related to technologies, but also seduce those who do not have this training to sign up for courses and training to acquire those skills. One way to generate that labor mass that is needed with an eye on 10 years ahead.

Before concluding the agreement, it had been surveyed how many young people were in a position to be incorporated more quickly into technology companies. Hence the agreement has been concluded over 200 boys as potential applicants.

The final word will have, however, Arcos Dorados. They will detect the employees in conditions to be temporarily transferred to the technology firms and those that will communicate to everyone the possibility. Then each worker will decide whether to take the step or not.

“CESSI in this case officiates as an intermediary. When you have this list of potential candidates, it will be presented to all the member companies and they will compete to recruit the profiles of their interest. In fact, they will have a job interview. The members of the chamber , as well as the poles and clusters located in different parts of the country are informed of this agreement and are interested, “added Nigro.

The eye will be on both programmers and implementers, analysts, technical support and other areas related to technology in a broad sense. Precisely, what they seek from the Chamber is that the gaze and interest, including that which is necessary to mobilize, go far beyond the programming.

Just as Mercado Libre was expanding its agreements with different companies to add to its staff that reinforces the areas of greatest demand, such as shipping and all the logistics involved in it, CESSI’s objective is also expand that agreement with other actors.

Another point of coincidence that iProfessional detected in the round of consultations is that the companies involved in these new agreements are thinking of replicate them in other subsidiaries in the region.

Although the oldest of the agreements, the Unilever agreement with GM is only two months old, and the remaining agreements take less time, the experience is considered highly positive due to the opportunities it represents for workers. open new horizons when the macro and microeconomic data are not auspicious.

TRUMP SAYS THAT DECREE ON SOCIAL NETWORKS MEANS THAT THE RESPONSIBILITY...

A medical plane crashed in Esquel

Coronavirus scenarios in Mexico: these are the phase 2 measures that...

interview with a former senior official of the Lukashenko regime

The romantic and unusual congratulations of Jordi Cruz’s girlfriend for her...

assault on a protester in Olivos

Salma Hayek and Penélope Cruz: their friction with one of the...