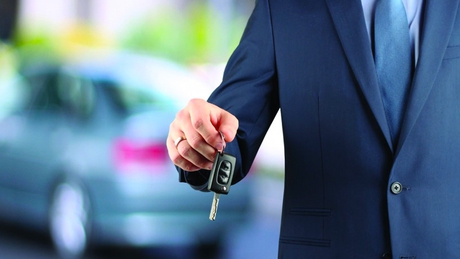 In July, patents experienced a drop of almost 20% compared to June. Agencies speak of lack of stock. What will happen forward?

The car sale 0km It became one of the most difficult businesses to predict, due to the great changes that have occurred in recent months with the rise and fall of patents.

Among the dealers they warn that the brands had in July “big problems to replace the vehicles sold, which generated financial consequences and a decrease in activity. ”

In this context, the Association of Automotive Dealers of the Argentine Republic (ACARA), reported that the number of patented vehicles during July amounted to 30,288 units, which represented a decrease of 18.8% against its predecessor in June, when 37,297 had been registered.

The head of ACARA, Ricardo Salomé, warned that “July has been a month extremely complicated, with 18.8% fewer patents than in June “.

“The main cause is the lack of replacement of the units of the dealers’ stocks, that we are working with very little predictability and in a market where the limited demand that it has cannot be satisfied through supply, this generates immediate financial and economic consequences. Added to this is the decrease in our activity in our workshops that work at 35% of their capacity.

The big question is what will happen in the market with a Dolar blue which remains elevated. It is hoped that there may be a new upturn of the demand, as it happened in the previous months.

Recently, the manager of the Automotive Chamber of Commerce of Mar del Plata, Carlos Freijo, for example, had recognized that in that city “they sold everything” and that that “obeyed to the increased dollar, which made operations grow and the public launched to buy the 0Km available so far. ”

It happens that, whoever has a few dollars saved, can pesify them and access a wide range of models starting at $ 5,500.

Cars: how are the brands today

After the first months that took the industry by surprise, and with a blue dollar that climbed again above $ 140, we went back to see how the brands are today with the 0km stock and what are the forecasts they have for the coming months in terms of 0km patents.

The offer is fair on several products and there are missing other specific and high-demand products, especially the best sellers, according to ACARA.

In the case of Volkswagen, the greatest demand is concentrated in the case of the new SUV for the small segment, the T-Cross, which became the best seller in the category. In this case, the offer can scarce according to the dealer.

Toyota, one of the best-selling brands on the market, is the one that has greater problems of stock. That happens with the case of Hilux, which although it is locally manufactured has a very high demand, and in the case of Corolla, which in its SEG version can have a delivery delay of up to six months.

“A top-of-the-range Corolla can only be delivered in January,” they explained in several dealerships consulted, both in Capital and in the interior of the country. If an intermediate version is chosen, the term can be shortened to November this year.

In the rest of the brands they assure that everything has been normalizing in the last weeks.

“In terms of the flow of imports, there was no alarm in recent days,” they explained from Nissan.

“In stock, we liquidated everything due to a foreign exchange issue that occurred in the last two months, which had an impact on sales, but shortly, we will be updating both the largest number of products that were sold imported from Brazil, which are Kicks and Versa on the one hand, like Frontier, made in Argentina, “they added.

In the case of Chevrolet, consulted some dealers on the latest products, such as Onix and Onix Plus, the best-selling cars on the market, as well as on the new Tracker, recently launched, assured that they have an available offer to comply with the demand.

“At the moment we have stock”, They assured from the automaker that it is working on the new local production project of another model that will join the Cruze, produced at the Alvear plant, in the province of Santa Fé.

In the case of trademarks Citroën and Peugeot They also claim to have overcome the problems and are now complying with the delivery of vehicles, which does not exceed 15 days.

“There is no shortage of stock, but we are fair. There is also no 30-day delay in delivery. That happened last month, after a sales explosion after a couple of months of standstill. There were some missing, but now it is not the same “, they warned from the group PSA.

The same was checked from iProfessional with the case of Fiat, after consulting different dealers for the brand’s most popular products, such as Mobi, Argo and the Cronos, which is another of national manufacture.

Where there was a rapid shortage of models was in the car segment of high spectrum. Although in this case sales are barely 1.5% of the total market, the exchange rate widely favored the sale of this type of model.

In the previous two months, there were many missing items and only in July did they catch up again with some of the most demanded products, which are many of the entry-level products of each of the leading brands, which are Audi, BMW and Mercedes Benz, as well as SUVs, which are what had the highest increase in sales.

Along with this replacement, these automakers continued with their product launch and renewal plan. In recent weeks the new Mercedes Benz GLB was launched; the new BMW 2 Series, 1 Series and X6; and in the case of Audi it added the Q3, A6 and A7, among other restyling.

What if the blue goes up?

With these fluctuations in the market, and after two months of surprises where sales grew unexpectedly, automakers assure that today they are “just stock” to respond to another rise in demand due to the effect of the blue dollar.

“If there were an explosion of demand, especially driven by the rise in the blue dollar, which continues to accelerate, it could be that, again there are missing, but the expectations are not so great either because there is a lot of economic uncertainty, “they explained from a terminal.

At other dealerships consulted by iProfessional, yes they are a little more confident and assure that every time the dollar shoots up queries growAlthough they acknowledge that people are also afraid to part with their dollars while waiting for it to continue to rise.

On the other hand, what happens is that sales are very concentrated on specific products, and those are the ones that end up most adjusted the month.

Toyota Corolla, with a delay of up to 6 months of delivery.

One case is that of pick ups, both Toyota Hilux, Ford Ranger and Volkswagen Amarok, in many dealerships they have long delivery delays.

It also happens with the case of SUVs, the ones that grow the most in sales. For example, in Nissan there is much more delay to get the Kicks, the best-selling brand, while some Jeep outlets are also complicated with Renegade, which positioned itself as one of the best-selling SUVs on the total market.