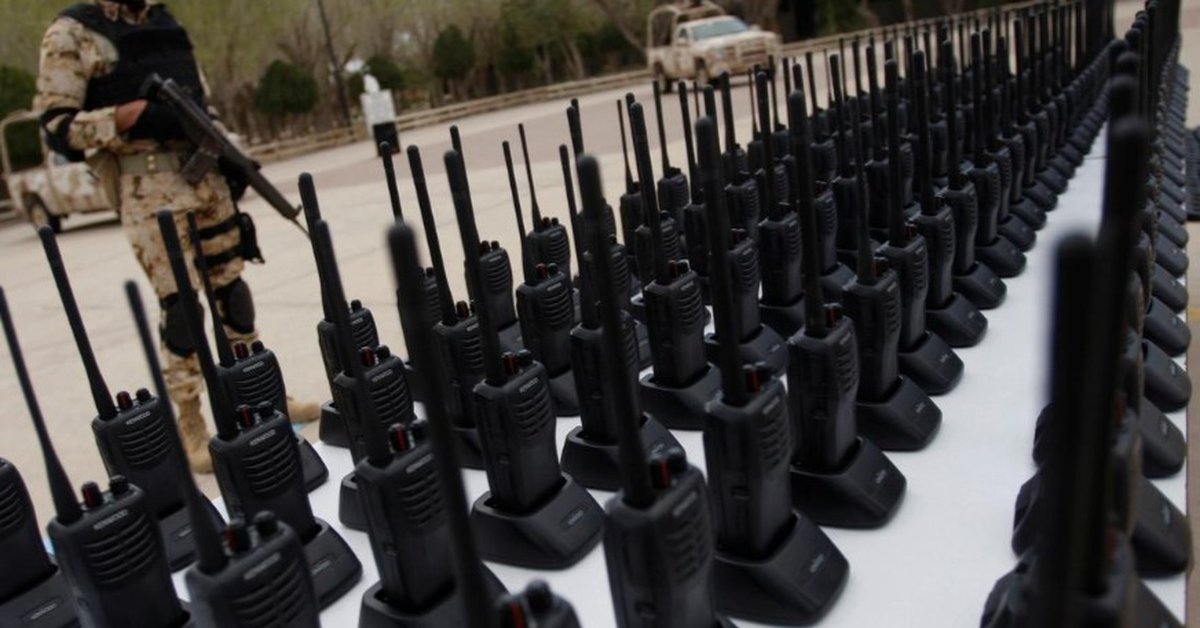 Disposable $ 50,000 planes, submarines, geolocation (GPS), the internet, and the global banking system are examples of new and not-so-new technologies they use the drug traffickers in Mexico, but corruption is its main ally, specialists say.

“It is the banality of impunity,” Alejandro Hope, national security analyst, tells Infobae Mexico. “You can’t see them as a James Bond … they are not that sophisticated,” he told Infobae Mexico.

“State-of-the-art technology is being used in some respects, in others we continue with the same techniques of years ago, ”an Air Force member who requested anonymity tells Infobae.

Although organized crime often incorporates the technologies available to them and even the hiring of specialists such as mining engineers, says Raúl Benítez, a security specialist at the National Autonomous University of Mexico (UNAM).

The video that circulated on social networks in recent days with heavily armed men who allegedly belong to the Jalisco New Generation Cartel (CJNG) it’s more of a “digital narco blanket” and propaganda, adds Hope.

According to the illegal activity is the technology to use.

To introduce and move the drug into the territory, the drug traffickers move by air, sea and land, according to experts.

By air, they use ships that range from $ 50,000 old light aircraft that are abandoned upon landing or aircraft that can fly non-stop from Colombia to Mexico.

“They are known as high performance or speed aircraft, great load capacity and autonomy ”, says the element of the Air Force.

Those aircraft they fly without refueling for 8 continuous hours, They are modified for this and their speed makes it easier for them to travel the 3,600 kilometers between Colombia and Mexico, says the source.

To operate Hawker 700 and 800 aircraft They offer pilot job positions for entrepreneurs with salaries of up to USD180,000 per flight. The trips, according to the offer, are from South America to the north and southeast of Mexico.

“They are too high for me, maybe they are just for hooking,” says the source.

In front of high-speed planes are old planes that adapt to fly longer, says Benítez of UNAM.

By sea, they use semi-submersible vehicles made of fiberglass that move up to 10 hours between 5 and 6 meters underwater with a capacity of 5 tons, without reaching the sophistication of a submarine, says Benítez.

To operate them they hire 2 or 3 crew members with their food supply and they travel at night and only go out afloat to get “fresh air”. Its manufacture is in home workshops.

Communication is key and for this they can use an old cell phone with only text messages or with the internet and messaging services like Telegram or Whatsapp that allow point-to-point encryption.

At once, incorporate “sophisticated modern communication systems, that they have the ability to not be intervened and thus have a secure communication channel, “says the source of the Air Force.

And to launder the money, that is to say, that I seem lawful, they use the global financial system to move it from account to account, says Benítez.

That is dirty money meets clean money through banks in Mexico, especially through partnerships between “entrepreneurs” at one point and another.

The Tax Administration System (SAT) has equipment to detect unusual movements but when dealing with companies it is difficult to keep track, he says.

In the other side, the Mexican Army uses radars installed in strategic areas of the country to detect illicit aircraft X-ray systems similar to those of international airports enter the territory and on highways, says the army source.

But the main tool of the drug trafficker in Mexico is corruption, the sources agree.

Bribes at customs, the purchase of police and officials are the resource that best serves this organized crime, a tool “that is not a technology,” say Benítez and Hope.

Inside Chapo Guzmán and Emma Coronel’s wedding: this was the words of the former beauty queen

The unpublished photos of Emma Coronel’s brother, accused of supervising the construction of the tunnel through which El Chapo escaped