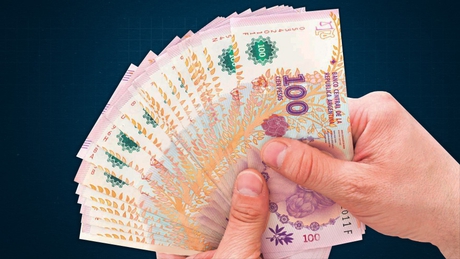 The event occurs in a town in Río Negro. They warn that several of those involved have a job and do not meet the requirements of Anses

The tranquility of the town of Sierra Chica, in the province of Black river, disappeared in the middle of a strong controversy: three children of the mayor, municipal officials and their wives were known to collect the Anses IFE voucher from $ 10,000.

Now, in the center of all eyes is the communal chief Fabián Pilquinao, who was reelected in the last elections with a list of the Front for Victory. It happens that the three children of the mayor, Fabricio, Silvio and Lautaro Pilquinado, collect the Anses bonus, according to the Clarín newspaper, based on Anses data.

Furthermore, it was learned that the official’s wife also applied to the IFE, but was rejected because she did not meet the required conditions. The family group of 5 people has the same address in Sierra Colorada, indicate the records of the national body.

In addition, the president of the Deliberative Council, Daniel Cheuquepal, and the wives of two of the main municipal government officials collect the $ 10,000 pesos from the Anses IFE bond.

Is it valid for them to collect the Anses IFE bonus?

The situation of these beneficiaries generates controversy because they would not comply with the regulations required by ANSES, according to Clarín.

In the case of the Intendant’s children, they appear under the same parental address in different registers. For his part, the president of the Deliberative Council already receives a monthly payment due to his political activity. Finally, the aforementioned women are a couple of paid municipal officials.

“The Emergency Family Income is intended for native or naturalized Argentines, with a legal residence in the country of not less than 2 years, who are between 18 and 65 years old. That they are in turn unemployed, informal workers, private households, social monotaxers and monotributistas only of categories A and B“, indicates the ANSES protocol.

Among the exclusionary requirements are: “That neither the owner nor his family group have income from: a job in a dependency relationship in the public or private sector, an unemployment benefit, social plans, complementary social salary,” We Make Future “programs , “Boost Work” or other national, provincial or municipal social programs that do not receive contributory or non-contributory national, provincial, municipal or City of Buenos Aires retirements, pensions or withdrawals, as well as not being category C monotributistas or superior, or the autonomous regime “.

The Anses IFE voucher was created to assist people in vulnerable situations during the pandemic.

“I am a simple changarín, I am a plumber by profession. When the political life is over I will return to mine. I have no money and neither did I give any of my children jobs in the municipality. In this city there is a tremendous level of unemployment. If they processed the IFE they did it on their own, because they don’t live with me, “Pilquinao, who is already on his third consecutive term as mayor, explained to Clarín.

“I am not aware that the officials or their wives charge. Here the officials earn a shit of silver, 20 thousand pesos or thereabouts,” he added.

From the ANSES Río Negro they told the Buenos Aires newspaper that “if the person has no income and meets the conditions, it corresponds to him. This is a closed system, we do not designate by finger who has to receive it. The person writes down their ID, places an email and that’s it. Then the system confirms if it is ok or not. “