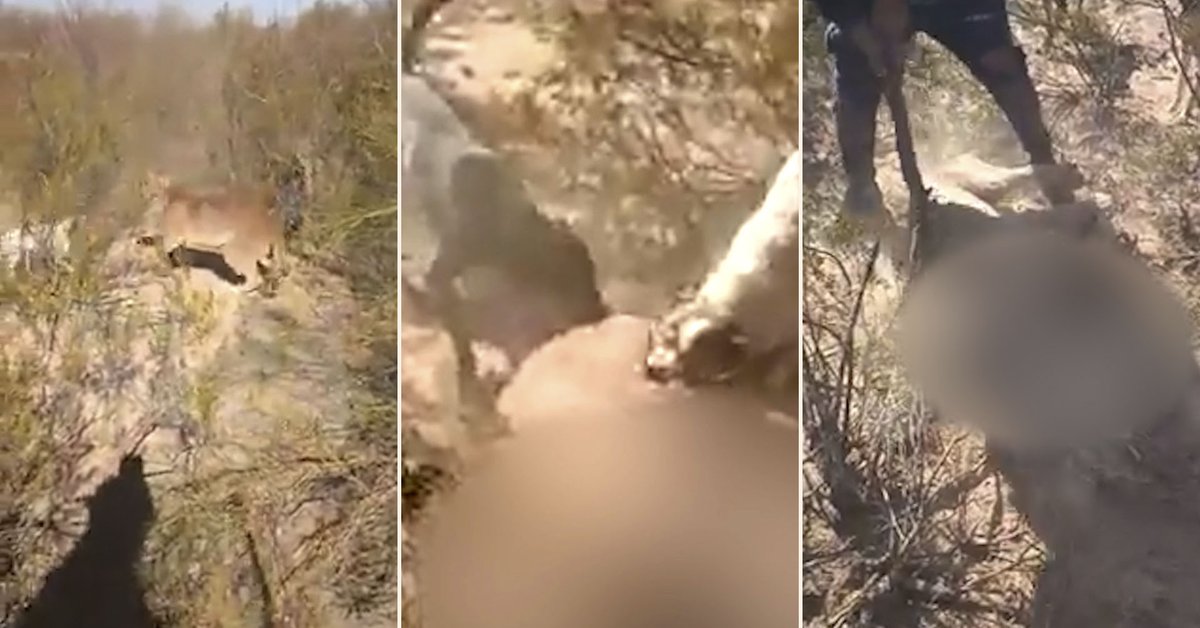 After the images went viral this Wednesday in which merchants from the El Careaga area hunted with shovels a cougar that was disoriented by fire in the grasslands on the Paraná river, The Entre Ríos Police raided a house in Arroyo Careaga on Thursday.

Police officers The skin of a large Argentine cougar and a firearm were kidnapped on the farm, so its inhabitant was accused of the alleged violation of the National Law for the Conservation of Fauna.

The raid was carried out this Thursday afternoon in a house located in the islands area of ​​the Victoria department, he informed Telam the head of the 1st Police Station of that entrerriana jurisdiction, the main officer Ricardo Galeano.

“The police station staff arrives at that house, after images of a man slaughtering an animal of the ‘Argentine foam’ species have become viral,” he explained, adding that the images “clearly displayed the face of the person, slaughtering and eviscerating the puma animal ”, a protected species in the country.

“Following an investigation with the Victoria Prosecutor’s Office, it is possible to individualize the male and a search warrant is requested,” Galeano said.

By practicing this procedure in the home, the police kidnapped “a skinless skull with decomposing meat and fur with hair in the process of tanning, of an animal of the Puma Argentino species ‘Color Cabrerae'”, detailed the police chief.

He also stated that a 16-gauge shotgun and Orbea cartridges were seized, with which man would have killed the animal.

The inhabitant of the house was subject to the cause, for alleged transgression of the National Law No. 22,421 on the Conservation of Fauna, and the Provincial Hunting Law No. 4841, Decrees and resolutions in force, for the conservation of Wild Fauna.

It should be remembered that in the viralized images the lost animal could be seen in an area devastated by the flames, a person filming and another with a stick in their hands that approach the cougar.

When within range, the branch owner began to repeatedly hit the cougar on the head.

In the film material, a dog is also seen biting the cougar in its legs, during the attack with shovels.

In a second part, at night and in another area, a man and a woman are seen showing the cougar on the camera as a hunting trophy. “They don’t know what this cat is, what a piece of cat (…) This goes for all the motherfuckers who never believe that I catch a bug,” says the man in front of the camera.

Faced with what happened, the director of the Fundación Vida Silvestre Argentina, Manuel JaramilloHe assured: “It is very strong. I couldn’t finish watching the video. But it is one more example of the lack of link between people and nature. It makes us forget that they are species that we have to protect and with which we have to survive ”.

He also said: “I understand the fear that a cougar may give you, but there are many other options before you beat him to death. This could have turned into an even greater tragedy, the animal could have killed a person. Actions like these not only put wild animals at risk but also people. ”

In the midst of a coronovirus pandemic, an endangered cougar appeared in the courtyard of a house in Entre Ríos