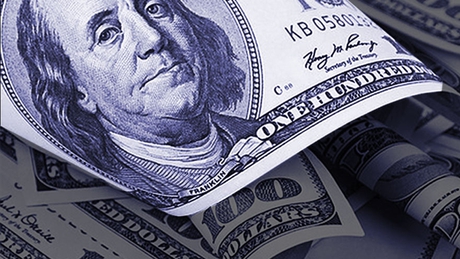 In the parallel market, the currency remained stable. See what the price of the blue dollar is today and how they quote the dollar Exchange and the cash with liquidation

This occurs in the midst of restrictions on buying the $ 200 for savings imposed by the Central Bank.

He Dolar blue it operated unchanged this Thursday and consolidated at $ 135 in the caves of the Buenos Aires downtown, while the rest of the exchange market prices operated with mixed behavior. The so-called “tourist dollar “, who in his slow but continuous ascent broke the barrier of 99 pesos.

In addition, investors looked closely at the stock quotes They try to be contained with the latest restrictions imposed by the National Securities Commission (CNV).

As noted above, the Dolar blue it listed $ 135 in caves in the Buenos Aires downtown.

In turn, in the wholesale segment, the US currency closed the day at $ 72.26, always under the watchful eye of the Central Bank (BCRA).

In the official retail market, the North American currency operated at an average of $ 76.27 in agencies and banks in the city of Buenos Aires, so the tourist dollar, which is calculated with the surcharge of 30% of the COUNTRY tax, sold for $ 99.15.

According to the usual survey that the central bank Among the main financial entities that operate in the City, the sale prices were as follows:

He Dolar blue, which was located at $ 135, it does not have an official price, but its value comes out of the average price at unofficial exchange places.

For his part, the country risk of Argentina it stood at 2,280 basis points.

Debt and the dollar: the most listened specialist in the City reveals how much the exchange gap will increase if an agreement is not reached

“Economic and political logic says there can’t be no deal. There’s no point in arguing for $ 3 each.” The phrase is at the expense of Marina Dal Poggetto, the executive director of EcoGo, one of the most listened to consultancies in the business and economic world, during a webinar organized by Balanz Capital.

The specialist reviewed the most urgent issues on the economic agenda and, at the end, drew up two “extreme” scenarios that could occur depending on how different variables turn out and the result of the debt swap. He dollar, and the exchange gap, was the icing on the cake in terms of economic forecasts.

Dal Poggetto proposed a “stabilization” scenario, where global liquidity is sustained, there is an agreement with the exchange bondholders, it is going towards a fiscal convergence of 2% of GDP (currently it is going to 7 or 8%), and there are an agreement Stand By with the International Monetary Fund to kick the maturities that start weighing from September next year.

The director of EcoGo believes that the parallel dollar is expensive but that “it can continue to rise.”

One of lime, another of sand

The pessimistic scenario, which the economist says can happen, is one of “stagflation” where global liquidity stops, the swap is frustrated, the deficit continues to 6% in 2021 and there is no roll over massive with the Fund. The differences between the optimistic and the pessimistic forecast is remarkable, and from that, the entrepreneurs have to pivot depending on which one they consider the most probable.

The dollar, for example, is a faithful exponent of those extremes that could occur. In the case of the benevolent scenario, the official dollar ends this year at $ 86 and the parallel (taking the counted with liquidation) closes at $ 137.

By 2021 is where the odds begin to play out. EcoGo estimates show that “if all goes well,” the official dollar is heading toward $ 105 by the end of next year, while the parallel would be at $ 143. But, in the “stagflation” scenario, the official exchange rate would go to $ 146 and the cash rate would fly up to $ 292 by the end of 2021. “The exchange rate for cash with liqui is currently very high but it does not mean that it cannot be higher,” he said.

“If you reach an agreement with the bondholders, that leaves you few holdouts, Access to the exchange market is unzipped. Today you have a 60% gap with a high exchange rate. A level of market exchange rate that is at overshooting, with an agreement, decompresses it. But bad news makes you shoot. It’s a binary scenario, “said Dal Poggetto.

Dal Poggetto believes that certain restrictions on the foreign exchange market will be relaxed for companies.

The BCRA and public spending

Regarding whether there is scope for the exchange rate to be lifted, Dal Poggetto said no, “but yes to take out some measures – such as the last ones – that are of the Berlin Wall“

“These types of controls, if they are sustained over time, the transfer to prices of the exchange gap will be greater. Today you have the economy stuck and that generates esoteric things. You have a market access regime depending on how your company is managed So the outlook is bad … to get these controls you need a normalization of the debt, settlement with the Fund and improve the fiscal issue, “said the director of EcoGo.

The same would happen with the economy: GDP will fall 12% this year, and in the best case 2021 rebounds 7.8%, but if it were not, the level of activity would be zero next year (zero growth). On the other hand, the executive director of EcoGo stated that the dynamics of spending “needs to be turned” for the economy to be sustainable going forward. Spending grows 40% annually this year, explained by almost 8% in retirements, 4.5% by the pandemic and 2.7% in subsidies. “I never saw spending drop in the middle of an election campaign,” said Dal Poggetto, regarding next year’s midterm elections.

“There are macro fundamentals that play in favor of Argentina, but there is no definite course. What there is is a government that has a political wealth that until now has the capacity to maintain it. Sometimes for the positive and others for the negative to get new funds to get fiscal resources, “he said.