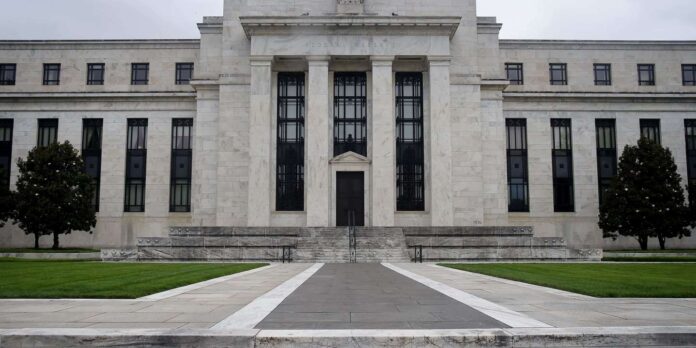 The figure marks the official entry into recession of the world’s largest economy, after an already declining first quarter. The GDP of the United States showed a historic fall of 32.9% in the second quarter, on an annualized basis, under the effect of the Covid-19 pandemic, according to a preliminary estimate by the Department of Commerce released Thursday, July 30.

Falling GDP “Reflects the response to Covid-19, with containment measures imposed in March and April, partially offset by the reopening of part of the activity in certain regions of the country in May and June”, details the department of commerce in its press release.

The contraction, which is also lower than the 37% drop estimated by the International Monetary Fund (IMF), is largely due to lower consumer spending, a major component of gross domestic product, which fell 34.6% in the second half. quarter, also on an annualized basis.

Spending on services, one of the sectors most affected by the crisis, fell by 43.5%: private investment fell by 49%. Not surprisingly, federal government spending jumped 17.4%, on the back of financial assistance to households and businesses. Consumer prices also fell 1.9% in the quarter, when they were up 1.3% in the first quarter, according to the PCE index also released Thursday.

In the first quarter, the GDP of the world’s largest economy fell 5% under the impact of containment measures imposed in mid-March. The United States grew 2.3% in 2019, and President Donald Trump, who had made the health of his economy an argument in his race for re-election, was aiming for 3% per year.

In addition, against the backdrop of the resurgence of the pandemic in the west and south of the country, new weekly claims for unemployment benefits once again rose to 1.43 million last week, a number higher than analysts’ expectations. , according to figures released Thursday by the labor department.

The ministry specifies that this number, established for the week of July 20 to 25, is up 12,000. The statistics, higher than the expectations of analysts who were counting on 1.4 million new applications, illustrates the difficult decline in unemployment then that the authorities are struggling to control the Covid-19 pandemic.

Read our interview with Jennifer Hunt: “By preventing the entry of new immigrants, Trump would penalize the US economy”

The COE would announce the opening of the commercial galleries

Trump, the richest US president, leaves the White House 900 million...

McAfee would face the definitive closure of its offices in Córdoba

You can already collect on account DNI of Banco Provincia

Some in Arizona reject orders to put on face masks

SMEs, with low expectations regarding loans at subsidized rates

EU.- The EU and India will celebrate on Wednesday by videoconference...

Developmentalism, pandemic and later: where is the sector going