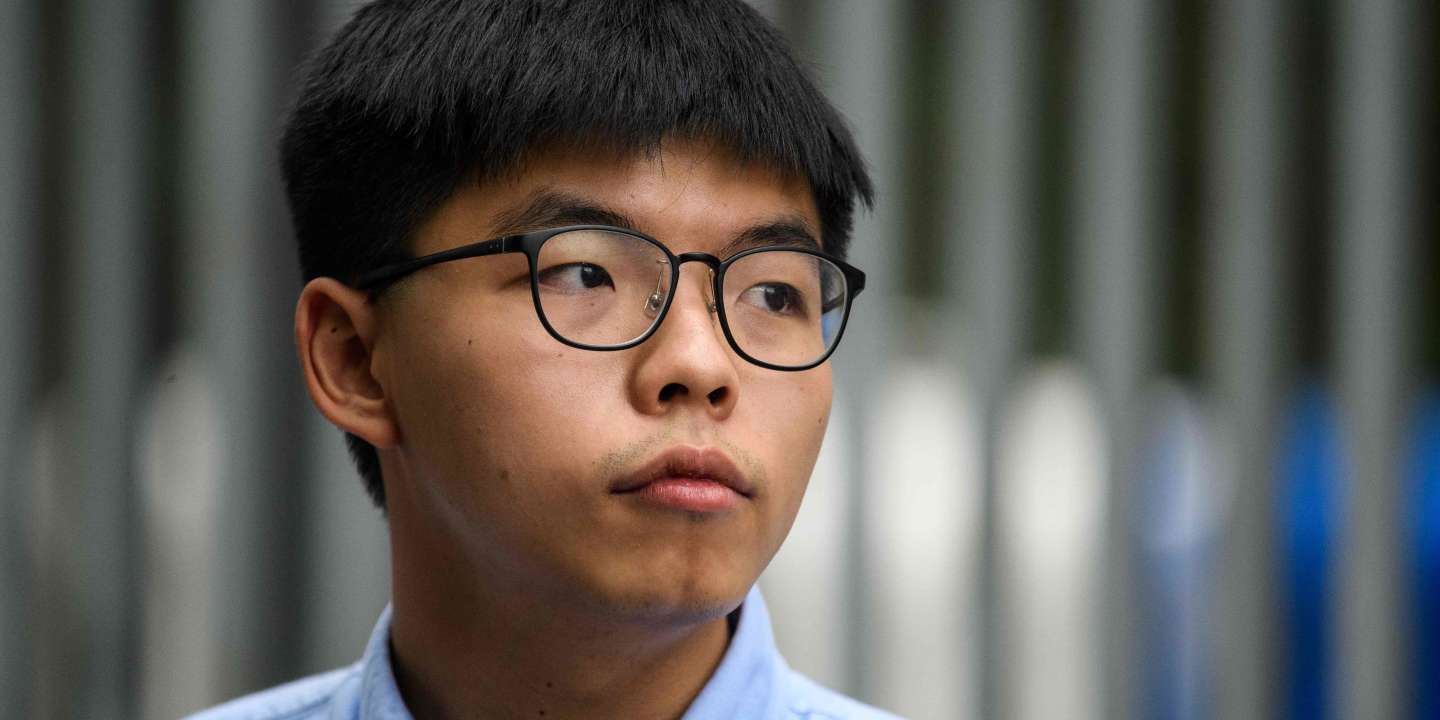 The candidatures for the legislative elections in Hong Kong of 12 pro-democracy activists, including Joshua Wong, figure of the “Umbrella Movement”, were invalidated, announced Thursday, July 30, the failed candidates. They denounced a “Total contempt” of Beijing towards the Hong Kong people. Beijing quickly hailed the disqualification of “Delinquents” of the electoral process.

Hong Kong people are called to the polls in early September for crucial Legislative Council (LegCo) elections, nine months after the pro-democracy movement’s triumph in the local elections, when the former British colony in 2019 experienced its worst political crisis since its handover to China in 1997.

“I just got disqualified from the LegCo elections, when I was the biggest winner in the primary”, Joshua Wong announced in a tweet, who had been the face of the “Umbrella Movement” in 2014. More than 600,000 Hong Kong people participated in the primaries organized by the parties of the pro-democracy camp in mid-July in the city of 7.5 million inhabitants.

The day before, Wednesday July 29, Hong Kong police arrested four students of the independence movement under the controversial new national security law, imposed by Beijing on its semi-autonomous territory on June 30.

“The most important repressive measure”

“Beijing shows utter contempt for the will of the Hong Kong people, tramples on (…) the autonomy of the city and seeks to keep the Hong Kong Parliament under its yoke”Mr. Wong added. He denounced “The most important repressive measure” against the pro-democracy camp, explaining that the authorities had disqualified “Almost all pro-democracy candidates, from the most recent progressive groups to traditional moderate parties”.

“The Hong Kong government supports the decision (…) to invalidate 12 candidates for the Legislative Council elections”, the government announced in a press release. Several of the failed candidates have confirmed on social networks these invalidations, and in particular some figures such as Gwyneth Ho, Lester Shum, Tiffany Yuen and Fergus Leung.

The Civic Party, one of the most prominent parties in the pro-democracy movement, announced that four of its members had not been allowed to stand: Alvin Yeung, Dennis Kwok, Kwok Ka-ki and Cheng Tat -hung.

Pro-democracy triumph in the last elections

The LegCo has 70 members appointed according to a convoluted system that almost certainly guarantees a majority for the pro-Beijing bloc. Only 35 are in fact elected by direct universal suffrage, the others being mainly appointed by socio-professional groups acquired in mainland China. But the pro-democracy movements hoped to bring back to the ballot box the success of their extraordinary mobilization of the past year.

Hong Kong has been the scene for six months of almost daily demonstrations to defend freedoms and denounce China’s interference in the affairs of its semi-autonomous region. The popularity of these demands was confirmed in the local elections of November 2019 marked by a triumph by the pro-democracy camp, which took control of 17 of the territory’s 18 districts.

More recently, the National Security Law, imposed by Beijing in response to these political challenges, significantly curtailed political freedom in the territory by sanctioning “Subversion, secession, terrorism and collusion with foreign forces”.