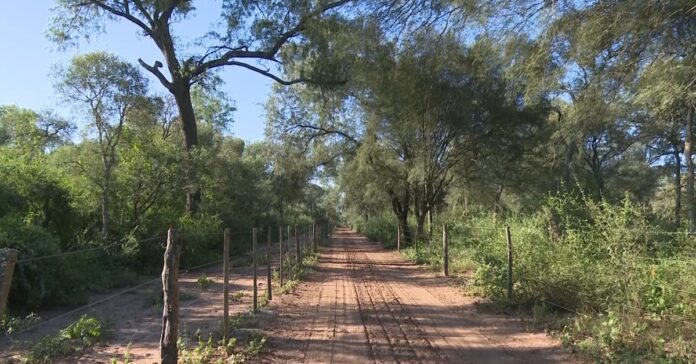 As reported by the Ministry of Environment and Sustainable Development, Argentina lost 6.5 million hectares of native forests between 1998 and 2018: 87% in the Chaco park, the second focus of deforestation in South America after the Amazon,

The data suggests that, until 2015, the standard’s management instruments had a progressive impact on the gradual decrease in the deforestation rate, but then it grew again.

As of 2016, the report indicates, the reduction or elimination of withholdings on grain exports (especially soybeans) encouraged clearing to expand the border of these crops to the detriment of the area of ​​native forest, especially in the Chaco region. .

This also caused the displacement of communities that developed their economy and culture based on the native forest.

This scenario determined a process of concentration of land and wealth accompanied by a homogenization of production based on monocultures and the loss of generation of forest environmental services. In this way, between 2016 and 2018 the deforestation rate increased again.

52.8% – some 946,769 hectares – occurred in the red and yellow categories, that is, in areas that the law prohibits. In addition, some 983,467 hectares were lost in forests not incorporated in the provincial regulations.

For the national portfolio of Environment, in charge of Juan Cabandié, the monitoring, the prevention, the brake to the illegal clearing processes and the management of the native forests are priority actions., as well as the revision of existing policies to be more effective in fulfilling these tasks.

In this sense, the Ministry strengthened the Deforestation Early Warning System during 2020, with improvements in the precision and periodicity of the information generated.

Also, reached agreements with the provinces to apply funds withheld from previous years for $ 660 million, which add to the $ 570 million available for this year.

With respect to the causes of deforestation, the main ones are agricultural expansion and diversification, especially intensive agriculture and livestock.

The report recalls that forests are essential for water regulation; conservation of biodiversity, soil and water quality; carbon fixation; the diversification and beauty of the landscape, in addition to the defense of cultural identity.

Deforestation, on the other hand, causes the loss of biodiversity, the reduction in the ability to mitigate climate change, generates hydrological changes with decreases in the productive capacity of soils and increases the risk of floods.

In addition, it diminishes the provision of ecosystem services to society, including: the pollination of crops and native flora, the dispersal of fruits and seeds, the natural regeneration of forests, including woody trees of forest interest, the biological control of pests of crops, the hydrological resilience of natural and cultivated ecosystems and the genetic diversity of native species of plants and animals.

It also affects the formation, fertility and availability of soils, the aesthetic value of forests, the provision of firewood, wood, food resources and other essential consumer goods for local communities.

The study also reveals the socioeconomic characteristics of the population living in native Argentine forests, of 5,064,918 inhabitants (13% of the total country).

Meanwhile, from the Map of Native Peoples, it was determined that 65.6% of the indigenous communities registered in the country are within the OTBN.

The productive model that replaces the forest with pastures or annual crops is linked to the loss of rural employment, the concentration of land and the migration of the rural population to urban centers.

The report, called “Causes and impacts of deforestation of native forests of Argentina and alternative development proposals”, was carried out by the Secretariat of Environmental Policy in Natural Resources, through the National Directorate of Forests and technicians of the National Institute of Agricultural Technology (INTA) and the Association of Forest Engineers of Chubut.

The document maintains that It is necessary to strengthen the development tools related to native forests, so that they form part of the country’s productive matrix, in a responsible and sustainable way, generating roots and local wealth.

This, adds the report, is achieved with a policy that accompanies the multiple use of forests, integrated livestock development, wood and non-wood forest production, with generation of added value at source, improvements in marketing and income distribution in the forest productive frameworks, ecotourism development and restoration of the capacity of ecosystems to provide services to society.

The publication of the full report is available for public consultation at the Environmental Information Center.

Despite the quarantine, more hectares of native forest were deforested in Argentina than last year

In Belarus, two members of the opposition coordination council arrested

Angela Merkel on lockdown extension: ′ Mutations may destroy any success...

YPF to upload 22 teams in Santa Cruz to reactivate production

Mala Rodríguez says goodbye to 2020 with a controversial full nude...

Coronavirus | Part of the silver from José López’s bags is...

“The couple is happy because they do not live together” /...

What is the price of the BLUE DOLLAR TODAY, Monday, August...