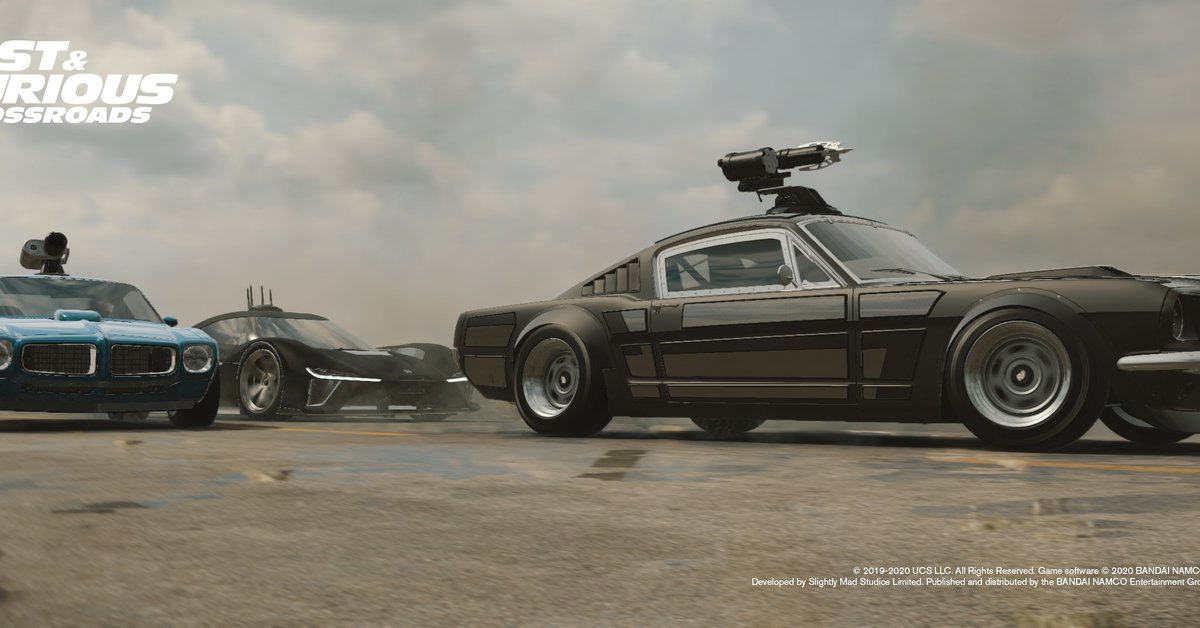 Madrid, Jul 30 (EFE) .- Dose of speed with “Fast & Furious Crossroads”, nostalgia and fantasy with the return of Oliver and Benji in “Captain Tsubasa: Rise of New Champions” and an impressive realism in “Flight Simulator” will be the most outstanding experiences within the novelties in video games for the month of August.
– “Brawlhalla” (August 6. Smartphones: iOS and Android). Now available for PC, PS4, Xbox One and Nintendo Switch, this action and fighting game arrives now, and for free, on iOS and Android devices.
Friendly games, qualifying competitions or private rooms with friends to play online or locally and become the king of the combat arena of the “most boastful” game developed by Blue Mammoth Games and distributed by Ubisoft.
– “Fast & Furious Crossroads” (August 7. PC, PS4 and Xbox One). Reckless driving is one of the most repeated genres in the world of video games, giving its users the opportunity to emulate, as in the case of “Fast & Furious”, the characters of the famous film saga.
The developer Slightly Mad Studios, creators of “Project cars”, have the difficult challenge of moving a film to the video game format, something that, based on past experiences from other film franchises, has had more detractors than fans. However, the game will bring action and great doses of speed in illegal races held in different cities around the world.
– “Flight Simulator” (August 18. PC and Xbox One). New installment of the acclaimed flight simulation saga developed by Microsoft that improves, surprisingly, its graphics compared to previous versions, which has made this title one of the most anticipated of the year.
Commercial, private planes, light aircraft of different sizes and a wide range of options in relation to the weather simulation that has already surprised since its first trailer and will delight those lucky enough to have an Xbox One or a PC.
– “PGA Tour 2K21” (August 21. PC, PS4 and Xbox One). In this month of August there is also room to satisfy the wishes of lovers of sports video games. With the official PGA license, this title, which will arrive on PC, PS4 and Xbox One on August 21, will allow its users to compete against the best golf players in the world.
Different game modes, among which the new “Career Mode” stands out, and the possibility of following the official rules of professional golf or creating your own, “PGA Tour 2K21” is a candy for lovers of one of the most technical sports , both at the video game level and in real life.
– “Samurai Jack: Battle Through Time” (August 21. PC, PS4, Xbox One and Switch). Based on the Adult Swim Games animation series, this action-adventure title will let the player step into the shoes of the legendary Samurai Jack, a warrior capable of time travel.
Developed by Soleil under the review of Adult Swim Games, this video game will make the user travel through different times with the intention of ending the reign of the evil Aku, an adventure in which mythical characters from the production will appear, such as Scaramouche, Sir Rothchild or The Scotsman.
– “Wasteland 3” (August 28. PC, PS4 and Xbox One). Third installment of the well-known tactical role saga that, this time, is located in Colorado to give its players a new opportunity, after the good reception of its two previous titles, to get into combat mode.
With new combat options and a new “Cooperative Mode”, introducing so-called “team skills” as well as the use of vehicles to fight, this post apocalyptic cut title will make the player travel, train recruits, explore the terrain, build a new base and, above all, use all the weapons at your disposal to defeat your enemies.
– “Captain Tsubasa: Rise of New Champions” (August 28. PC, PS4 and Switch). Nostalgia will invade all those fans of the legendary manganime series starring Oliver and Benji with the new title of Tamsoft and Bandai Namco, “Captain Tsubasa: Rise of New Champions”, available on PC, PS4 and Switch from next 28 of August.
For the peace of mind of Oliver and Benji’s staunch supporters, the title will bear a close resemblance to the animated series, making for the everlasting shots on goal, the spectacular saves by the goalkeepers, the endless runs or the fantasy movements of the skilled players They will be the strengths of a game in which football is raised to its maximum power.
Patricia Muñoz Sánchez