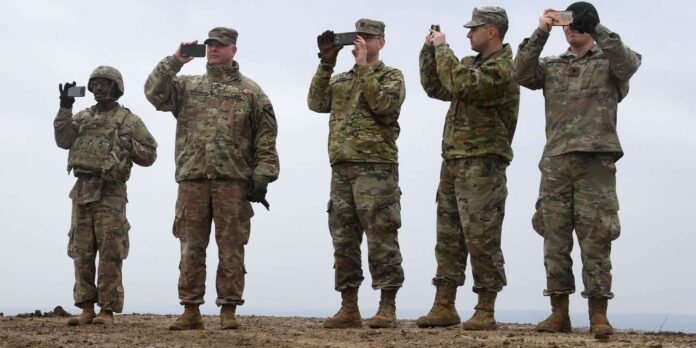 The ax has fallen. The United States Defense Secretary announced Wednesday, July 29, the withdrawal of 11,900 American troops from Germany, which so far numbered 36,000, in accordance with President Donald Trump’s wishes expressed in June. Mark Esper has tried to make this redeployment part of a strategic reflection. He assured that the 5,600 soldiers who will be repositioned in Belgium and Italy will allow ” to strengthen ” the Atlantic Alliance and “To improve deterrence vis-à-vis Russia”, while the rest of the troops concerned will nevertheless be repatriated to the United States, even if they return to the European theater within the framework of rotations.

The defense secretary has also been denied, almost in real time, by Donald Trump. “We are downsizing because they [l’Allemagne] do not pay their bills. It’s very simple: they are delinquents ”, assured the President of the United States, who was about to leave the White House for Texas, stigmatizing the behavior of Germany. After touting his ability to convince NATO members to increase their military spending, Trump said “Most of them will be up to date. The one that will not be up to date is Germany. We are spending a lot of money on Germany. They take advantage of us in trade and they take advantage of us for the military. “ The bill for this withdrawal will run into billions of dollars, however, according to Mark Esper.

Congressional reservations about this withdrawal, including within the Republican Party, have had no impact on Donald Trump, who regularly criticizes the number of American troops deployed outside the United States. However, this number has been steadily declining for a decade and is now below 200,000. Asia is the area with the most American troops – in Japan and South Korea -, ahead of Europe.

The administration of George W. Bush had already decided, in its time, a withdrawal from Germany of 30,000 soldiers, but it had occurred before the Russian interventions in Georgia and Ukraine in 2008. This new reduction reflects above all a punitive will. Faithful to his purely transactional conception of foreign affairs, Donald Trump has also assured about his German interlocutors: “If they start paying their bills, I might think about it. ” In addition, as the joint press conference of Donald Trump and his Polish counterpart Andrzej Duda in Washington showed in June, the American redeployment is fueling intra-European competition, even if the Polish president has clearly not won on Wednesday.

You have 41.77% of this article left to read. The rest is for subscribers only.

The first Spanish women to wear pants to work, those of Tomelloso / Spain News

In Spain, the Covid-19 highlights the inhuman living conditions of migrant...

Princess Carolina regains her post after months of isolation / Spain...

Markets fall again, concerned about the advance of the epidemic in...

BLUE DOLLAR, about 10 pesos less than the solidarity / Argentina...

American Republicans’ convention could go without press for the first time