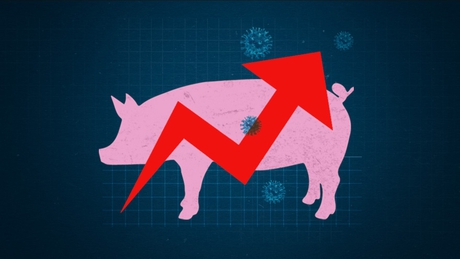 The African plague decimated 40 percent of the head stock required by the giant to guarantee consumption. The local chain, on the defensive

The intention of the Argentine Government to fasten an eventual investment of the order of 4.8 billion dollars, to be specified within 6 years, to supply the Chinese demand for pork encourages controversy beyond official attempts to make the project less relevant.

The tenor of the venture encourages the worst fears among the popes of local pig production as the decision of the Orientals is to control all the instances of product generation, from aging to shipment, through ground transportation, the work of refrigerators and even storage in chambers, without requiring local suppliers.

Within organizations such as the Association of Small and Medium-Sized Pig Producers in Buenos Aires, they also warn that any situation of consumption paralysis in China would cause a surplus of meat in the local market that would completely destroy Argentine breeders.

The magnitude of the potential disbursement excites the Fernández-Fernández administration in general in the face of the drought of fresh funds from its own default and the context of global economic and financial paralysis due to the effect of Covid-19.

In the ranks of the ruling party, they recognize that closing an agreement with China would mean completely turning around a scenario that, given the truncated efforts to agree with bondholders and creditors in general, these days it is distinguished by the total absence of funds injected from abroad.

“It was celebrated strongly when Volkswagen ratified its investment at the beginning of the year -800 million dollars, although it has been executed since 2019-, this that can happen with China would be really phenomenal,” he enthused before iProfessional Juan Nucelli, former president of the Argentine Association of Pig Producers and current consultant with arrival in the Government.

“While nothing is signed yet, this is coming: the chinese are going to come. And they probably also set up farms in Brazil, after all it’s their main trading partner. What remains to be defined is the form: whether they will come to partner with local producers or directly alone. They want alone of course“added another source linked to the production of pork.

The plan of the Asians, as they recognized around the Chancellery, involves doubling the number of local sows, going from the current almost 500,000 to a figure close to one million.

During the first year of operating farms in Argentina, as this media learned, China aims to add around 120,000 mothers to the domestic stock.

“Over 6 years, nuclei of 15,000 mothers distributed in different parts of the country would be established – estimated disbursement of $ 140 million per installation. Patagonia, for example, would be an area with possibilities. To the Chinese the numbers close them off in the best way: it costs about 2 dollars to produce a kilo of pork there. In Argentina, on the other hand, they could generate it for 70 cents“Nucelli explained.

Local producers demand that China include the chain as a direct supplier of meat.

The decision to delve into the characteristics of the project led this medium to consult representatives of the Ministry of Agriculture led by Luis Basterra.

“There is nothing signed at the moment. But the delay is logical: an issue of this magnitude requires a number of institutional procedures to complete. Especially since it will take place with a country like China, “said one adviser.

Will the Minister make a statement regarding this initiative? iProfessional. The spokesman replied that no.

Concern in the chain

What has been omitted so far in government offices: the growing unease in the local pig production chain, which assumes that investment excludes the incorporation of Argentine breeders as suppliers to China.

At the same time, the concern of these same actors, who understand that if a new pandemic in the Asian power is activated in the future, this quantity of pork without demand will end up dumped in the domestic market, completely destroying local production.

“All the actors in Argentina would disappear. From Paladini on down“, confided another important manager belonging to the Argentine Association of Pig Producers.

“The Chinese need to compensate 40 percent of the pig stock they had to slaughter from the African plague. So far, everything is interesting from the economic point of view. Now, if they suddenly run out of their market, all that meat will end up dumped in the country and the region. No local actor could compete against all that stock“, large. 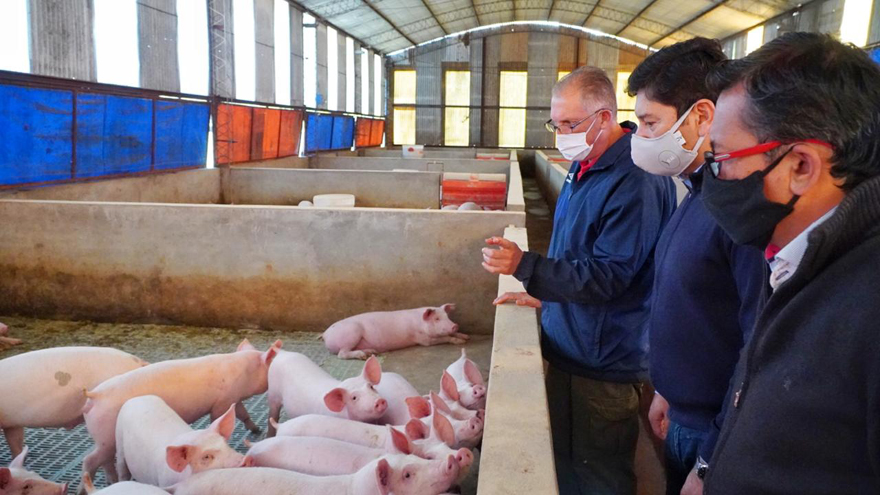 The plan of the Asians involves doubling the number of local sows: go from the current nearly 500,000 to a figure close to one million

The project in question it is part of a series of understandings signed with China at the beginning of the year, with a view to consolidating new commercial agreements.

Although the final signature and the details about how disbursements will be carried out remain, producer organizations began to intensify pressure on the government so that, beyond the need for dollars, it somehow protects the local pig chain. So far, the ruling party has chosen to move forward with the talks under a cloak of silence.

Arcor will put $ 140 million to support the opening of...

In the United States, early voting reaches a record high for...

In May, the number of people who bought dollars doubled

The offensive to displace judges who investigate Kirchnerism, on the covers...

The new complexity of the Nagorno-Karabakh crisis

A succession of perfect storms

From learning to paint cars to marking the future of Santa...