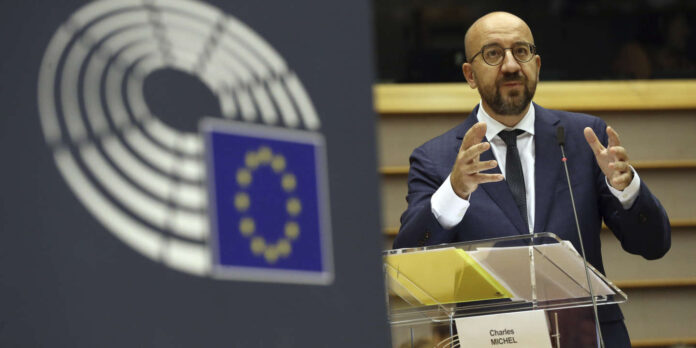 This promises to be one of the future battles between the European institutions: the Parliament of Strasbourg, invited to quickly vote on the draft European budget for 2021-2027, makes several grievances but it is the formal link that it intends to establish between respect for the rule of law and access to European funds which will focus the debate.

The summit of heads of state and government which ended on Tuesday July 21 with an agreement on the future budget and the recovery plan – € 1,800 billion in total – produced, on this key issue , a text conducive to all interpretations. Sufficiently ambiguous – or complex – for the Hungarian and Polish prime ministers, directly targeted, to finally give up using their veto power.

Article reserved for our subscribers Read also The EU, the recovery plan and Poland: “Can you be totally European and half-democratic? ”

For Charles Michel, the President of the European Council, as for Angela Merkel and Emmanuel Macron, the conclusion is clear: a link has indeed been established, for the first time, between access to European funding and respect for democratic values. . For Viktor Orban and Mateuz Morawiecki, who spoke of their “Victory”, this link would, on the contrary, be abandoned. And on the Parliament side, we seem to be leaning towards this version: the question is “Forgotten”, according to socialist Sylvie Guillaume, while for environmentalist Philippe Lamberts, the decision of the European Council is “Too fuzzy”. Group leader of the European People’s Party (conservative), Manfred Weber says he is “In confusion”. “In any case, no money without respect for the rule of law”, he said.

The text adopted at the summit mentions “A conditionality regime to protect the budget”. The Commission is supposed to propose measures in the event of a country’s default. And they will have to be adopted by the Council “Acting by a qualified majority”, ie at least 55% of the Member States, totaling 65% of the Union’s population.

According to Charles Michel, the European Council will quickly determine the details of the procedure but, in any case, it will not have to rule unanimously. The implication: neither Budapest, nor Warsaw, nor any other capital could oppose a possible financial sanction against a country flouting one of the fundamental values ​​set out in the treaties. Why, then, did the heads of state overturn a proposal made in 2018 by the Commission, which suggested that a qualified majority should emerge, not to approve, but to oppose sanctions? “Because there was a risk, in the event of a Hungarian veto, of having no budget, no recovery plan, no mechanism for the rule of law”, summarizes a ministerial source.

You have 52.97% of this article to read. The rest is for subscribers only.

shares of Argentine companies fall up to 8%

WHO investigates whether cured patients can re-catch

How to be a “partner” of Apple, Amazon or Walmart, from...

The economy to come: uncertainty flies over companies’ plans

UAE backs Macron in the face of criticism

one week before presidential election, Obama begs Democrats not to be...