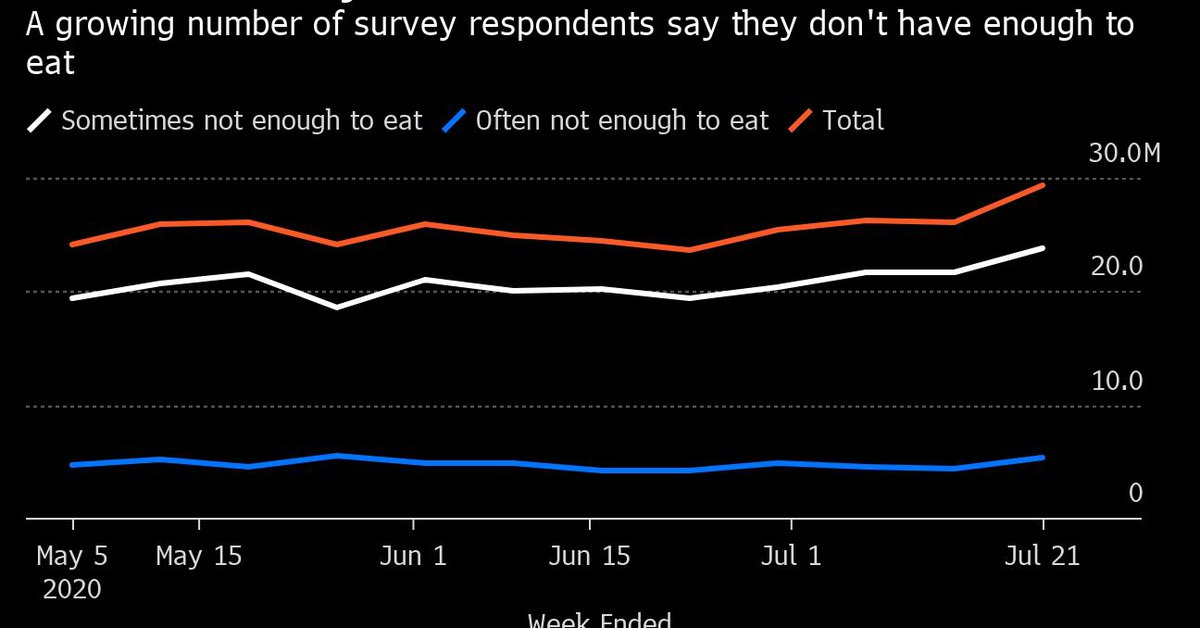 (Bloomberg) – Food insecurity in American households last week reached the highest level reported since the Census Bureau began tracking the data in May. Nearly 30 million Americans reported that they had not had enough to eat at any time in the seven-day period through July 21.

The number of respondents who sometimes did not have enough food peaked in the 12-week survey period. Those who experienced food insufficiency “often” posted a peak since the week ending May 26.

This is in addition to a deep recession as a result of the pandemic, which left millions of Americans out of work. Unemployed Americans have been receiving additional aid of $ 600 a week, which will expire at the end of July as Congress debates a new aid package.

Other high-frequency data, including Household Pulse employment figures, indicate that the US economic recovery may be slowing down in the face of a spike in virus cases across the country and the reversal of plans to restart the economic activity of the states.