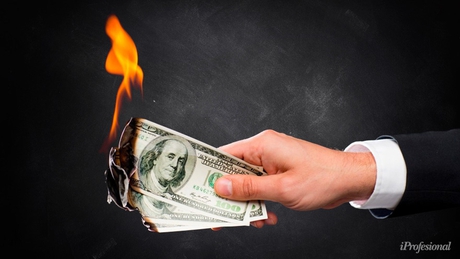 In June, the Central Bank changed the strategy and aspired to the monetary surplus, but raises doubts about the impact on the dollar and prices in the coming months.

In June, the Central Bank (BCRA) stepped on the brakes of the monetary issue. Although still at historically high levels, last month the body that Miguel Pesce leads almost came out tied for weight injection. Thus, together with the stricter exchange controls, it managed to moderate the exchange gap.

Specifically, during June the total monetary expansion added $ 33.3 billion. The item that injected the most pesos was the transfer of profits from the BCRA to the Treasury, with $ 200,000 million. The rest of the operations with the public sector, meanwhile, expanded another $ 105,000 million. The dollar purchases in the market, meanwhile, meant a issuance of $ 46.4 billion.

On the opposite side of the equation, the Leliq placement between the banks sucked in over $ 335 billion, which was combined with another $ 33.7 billion that the BCRA withdrew via passes.

Those two instruments, which are the main remunerated liabilities of the monetary authority, show a significant increase and its stock already equals the total monetary base, in the area of ​​$ 2.2 trillion.

In this way, the BCRA modified the strategy that it had been carrying out since the pandemic started and began to aspire to part of the pesos that it should have issued to face the crisis and that analysts assure that could generate a jump in the dollar and inflation.

“In June, there was a substantial change in monetary policy, and everything that was emitted was absorbed almost instantaneously“, summarized Personal Investment Portfolio (PPI).

“There was indeed a change in the bias of monetary policy, compared to what had been seen since the beginning of the pandemic. In mid-March, the BCRA began to issue to finance the increase in the fiscal deficit and the highest emission was also added to attempt to boost credit. For that, the BCRA forced a disarmament of Leliq of banks, “recalled Martín Vauthier, director of EcoGo, referring to the measures the agency had taken to facilitate the placement of SME loans at 24% rates.

The economist explained that, from that moment, “the two channels of expansion were open: the issue to finance the Treasury as the disarmament of remunerated liabilities“. The effect of that combo was immediate: “It generated a collapse in the interest rate in pesos and fuel for the currency gap” 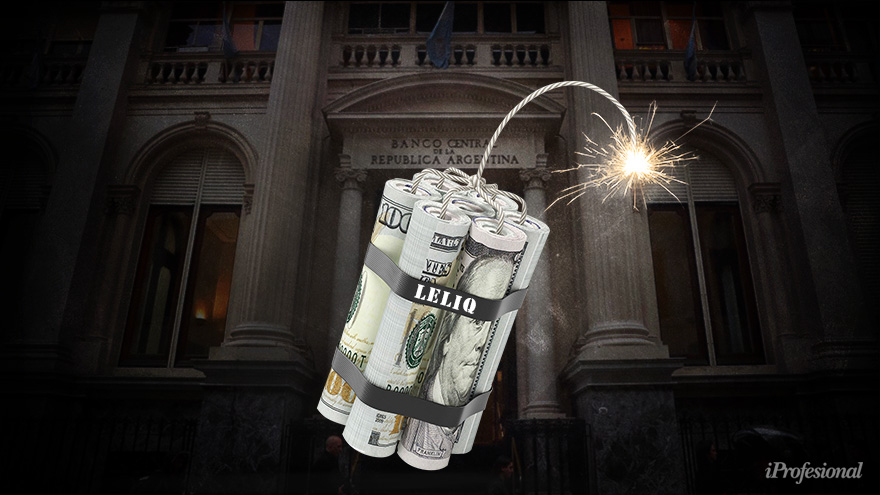 However, the BCRA started reversing part of that movement in June, since he returned to place more Leliq and passes in the banks.

“You still have to continue issuing to finance the treasury, in a context of increasing the fiscal deficit due to the pandemic and in a country that has no credit or savings. But, with the changes in the space that the banks have in their balance sheets for Leliq and passive passes, the BCRA pulled a good chunk of the expansion. That, in the short term, helped take some pressure off the currency gap“Vauthier said.

The parallel prices of the dollar, in fact, showed a decline last month and the exchange gap fell from levels close to 100% to the current 40% average. However, at this point, the greater restrictions on the operation of the stock market dollar also helped.

Specialists agree that the cocktail of monetary expansion (and contraction), With increase in currency and strong exchange restrictions, raises many doubts for the coming months.

While inflation is contained, in part by the brake on economic activity that the pandemic imposed, the gradual return to activity may unfreeze it in the coming months.

“If this expansion is not managed in the coming months, could carry over to prices. Therefore, we expect the BCRA to continue its (absorption) stance even after restrictions on mobility are lifted, “said Santiago Gámbaro, chief economist at Analytica.

Martín Vauthier agreed: “Obviously, today is heavily aided by currency controls, for the stocks, but it is important that the BCRA maintains this policy and try prudently manage excess liquidity and the monetary issue that inevitably it will have to do to continue financing the treasury. “ 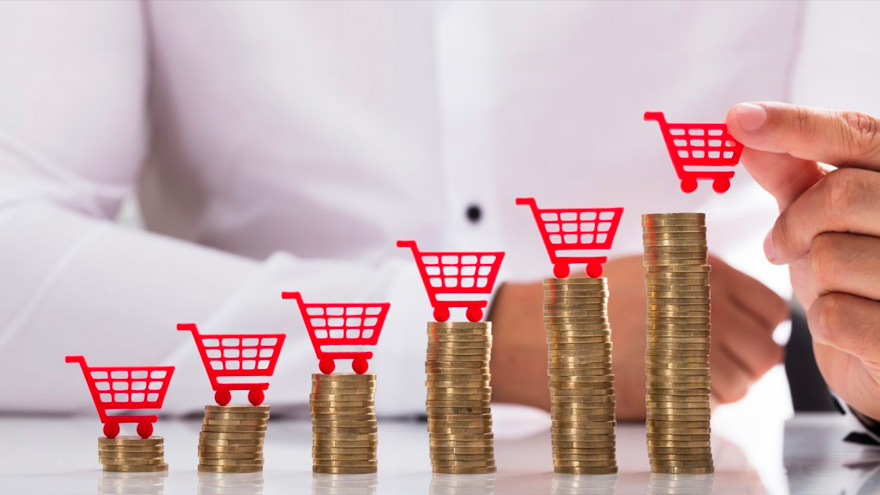 During the quarantine months, inflation remained below 2% but warn that it could overheat as the economy reactivates

From Ecolatina, meanwhile, lit yellow lights on the possibilities that the BCRA will have to continue with its policy of monetary absorption in a year of high fiscal deficit, whose financing “is not clear”.

“Although the expansion of the monetary base has slowed in recent weeks, as a result of the sterilization via Leliq and passes, at the same time that some space was opened for the National Treasury place debt in pesos, it is not clear how much space will there be to continue with these absorption policies in the short termEcolatina said.

The consultant warned that “if the largest fiscal deficit due to the pandemic / quarantine did not adjust quickly, exchange rate tensions would be reactivated“, among which he mentioned the “rise in parallel prices, higher expectations of devaluation and lower surpluses of dollars in the official market“.

In Grupo SBS they demonstrated along the same lines: “In 2020 Argentina will suffer one of the deepest blows in the world and in its history, while in 2021 it would see one of the slowest economic recoveries. In this framework, it is essential that the Government I achieved remove some of the constraints on the economy“they said.

According to his analysis, the inflation risk is latent: “The key will be show that the increase in the fiscal deficit and the monetary issue that is financing it are transitory, since otherwise a new inflationary jump is risked “.

Not enough to reverse the trend

Despite the change in monetary focus last month, in the first 6 months of the year issued more than $ 1.2 trillion to finance the fiscal deficit.

“The dynamics of income remains very unfavorable, especially for activity-related taxes, employment and foreign trade. This leads the Treasury to rely more and more on the BCRA’s monetary assistance and therefore lThe issue has already become the main source of government financing, exceeding taxes, an unsustainable trend“they stressed from SBS.

The main explanation for this expansion was the profit transfers, which totaled $ 940 billion. The transitory advances (which function as loans from the BCRA to the Treasury) meant an injection of another $ 312,000 million. A similar number was issued for interest and current account remuneration.

This was partially countered by the placement of $ 888,000 million in Leliq and $ 300,000 in passes. For Gámbaro, this contraction helps the BCRA keep the effect of expansion on inflation limited. 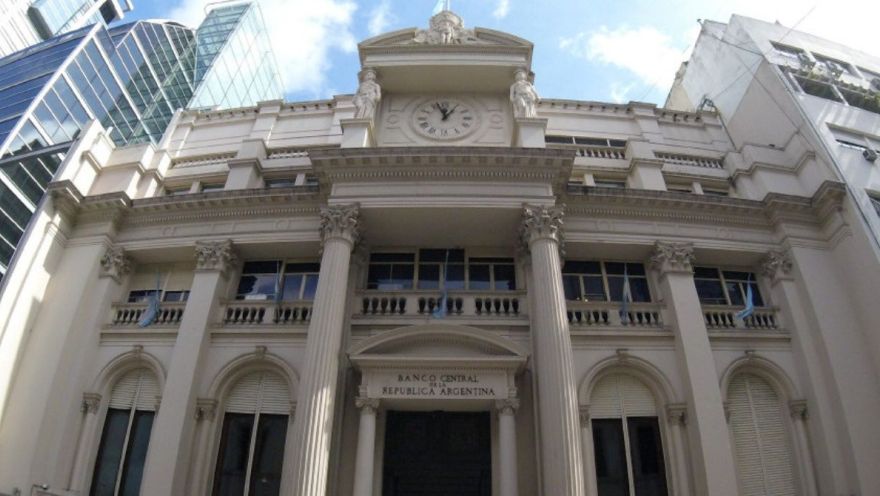 “So far this year $ 1,225 million were transferredwhat is he 60% of the monetary base today. However, the Central absorbed 95% of that expansion through passes and Leliq. This is the main reason why the transfer to prices is contained, for the moment, and is possible only in a context of exchange clamp and strong regulation to the banking system that prevents the flight to the dollar“he pointed out.

However, the analyst highlighted that, although there is no such strong growth of the monetary base Due to the absorption strategy, “there is a transfer to the rest of the monetary aggregates.”

“Banknotes and coins grow 80% year-on-year and the private M2 (which includes currency held by the public and demand deposits in pesos from the public and private non-financial sectors), 100% year-on-year, “said Gámbaro. And he considered this”is not consistent with the evolution of the real economy”

Telecom is awarded for its “home working” in pandemic

Ratified by 50 countries, treaty banning nuclear weapons will enter into...

An envelope containing poison sent to the White House

Shock in Salta: they assure that the Virgin of Guadalupe cried

The federal government suspends work from this Thursday