How Vicentin impacted in the Government’s internal

The internal “bill passes” have already begun to become evident due to the reversal of the expropriation project. And the fissure between the two Peronisms was revealed

Among the many posters displayed by the protesters Sunday of the “flag”, There were practically none that mentioned the name “Vicentin”, but there were many that alluded to the defense of private property. However, those who best synthesized the political situation created by the proposal to nationalize the cereal were the ones who said “Perotti traitor”.

But the governor of Santa Fe, who won just eight months ago by 42% in the province of Santa Fe (but was second with 28% in the department of General Obligado, Vicentin’s headquarters and epicenter of the protest), understood the message.

Not by chance, even before the Reconquista judge, Fabián Lorenzini, surprised by replacing the original directors and “devaluing” state intervention, Perotti had already advanced with the “overcoming alternative” that would allow him to overcome the political crisis.

What was immediately evident was that the Santa Fe governor I was looking for a completely opposite effect who were persecuted by the Kirchner legislators, La Cámpora, the Instituto Patria and the K media. That is, Perotti was looking for get the Vicentin theme out of the “crack” spotlight politics, take it to the negotiating lane and eliminate any smell of the reissue of a new war with the countryside such as that occurred with the remembered resolution 125.

For this reason, while Kirchnerism –and Alberto Fernández himself- continued to talk about expropriation and state control, the governor said publicly that he was looking for a mixed management solution, with opening to the stock exchange, capitalization of credits and the participation of YPF Agro.

“There will be sectors that give political battles. We are working to unlock this moment, give answers to creditors and reposition the company, “said Perotti, in a clear attempt to distance oneself from the most ideological positions regarding Vicentin.

Of course, he had listened to the leaders of the Rural Reconquista Society, who affirmed: “They did not come for Vicentin, they did not come to protect production. They came for us, they came for democracy.” And they added that they did not defend the corporate conduct of Vicentin’s management, for which they relied on judicial action.

After the “flag”, the Peronism of the interior interpreted that it should avoid a confrontation with the rural middle class

Alberto Fernández, over the days, also understood that, without intending to, a political crisis had been created that would cost him the repudiation of an important part of society, and that is why he wanted mark a nuance regarding hard kirchnerismo.

“Look, I am not a socialist. I am a Peronist. I believe in capitalism, fairer and better distributing. I believe in the businessman who invests, who gives work and who earns money. I believe in that businessman. I believe in private property. This measure is absolutely exceptional, “said the president, in an attempt to rebuild with a middle class that saw old ghosts reborn.

The brake of traditional Peronism

The Vicentin case is far from over, but already leaves some political lessons which Alberto Fernández is taking note of.

The first is that, as the President said, Argentina is not on the path to “Venezuelan”. But not because the government does not want it, but because, as was shown, there are certain defense mechanisms that continue to take effect.

The first is that of popular protest, something that Peronism knows how to interpret as a limit. Political scientists often repeat that the main asset of Peronism is his unspoken “guarantee of governance”, which implies the control of the street and the routes.

That is why in the face of the protest, nervousness appears: regardless of whether the farmers and the rural middle class that manifested themselves are or are not voters of Peronism, the leaders know that they constitute a fundamental portion of society – the one that produces, pays taxes and shapes public opinion – which you cannot deal with.

Inside, this had been clearly understood a decade ago, with the fight and subsequent legislative defeat by 125. And that is why traditional Peronism, with the provincial governors at the helm, had gone out to give his early alerts son the risk of overacting the euphoria over Vicentin’s intervention.

In Santa Fe, there were signs of discontent from himself perotti cabinet, where the production minister, Daniel Costamagna, openly rejected the initiative and complained of having been “bypassed” by the minister Matías Kulfas.

At the same time, a suggestive message from the former president Eduardo Duhalde, which was read in the political arena as a warning that if the issue of expropriation came to a parliamentary debate, could suffer rejection on the part of non-Kirchnerist Peronism.

Immediately it was known the refusal of Roberto Lavagna to accompany the initiative. The former candidate explicitly questioned the rhetoric which alluded to the recovery of the “food sovereignty” and he announced that his deputies would vote against a nationalization. And the deputy Luis Contigiani recounted a project with an “overcoming alternative” that, coincidentally, ended up looking very much like the one that Governor Perotti would later present in society.

To make matters worse, too from Córdoba, the deputies responding nationals to Governor Juan Schiaretti they warned that they would not accompany the initiative in Congress of expropriation.

At that point, Alberto Fernández had understood the political risk in which he was immersed: he was at risk of not count with majority in Congress when the eventual Vicentin nationalization law was voted. Or, at best, it would achieve a “Pyrrhic victory,” in which expropriation would involve the cost of an internal fissure in Peronism.

When the President understood that Peronism itself was setting a limit to move forward with a project that emerged from the Patria Institute – the Kirchnerist “think tank” – he had to test his political belt.

Thus, the priority no longer passed by fight with Cristina Pérez on Telefe screens on whether Vicentin’s expropriation was unconstitutional. Suddenly, the political urgency became to mitigate the undeniable disappointment of Kirchnerism.

For this reason, in his first interviews with the media, K was quick to point out that state intervention would occur anyway – even if in a different format than the original one – and that it would displace the owners of Vicentin, suspected of having diverted borrowed funds. For the state.

But it was evident that in Kirchnerism those explanations they liked little. Because what was being celebrated after the original announcement was much more than the start-up of a company in crisis: it was the possibility of finally being able to set foot in the agricultural business.

Regardless of how the Vicentin crisis is resolved, Kirchnerism feels that it has lost the possibility of interfering in the agricultural business

Control the market through a “witness company”, influence prices of grains, as well as amounts and moments of export clearanceThat was the central objective. This was explicitly presented by the K media, which celebrated the fact that a strategic activity for the provision of foreign exchange was outside “market forces”.

The experts of the agricultural business -as it was exposed in a statement of the Chamber of the Oil Industry- had warned that those regulator functions were inapplicable in a market that takes international prices, and they had also clarified that today there are already multiple control mechanisms to ensure that no one withholds dollars from exports.

But now, with the fall of the initial proposal, there will no longer even be the consolation of a “story”. If the term “expropriation” – a word “in the face of popular interests”, as the intellectual Ricardo Forster said when the YPF was nationalized – can no longer be at the center of the debate, the Vicentin case begins to lose its political essence.

And that may pose a danger to Alberto Fernández, who now must compensate somehow to the most radical partners in your governing coalition. Kirchnerism, as was demonstrated these days, keeps intact its conception of politics as an eternal identification and realization of conflicts.

In the environment of Cristina KirchnerThey continue to demand that Alberto maintain a firm position. By case, Graciana Peñafort, an attorney for today’s vice president, said the option still stands if the Perotti formula fails.

A reading to the media K after the “flag” of a pattern of that claim. There are signs of stupor for the fact that those who were harmed by Vicentin and who therefore had to show appreciation to the Government, came out to demonstrate. And the conclusion is that this was a consequence of “class hatred” of a “stupid minority” that ended up demonstrating “in favor of a pagadiós and a silly state”.

But above all, there is already internal bill passes. There are complaints about the delay in sending a bill, less and less criticism of a certain lukewarmness or lack of decision by Alberto Fernández to pose an open conflict with the business community.

AND suspicions are hinted that the governor Perotti is playing the rival by denaturing the original project, by seeking that the crisis of Vicentin “fix cosmetically but not in the background”. Yes, the troubled Perotti receives accusations of treason from all fronts.

Also, there is an appeal to give a cultural battle, since it is considered that in the Vicentin case there was an imposition by the opposition media, which managed to turn public opinion against the government.

In short, it is assumed that there was a defeat in that field. The style and Alberto Fernández’s communication strategy It is in full debate by Kirchnerism and there is talk about how to take advantage of the state apparatus of communication.

Finally, as an early conclusion to the Vicentin case, Kirchnerism must confirm that the Government, if it wants to move forward with its agenda, needs go one step further in the logic of confrontation. José Pablo Feinmann wrote on the back cover of Page 12: “Alberto F. will need to create power in order to face such determined and powerful enemies. It is not enough with the power of the masses alone, the decision to fight is necessary.”

It is not exactly the most reassuring message for the President, just when he tries to convince the middle class – and half of Peronism – that he does not want the conflict to be the one that sets his agenda. In any case, what the Vicentin case did was expose the internal tension from the ruling coalition: the criticism of Alberto is a foretaste of the conflicts to come.

US futures fall due to fears of regrowth: Chile Hoy 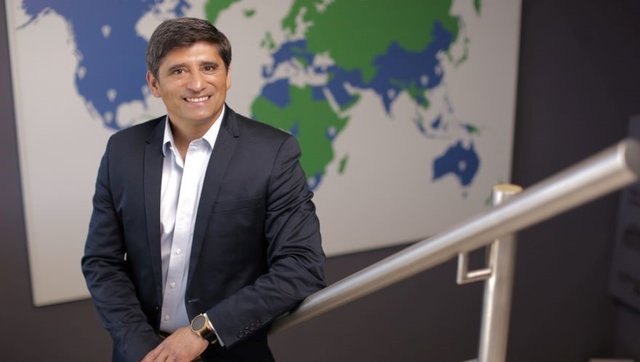