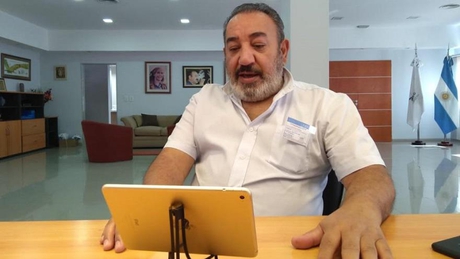 One of his central concerns is how he will be able to overcome the drop in merchant income and cover employee wages.

Pablo Chacón, the general secretary of the Trade Union Association of Commerce Employees (AGEC) of Córdoba, and wholesale businessmen met through a videoconference where they analyzed the proposals that the National Government made to cover April wages due to commercial inactivity by quarantine.

One of the central concerns is how the fall in merchant incomes can be overcome and employee salaries covered.

“We are very concerned and meeting permanently,” said the head of AGEC.

This arises from one of the latest government measures through which 50% of April wages will be paid with a cap of 33,750 pesos per worker.

Although the proposals of the Nation have not yet been disclosed in detail, the unionist pointed out that “we have to see how it is implemented.” And he added: “Today we do not know much because I do not know the mechanisms between ANSES and AFIP and how the money will reach the workers’ accounts, therefore there is no need to rush.”

Surely “there will be a crossing with Anses, the companies will sign up and put the list of personnel and surely the Anses will deposit each of the workers,” he said.

Chacón said that “he is in dialogue with all sectors”, both official and private, to try to expedite a response as quickly as possible.

“A better agreement could have been reached” and in networks they...

E-commerce does not stop: it will grow 25% this year, according...

point by point, what does the decree say

This businessman is about to stay with GARBARINO

These are the 10 best-selling cars in the world / Argentina...

keys to pay less for the tribute / Argentina News