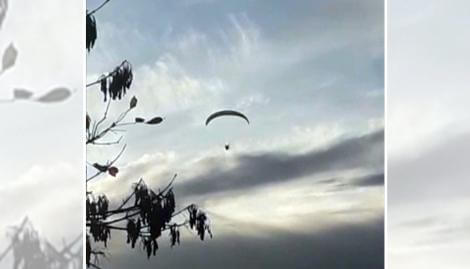 Despite the fact that the vast majority of Argentines strictly comply with social, preventive and compulsory isolation, there are still citizens who insist on violating the measure despite the serious consequences that this implies. Such was the case of a retired settled in Sierra of the Window, province of Buenos Aires, which violated quarantine with a truly unusual excuse: paragliding.

It all started around 18 with a called the emergency line 101 in which, surprised, a neighbor denounced the presence of a person who was parachuting in the area.

In this situation, a community officer began to chase the individual aboard his truck to his landing site, where he finally stopped him.

According to the local media The Compass 24, the man descended in the area of ​​the Ventana Park and, when he saw the police, “pretended not to” and He claimed to be unaware that he was violating the isolation.

The man, identified as Carlos Messina Antonio, 68 years old, was accused by the Federal Court No. 2 of Bahía Blanca for having violated the quarantine. You must stay at home in compliance with the isolation decreed by the Government.

The Sheraton hotel communicated its willingness to close in Córdoba

Due to a gas leak, they evacuated the Ministry of Economy...

just two years ago it was trading at 20.50 pesos

The most tender serenade in the world that left a horse...

Donald Trump’s bet for a vaccine before the election

“Megashopping”: how many Cordovan sellers are there in Mercado Libre and...