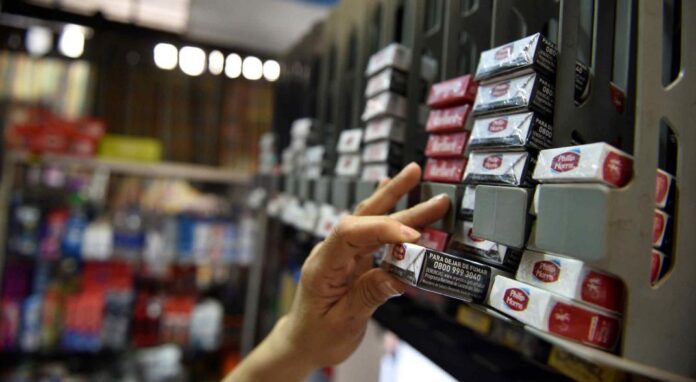 Tobacco companies returned in the last hours to warn about the consequences for the sector of the quarantine by coronavirus and maintained that the stock of cigarettes could be exhausted this weekend, so they asked the Government to exempt the activity.

As Clarín publishes, since a month ago the two main cigarette manufacturers (British American Tobacco and Massalin Particulares) have been demanding that the government enable the activity.

In recent days, the 8 million smokers in the country have been noticing the lack in some points of sale.

The best-selling brands such as Marlboro, Philip Morris, Chesterfield, Rothmans, Camel and Lucky Strike, which account for 70 percent of the offer, are the ones that most feel the consequences of the quarantine at this point.

“The productive part has been stopped since March 20. The scarce merchandise that we have is being rationed by brand combos, because we also have logistical problems to distribute by the smallest number of employees,” they said from British American Tobacco.

The “stand” in tobacco companies also affects kiosks: it is estimated that the sale of cigarettes represents almost 35 percent of billing, according to Adrián Palacios, head of the UKRA, the main sector chamber.

Palacios warned that, without cigarettes, some 10,000 kiosks could be closed across the country, representing 10 percent of the total.

It happens that cigarettes are key not only for the profit they leave, but they also drive the purchase of other products.

“It is the most profitable product and also drives sales of other items,” said Palacios.

Tobacco companies maintain that the lack of cigarettes increases the risk of their consumers in times of coronavirus, since they must wander through different kiosks until they get the product they are looking for.

With the exception of the item, from Massalin Individuals assured that they have an operating capacity to produce in 48 hours.

“In a week the situation would normalize,” they estimated.

The AFIP extends the payment of employer contributions for two months

How is the protocol for the return to classes in the...

They question the creation of a new tax for those who...

The 5 most beautiful beaches in Cuba

Quarantine surprise: a dolphin in the Paraná river and cows in...

ROMANTIC TEST what is your position in the face of love? ...