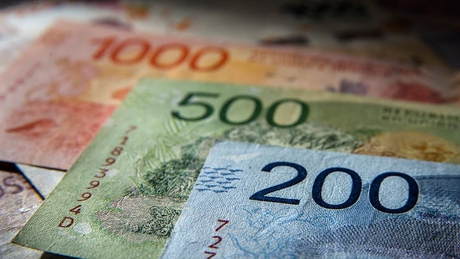 The amount of the loan at 0%, according to official sources, will be related to the average turnover of each category

The government decided to respond to calls for more drastic measures to help troubled companies and self-employed people whose incomes fell sharply due to quarantine.

In a decree whose text was leaked to the press on Sunday night, new measures are established, among which the establishment of a complementary salary for all workers in dependence on companies that have been impacted by the economic situation.

In addition, it is expected that small taxpayers and self-employed workers will have access to zero-rate credit lines, that is, fully subsidized, with the guarantee of the national State. These people had been excluded from the aid established in the previous decrees, where assistance had only been provided for monotributistas of the two lowest income categories.

The 0% rate credit for independent workers (monotributistas and self-employed) will be granted to Those who have “substantial drops in their billing”. The idea of ​​the Ministry of Productive Development is to implement it through a credit card.

The loan amount, according to official sources, will be related to the average billing of each category.

“The loan will be equivalent to one month of billing and is granted for three months, with a maximum of $ 150,000 in total,” they explained and added that “the loan foresees six months of grace and will be repaid in twelve installments, at a 0% rate. The guarantees are granted by the State, which also bears the cost of the fee. “

Financing will be disbursed in three equal and consecutive monthly installments. Also, unemployment insurance will be from $ 6,000 to $ 10,000.

Until now, there have been no measures related to State aid to these self-employed sectors. There was only the Emergency Family Income (IFE), but it was limited only to categories A and B of the monotax.

As for the restrictions that would be included, it became clear that they could not access these loans monotributistas who are also in a relationship of dependency. Nor can they do it those who have investments or those who have not had a drop in their turnover.

At the same time, those who take the credit would be unable to carry out operations such as currency purchases or access dollars through the cash settlement mechanism (CCL).

Meanwhile, those who meet the requirements will receive the amount of the credit directly on the balance of their credit card. It will be for a figure equal to 25% of the annual turnover of the category in which the monotributista is enrolled, up to a maximum of $ 150,000.

“Startups”: a crack that does tend to disappear

After Solange’s death, the Córdoba Operations Center reported that the protocol...

Guzmán warned about the DOLLAR and sent a message to the...

Naranja adds an executive from Galicia to its general management

Paraná River: commercial navigation affected by a reduction in the bed

Dangers of the Chinese plan to produce pork in the country

Final phase of the coronavirus vaccine: how much will it cost?