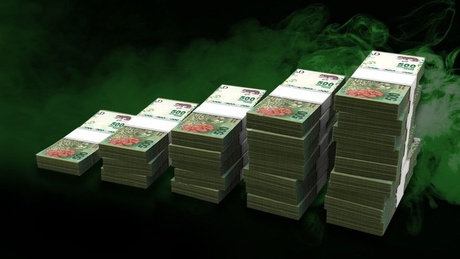 A decision of the Buenosairean Justice against a precautionary measure for a special municipal contribution destined to the hospital of the commune anticipates what the judges will say regarding the tax on the wealthy.

A Buenosairean provincial deputy raised in the Justice a measure of not innovating so that the receipt of a one-time contribution by the Municipality of Castelli is suspended in the framework of the sanitary emergency for rural owners of more than 50 hectares.

Through a sentence delivered the day before yesterday by the Dolores Administrative Court, in charge of Judge Antonio Escobar, in the case of Deputy Luciano Bugallo, this precautionary measure was rejected.

The interesting thing about this precedent is that the Court understands that the request must be denied, among other arguments, because the granting of precautionary measures in tax matters must be evaluated in a restrictive way and, even more, regarding the contribution created to meet the expenses Nicolás Nogueira, from the Bruchou, Fernández Madero & Lombardi study, needed a municipal hospital to deal with the eventual advance of the coronavirus.

Specifically, Judge Escobar indicated that “the current picture of the epidemiological situation leads us to assess circumstances that once would not even have been considered, since in the tension between the right to life and health and the eventual equality before public charges, The solidarity of those who can contribute must prevail, without denoting a risk to their economic survival, “said Nogueira.

The latter is a sign of cWhat will be the defense of any person or company that feels affected by the wealth taxs, or any other provincial or municipal municipality that is created by the emergence of the coronavirus: they must prove that their “economic survival” is put in check.

Judge Escobar emphasized in this regard that the taxpayers who have the right to appear before the Justice are those who are “personally affected by the monetary obligation”, prove “to be land owners in the Castelli area” and to have “domicile in said locality “.

Since legislator Bugallo did not meet any of these three requirements, the judge advanced at the beginning of his ruling that “the petitioned measure of not innovating cannot prosper”.

In any case, Judge Escobar expanded on the recitals to give a broader framework to his decision.

In the ruling, the judge considers that the collection of the tax created cannot be affected because it is intended to defray costs related to the prevention of the coronavirus and that, to a certain extent, this purpose would allow affecting a certain level of constitutional guarantees of the taxpayers “Nogueira pointed out.

“This sentence could give rise to unreasonable interpretations and justify the creation of tributes that, with the supposed purpose of paying for these types of costs, they continue to increase the unreasonable fiscal pressure of our country, “Nogueira anticipated.

“The need of the different levels of government to raise funds to deal with the situation is not lost sight of. However, this cannot be a sufficient argument to continue affecting the same sectors and always resort to the same solutions,” said the specialist. .

“The terms in which Judge Escobar was issued would practically give rise to justify any tax increase related to the prevention of the coronavirus.“Nogueira assured.

“At a time when a possible extraordinary tax is being discussed at the national level, this precedent could be presented as a basis to affect multiple taxpayer guarantees that have been bearing record fiscal pressure in recent years,” he emphasized, adding that “the The doctrine of this ruling can be very dangerous if it is unreasonably interpreted and its scope should be re-analyzed. “

Bugallo stressed in the presentation that the mayor of Castelli created the special contribution rate by decree ad referendum of the Deliberative Council, but the Municipality replied that this body approved it a posteriori, and the judge accepted the mechanism despite the creation of taxes for legislators.

The tax base is made up of the number of hectares of the properties reached by the service, indicating that the following will be taxpayers, Bugallo recalled:

Bugallo presented as evidence a ballot of rural service rates with the added concept of “Special Covid -19 Unique Contribution”, with an amount to be paid of $ 24,000.

The provincial legislator complained that “a sector is affected by the sector and not by the contributory capacity, which directly attacks equality”, he asked “to safeguard the economy of the rural family, given the economic and health crisis.”

“The particular interest in the long term is impossible to satisfy to the extent that the rights of the general interest are not guaranteed, by our very way of life in community and democracy, from the same social pact. It is a course that leads to consider that said limitations are valid within the framework of reasonableness, for their purpose and according to the economic and social context, to which epidemiological will have to be added, “said the magistrate.

What element can neutralize the coronavirus in two minutes / Argentina...

the possible incorporation that could affect Telefe / Argentina News

how will the link between the countries be / Argentina News

AFIP enabled the credits of the new ATP program

Strenna 2020 for December: is the payment in danger? / Argentina...

they open the first cause for not reporting travel or respecting...