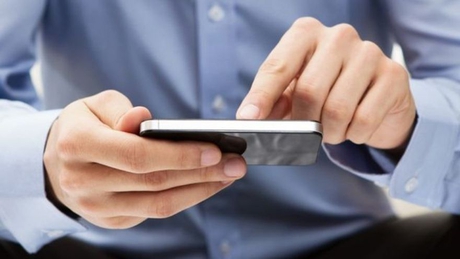 The main referent of the group Impacto Economico CV resigned, after disagreements between the SMEs in critical condition and the companies with the highest margin

The group of SMEs that was organized via WhatsApp as a detachment from the business clan Our voicePrecisely, to put on the table the situation of one of the sectors hardest hit by preventive and compulsory social isolation, it has already lost one of its strongest references, Gonzalo Tanoira, vice president of the board of citrus San Miguel. Since then, the SME squad in question has been seeking new leadership. And can’t find it.

Perhaps the behavior of this new group, identified as CV Economic Impact, is a reflection of the lack of listening that exists in different areas of the political, economic and social life of Argentina.

Tanoira decided to move away due, first of all, to the exhibition in which he found himself trying to collaborate and the explanations that he had to give in the directories to which he belongs because his name appeared among the most visible, without intending to.

Another reason why he also moved away responds to certain extreme positions that had been expressed in the group, such as seeing himself in the situation of stopping paying wages to his workers, in addition to not making employer contributions as a measure of protest against quarantine.

CV Economic Impact emerged as a branch of Nuestra Voz, the new generation group of entrepreneurs, which was created last year after a strike by Aerolineas Argentinas pilots, and launched a communication strategy via social networks under the hashtag # yonoparo. Among its members are Marcos Galperín, from Free market; Martín Migoya, from Globant; Sergio Kaufman, from Accenture; Gustavo Grobocopate, from The Grobo; and Gabriel Martino, ex HSBC; among other high-profile entrepreneurs.

The initial proposal had been raised on April 1 last, when businessmen prepared the document “Proposal to help reduce the impact of the Covid-19 in the Argentines “, in which 13 points were detailed. The topics of testing and apps were addressed, as well as the rules of social distancing, isolation only for those over 60 years of age, and different financial and tax measures.

But Tanoira’s departure was not the only one. Behind him, approximately 60 other members were removed. This meant that of some 250 members who participated at the beginning, today there are no more than 200. And that decline today finds them evaluating the work of the San Miguel, but without being able to find a new leader.

“I came this far”

“Dear ones, I have come this far. My companies are operating normally, because they are within the food and export industry. And I understand that this makes me not feel first hand the enormous quilombo that the companies that are today are dealing with. stops “, started saying Tanoira in the group of SMEs.

And he continued: “I made this group as a constructive discussion group, not as a shock group to go out to give the SME revolution. I have two boards with whom I had to apologize because the name of the companies came out in several articles, like I was leading a huge group of entrepreneurs, which was not true. I just put together the chat and edited the document that you put together. I think so that you can continue operating in a slightly more aggressive tone the most logical thing is that I get off. They will already find a model that works for them and that better represents the SMEs that cannot function today, “he added.

Always in a very correct way, Tanoira thanked the commitment of that first document because, according to him, “it woke up thousands of Argentines to wonder if the quarantine was good or not and what was the cost.” And he was in favor of continuing the debate in other spaces, although always with a constructive gaze.

The initial document, in addition to the points mentioned above, also alluded to others of high complexity, such as the reduction of public spending and remote operation of the Power of attorney.

After that virtual door slam, someone in the group suggested reflecting on what happened right in the middle of Easter and before the President Alberto Fernández extend the mandatory quarantine until next April 26.

It was not yet known, at that time, that the head of state would begin to make compulsory isolation more flexible as of Monday, April 20, in an “administered” modality; that is, not general, but taking into account the health status of provinces and / or regions.

Since then, Impacto Economico CV proposed from continuing the “legacy” left by Tanoira to facing a “leadership distributed by groups” and coordinated “in a petit committee.” Here new ideas appeared, ranging from establishing electronic voting and electronic signature support on the blockchain to “loosening up a bit” and “thinking and reflecting”.

What had run in the middle, always via WhatsApp? Statements of all kinds, such as those who cannot pay wages in this context, such as the case of a textile businessman who assured: “We have more than 50 years of experience always paying up to the last penny and today we are closed without being able to pay anything And when I say nothing, it is not salaries to the employees, how can I explain that I cannot continue? And that the government does not listen to us and seems to be laughing at us? It begins by giving subsidies to those who do not work instead of helping those who give work, “in direct reference to the Emergency Family Income (IFE) that was implemented in recent weeks.

Then came the Argentine classic: make firewood from the fallen tree or, in this case, removed. “It does not seem positive or productive to me that the formator and ideologue of the group has gone down. Less, without giving possibilities to the debate that always enriches,” said another member of CV Economic Impact.

The expressions of the businessmen are extensive, a fact that reveals political positions that in other contexts might not be expressed, or make the manifestation of desires conducive, as occurred in this same case.

“I would like to see a reaction from the entire business class against a system that has been tormenting us for decades. We must stop being the lambs that always go to the slaughterhouse. I would love for us to organize ourselves and seek results together,” he began.

And he added: “I know that many, many, companies think in this sense. Hopefully someday we can all align ourselves, hopefully we can find a leader who is not a politician but one of us to redirect business within society and stop seeing us as the wolf to kill. ” These statements seem to have puzzled several of the members who decided to stay in the group.

It is that Tanoira left and nobody assumes a role of any kind. Participation is limited to sharing notes from New York Times, from the European newspapers, as if the problems in developed countries were the same as in Argentina. Or as if the businessmen of Argentina had a behavior similar to that of developed countries.

Expressions and statements that do not translate into any concrete action so far. As if the lack of leadership that exists in all areas of political, economic and social life in a broad sense is evident. And that also involves the diverse universe of Argentine SMEs.

A member interrupted a series of disconnected messages to ensure that he had real information and that someone from the government environment had clearly slipped him “that the State is going to help the business community, but it will only do so when the companies are dry.”

And he continued: “The question is: when will the State understand that the companies” stay dry “? What must happen for that to happen and go out to support the productive apparatus? However, I do not know what each one of you will do as Entrepreneurs, but I think the more we are who pay our obligations, the longer it will take to get the aid, “as was seen in the chat last Wednesday.

In the middle of these virtual conversations, the message of one of those SME businessmen who remains in the group was floating and who, after rescuing the role that the manager of San Miguel had fulfilled, asked his peers: “Now, Are we still working? How do we continue? More aggressive, as Pablo proposes? Very correct, as they were doing? More combative? Of course, we will always have to act by making contributions. It is a good time for those who do not join. have been able to do, since the group was at the top. Shall we move forward? “

Cri-cri, could be the answer. Until the writing of this note, the group had not been able to agree to generate “ACTIONS”, in capital letters, as someone considered. It continued to be a space for catharsis and an expression of extreme positions rather than of a constructive attitude.