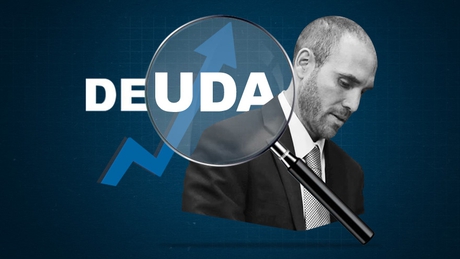 The SEC of the New York Stock Exchange received Argentina’s initial proposal, which sets out the details of the debt swap offered to bondholders.

Argentina presented this Friday to the United States market regulatory body, the SEC (Securities and Exchange Commission), the invitation to bondholders to renegotiate debt for US $ 66,238 million, with a 62% reduction in interest and 5.4% in principal, with a three-year grace period.

The country reported that it intends to “invite” certain bondholders under foreign law “to exchange those instruments for new bonds issued by the Republic,” as can be read below in the SEC document.

The presentation details which titles are proposed to be exchanged and the period of 20 days to accept or reject the proposal.

Specifically, Argentina will issue 10 new bonds; five nominees in dollars and five in euros. The terms of the new securities will be structured with staggered interest coupons and maturities until 2047.

As Minister Martín Guzmán announced on Thursday, there will be a grace period of three in which creditors will not receive capital payments or interest, nor will there be capitalization of interest to be received once that period has ended.

In the event of acceptance by investment funds, the interest on the new securities would begin to be paid in 2023.

This is the detail of the new proposed bonds:

In the preview for this filing, creditors speculated that there could be different reactions depending on what type of bonds they had in their portfolios.

On the one hand, the bondholders from 2016 onwards (those who took on the debt issued by Luis Caputo) and, on the other, those who came from the exchange of 2005-2010. It will not be easy for the latter to accept capital withdrawals and will fight “to the death” to reduce interest coupons. “It is very difficult for them to enter if they do not give in to these things,” said a source close to this kind of investment.

The “new” bondholders, on the one hand, have another majority scheme (where collective action clauses benefit Argentina), something that does not happen with “old” holders (very large majorities are required).

“The groups of creditors are quite different. There is less will among creditors that come from previous swaps than among those that are relatively new. That is very clear. With this, the point of negotiation for Guzmán will be that the ‘new’ creditors drag the rest, “said the same source.

The problem remains, and will continue to do so, that the three-year grace period without paying absolutely nothing is very aggressive for bondholders. If the creditors do not accept the offer, they have three years to litigate “free” earning the original interest rate and principal (which runs in lawsuits).

If in three years those bondholders get the sentence in their favor, they will be much better positioned than the other group of title holders that entered the swap and waited three years to collect a 0.50% coupon. In other words, the grace period and the little that Martín promises to pay Guzmán Forward encourages taking the risk of going to litigation.

“So, today it seems that between not charging anything and prosecuting Argentina and waiting to collect something in three years or a little more via something judicial, it may be business for you to do so. Because in the end there are three years in limbo that the country does not pay, “said a source who has direct dialogue with creditors.

Porta: the competition request will not affect production

Riots in several cities of the United States during the protests...

The negotiation for the debt, in the covers of the Argentine...

Belén Esteban returns to the charge and resumes her war with...

In Belarus, another show of force in the face of a...

what is the leading model / Argentina News

They launch a plan to incorporate 250 jobs to agricultural machinery:...