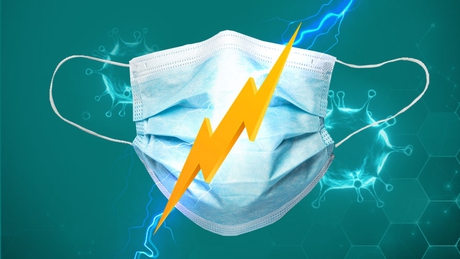 She is a virologist, who warned of a possible bat-linked virus 11 months before COVID-19 exploded.

Shi Zhengli is not just any expert. It is one of the most prestigious in China. Months ago, her country’s press nicknamed her “Bat Woman” because she managed to sequence the genes for the new coronavirus just three days after the existence of COVID-19 was known. However, his findings, prior to that feat, were silenced by his own government.

Shi and his team of researchers from the Wuhan Virology Laboratory warned of the possibility of outbreaks of SARS-like coronaviruses in China 11 months before the new coronavirus epidemic struck the city, the Daily Mail detailed.

The harsh warning was part of an investigative document submitted by Shi, the deputy director of the institute, and three co-authors in January 2019, almost a year before the outbreak unleashed that today puts the world in check, with more than 150,000 deaths.

At the time, Shi Zhengli and colleagues at the Wuhan Institute of Virology underscored the importance of conducting research on viruses from bats.

The researchers urged: “Therefore, Future outbreaks of SARS-like or MERS-like coronaviruses are very likely to originate from bats, and there is a greater chance of this occurring in China. “

“Therefore, the investigation of bat coronaviruses becomes an urgent matter for the detection of early warning signs, which in turn minimizes the impact of such future outbreaks in China,” they explained then.

The team noted that the size, population and biodiversity of China could drive the spread of the possible virus. He also underlined the Chinese tradition of favoring fresh meat. “Chinese food culture holds that slaughtered live animals are more nutritious, and this belief may improve viral transmission,” the document explained.

A team led by Shi already discovered in 2018 that humans might be able to contract coronavirus directly from bats after studies, as reported by Beijing News.

The Wuhan Institute of Virology, which preserves more than 1,500 deadly virus strains, specializes in researching “the most dangerous pathogens,” particularly bat-borne viruses.

Although scientists believe the virus leaped to humans from wild animals sold as food in a market about 15 kilometers from the laboratory, conspiracy theorists promote different assumptions. Some people claim that the virus, formally known as SARS-CoV-2, could be a biological warfare weapon designed there, according to Infobae. Others suspect that he escaped from the laboratory.

In fact, the President of the United States himself, Donald Trump, said on Wednesday that Washington was trying to determine if the coronavirus first passed to humans accidentally, during bat experiments in Wuhan’s laboratory.

In fact, the President of the United States himself, Donald Trump, said on Wednesday that Washington was trying to determine if the coronavirus first passed to humans accidentally, during bat experiments in Wuhan’s laboratory.

Shi, in statements to the press last February, stated that he guarantees “with his own life” that the outbreak was not related to the laboratory.

Consumption does not lift and puts the Government’s strategy at risk ...

Disney’s quarterly profit fell 91% due to the closure of parks...

this is the key to meet your GOALS / Argentina News

It was “expected” that businessmen criticized the triple stocks / Argentina...

Burning grasslands in the Delta: what risks does it bring to...

why does it reveal how you are in love

For Cordoba dealers, the restriction to the dollar will cause “stock”...

Coronavirus │ A bus with 62 foreigners who left La Quiaca...