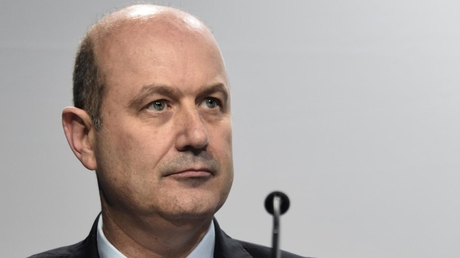 The extitular of the Central Bank has some advice on fiscal deficit for the current president of that entity, Miguel Pesce.

Federico Sturzenegger, former president of the Central Bank, spoke about the renegotiation of the debt and advised Miguel Pesce on the fiscal deficit

During a videoconference with members of the agricultural sector, the former president of the Central Bank of the Argentine Republic (BCRA) and current Professor at the University of San Andrés, Federico Sturzenegger, analyzed the economic moment of Argentina crossed by the effects of the coronavirus and the debt renegotiation.

It also projected for this year a drop in economic activity of almost 5%, with persistent inflation, and a high fiscal deficit.

The dissertation was made hours after the presentation in the Fifth Presidential Office of Olivos of the guidelines of the proposed debt restructuring that Argentina has with private creditors.

The economist said: “In all this there is a very strong impact on confidence, since all discussion of foreign debt and when a country defaults, in general there are not many effects in the financial sector, but the biggest problem is how you will break trust with your own people, and on foreign investment direct. A government that defaults on debt stops receiving investments. It seems to me that Alberto Fernández has bought a problem and it will cost him to return the investment, and the best thing is that we can leave all this behind as quickly as possible. “

Sturzenegger also referred to the recent increase in the parallel dollar: “As a former president of the Central Bank, I try to be cautious on this issue, because one is always obliged to support and defend the entity.” But at the same time he said that “based on our own experience, when we started our management with inflation targets, in the first two years inflation fell quite a bit and without affecting economic activity. In other words, we achieved a path of lowering inflation with economic growth, but there were many doubts about whether this would be sustainable over time because the fiscal deficit was very high. And the lack of confidence and also other things that were done wrong, complicated the picture “.

In this framework, he made the following recommendation: “Today the fiscal deficit is very high. And if I were president of the Central Bank or if I could make a recommendation to the current head, I would tell him not to do what I did, that I was not strong in the fight to lower the deficit, because I trusted the former President of the Nation, Mauricio Macri, and in retrospect, I should have. I would say to Miguel Pesce to push for the fiscal deficit to be lowered and to settle the accounts as much as possible, reducing expenses that are not essential “.

And he added: “If we achieve all this, we have resources there that could be used for the transfers we need to make for all those sectors that have been left in a situation of vulnerability due to the coronavirus pandemic. It does not have to be all monetary issue, and if we seek resources in the State itself. “

The economist also related the increase in the dollar parallel to the announcements of the Minister of Economy, Martin Guzmán, about the total payment of the debt in pesos. “For me it is a very interesting and laudable objective, because we have to have a growth curve in pesos and with credible resources and that everyone knows that the government will be honoring those commitments. But the market interpreted it as if there is no rod lover of this debt, money is going to be issued, and that generated the prospect of a very out-of-parameter issue, with respect to what we were already assuming simply due to the deficit and the need to finance these transfers that the government has ” , assured the former president of the BCRA.

In another passage from his videoconference, accessed by Infobae, Sturzenegger referred to the effects on the economy of mandatory quarantine to prevent the coronavirus: “In my opinion the quarantine is being excessive, beyond that it has had a very powerful social compliance. Today we find that quarantine does not flatten the curve, but rather postpones it and with an underused health system and that we should make more efficient use of it.. This should call us to reflect on the possibility of a more partial removal of the quarantine, of course with all the precautions that must be implemented to take care of the health of the population. The idea is to make compulsory isolation more flexible, and to normalize the situation so that the government recovers its source of genuine resources quickly, and to be judicious in the spending that is made from the State, “he said.

In addition, the economist argued that currently, amid compulsory isolation, 35% of all economic activity is paralyzed, and ceasing to produce about $ 500 million per day. “It was quite uneven the choice of who is due and who does not comply with the quarantine, and from that situation there are many contractual tensions, and if the pandemic is delayed for a long time this situation will worsen and property rights will have to be redefined and it’s a bad thing to get into that scenario, and I’m very concerned about all of this, “he said.

In all this context of enormous difficulties for the national economy, the former president of the Central Bank, projected for this year a drop in economic activity close to 5%, with a fiscal deficit that has widened and inflation that could accelerate regarding current values.

And furthermore, he commented, “I find it very difficult to criticize a government that imposes taxes to try to sort its accounts, but we certainly have to focus on spending and assist the most vulnerable sectors.”

Lastly, he maintained that the agricultural sector “is one of the most favorable due to its dynamics and greater use of technology to increase productivity levels, to once again make a contribution to the improvement of the economy. China is currently allocating money which previously invested in technology, for consumption. Argentina is on the right side of the goods that China will continue to demand. Food demand continues to be active in any scenario, “he concluded.

They reveal what type of COFFEE is the most dangerous for...

SMEs closed December with a drop in sales of 21.4% year-on-year

He was 30 years old, thought that the pandemic was a...

Mexican athlete Arceo overcomes the coronavirus and continues with an Olympic...

Soy and the old habit of hunting in the zoo

After six weeks of confinement, the Spanish children go out to...