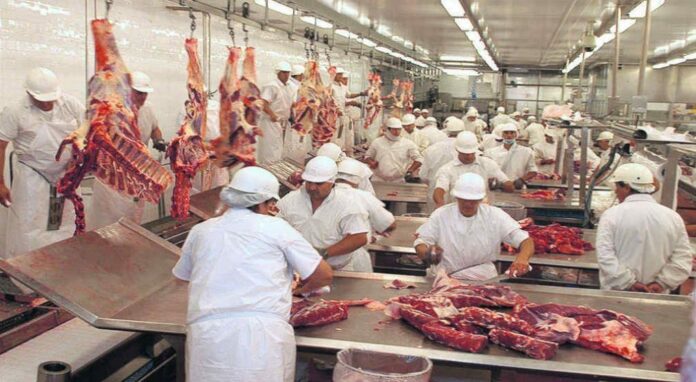 Activity in the main meat packing plants supplying the city of Córdoba has suffered in the last two days, due to the union’s decision, according to the industry, to carry out informative assemblies and to work “reluctantly”.

The conflict arose from the decision of the Córdoba meat union to request a bonus of five thousand pesos for each worker who carries out his activity during quarantine; the same as for operators who are in their domiciles licensed for being within risk groups.

It happens that the request of the Cordoba union goes beyond what was agreed between the industry and the national union.

Last Wednesday, the Association of Meat Refrigerators and Industrialists of Córdoba (Afic) agreed with the Guild Federation of the Meat Industry and its Derivatives the one-time payment “for exposure” during the quarantine of a bond of three thousand pesos to all workers in the sector.

However, from the provincial union, it was recognized that they are negotiating a remuneration of five thousand pesos, but that they have not yet received a response.

In addition to the assemblies, the businessmen assure that “the work to reluctance” is carried out in the plants, conduct that –in their opinion– harms the performance of the companies and diminishes the production, which has already been harmed due to to the emergency context generated by the health quarantine.

“We have not been able to fulfill the agreed task neither Monday nor Tuesday, with which we will not be able to load the estate in the next few days to bring it to the refrigerator, because there is no place,” admitted a businessman in the sector.

As an activity excepted from isolation, the tasks in the refrigerators have been maintained, with which the workers have normally received the March salary. “They are up to date”, clarify the businessmen.

They assure, however, that the union measures of the last two days have suffered 50 percent from slaughter in establishments and that, if they continue, they jeopardize the supply of meat to the retail channel.

“With the modality of assemblies and reluctant work, slaughter activity is reduced and, consequently, normal supply may be restricted,” they warn.

In this situation, the Afic requested the intervention of the Ministry of Labor of Córdoba, in order to request the cessation of claims. The labor authority called the parties for a hearing today at 10:30.

The original text of this article was published on 04/15/2020 in our printed edition.

The Government warns that after the quarantine there will be a...

Coronavirus in Argentina │ What requirements must cities with less than...

how many hours do you sleep and how long are you...

In Mali, more than 100 jihadists released for possible exchange

They come from the countryside: what are the two products that...

Tell me which cat you choose and I’ll tell you which...

Argentine doctor alerts for consequences that the coronavirus may leave