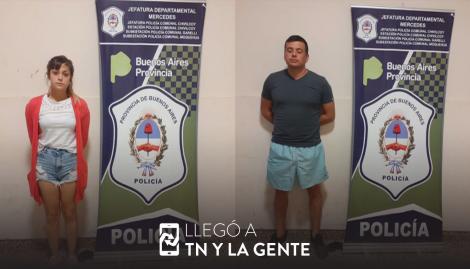 It is not Verona from the 1500s, but the province of Buenos Aires in times of compulsory isolation. In times of coronavirus, violating the laws is too risky, and trying to emulate the play written by William Shakespeare, much more. This couple became known as “the Romeo and Juliet of the quarantine”: They wanted to be together, and they did it, but inside a police station.

A young woman she traveled in her car from Luján to Chivilcoy to see her boyfriend, but it was delayed in a police control on entering the city. Upon learning this, the boy approached the place and both were arrested.

On Sunday around 9:30 pm, a red car driven by Lorena Paola Federico arrived at the scene and on Provincial Route 30 at the intersection with José León Suárez Avenue, traffic personnel stopped her at a checkpoint to ask her to authorization to move. Since she did not have it, her car was hijacked and the police arrested her.

But this love story did not end there. She was able to notify César Nicolás Martínez, her boyfriend, who quickly arrived at the scene to try to “rescue her”. Far from it, both ended up in prison.

They were placed at the disposal of the Federal Court of Mercedes for violation of article 205 of the Penal Code, while the car was in custody of the Chivilcoy misdemeanor court.

In statements to TN, In Chivilcoy Mayor Guillermo Britos recognized that many people violate quarantine. “Many citizens do not comply, since we don’t have cases in the city, people are underestimating the pandemic and that’s very serious“, he claimed.