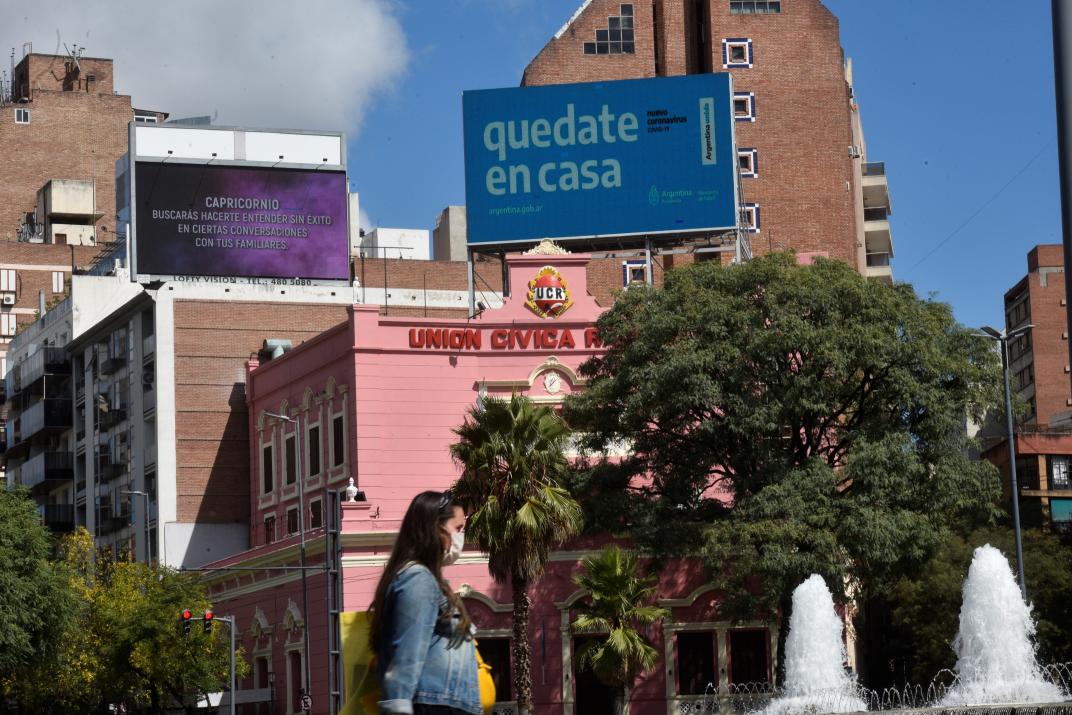 With the exception of workers in sectors with excepted activities, the rest of Argentine citizens are obliged to comply with the isolation established to combat the coronavirus pandemic.

This measure, which caused a sharp drop in the circulation of vehicles and people, also impacts companies that market advertising space on public roads.

“Not even in the most pessimistic of all analyzes did this figure. Even when the coronavirus had been observed since January, it was unimaginable. It was not a swan, it was a black elephant that stopped us at the top, “emphasizes Francisco Quiñonero, CEO of Braver, one of the largest companies in the industry in Córdoba.

Quiñonero calculates that 75 percent of his clients decided to suspend the guidelines and considers it a logical decision, because “there are no people on the street.”

“There are a few brands, like those that offer delivery, pharmacies or supermarkets, which were maintained; and the state. The vast majority have unsubscribed, “adds Quiñonero.

The problem does not end only in the slowest flow of traffic. Braver also offers publicity through other means and suffers from the situation of companies that, as they also go through a very critical situation, postpone any type of investment in communication to focus on covering basic expenses.

“Brands have nothing to sell. An item like shows, which are strong in this sector, does not work nor do we know when it will return to work. Companies with large structures always have their cards in the financial and marketing managers, but today the financial one prevails, the marketing it is lagging behind ”, continues Quiñonero.

In addition to the traditional signage, the Marka Group, led by Martín Dagum, has 22 led screens distributed in the province, of which seven are in the Capital.

The businessman maintains that it is the only business that maintains itself with some activity. “In the other formats, the drop is totally abrupt, greater than 70 percent,” he estimates.

Dagum maintains that it is a global phenomenon and that it will inevitably lead the sector to think of new strategies. “In Manhattan (New York) there is the largest led in the world and there are no people on the street. In this malaria, the last thing companies think about is advertising ”, he compares.

José María Garombo, manager of the firm 7 Sentidos (it has a circuit of 25 screens distributed in Córdoba and the main cities of the interior), agrees that only the guidelines of official organizations have been maintained, which communicate the actions to be developed to prevent the coronavirus.

“In March the fall exceeds 60 percent and in April we are at zero with the private ones. And the state is not enough to bank everything ”, summarizes Garombo.

For his part, Mario Ayi, director of Ayi Publicidad, considers that in this context they also need to attend and care for the owners of spaces on public roads, who are “the most precious asset” for these companies.

Still, he hopes that, once the quarantine begins to be released, commercial companies, such as those for cars or appliances, will go out to do strong promotions, because they will need to market products to alleviate the crisis.

The original text of this article was published on 04/14/2020 in our printed edition.