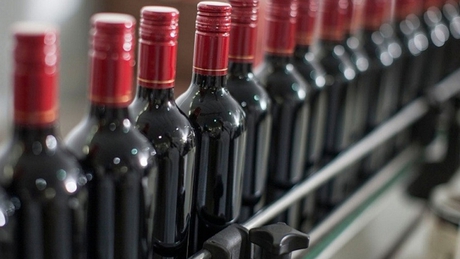 The wine industry is among the most affected by the pandemic, both due to the impact at the domestic and international level

The wine industry is going through a complex crisis because the impact comes from both the internal and external front.

At the local level, wineries suffer from the logical fall in demand, in a context in which purchasing power suffers and where nearly 8 million people were left without income and became dependent on state aid.

This, in a context in which per capita consumption is at its historical lows.

As for the international impact, the crisis in the United States, Brazil, China and the United Kingdom, some of the main markets for Argentine wine, impact on a shrinking of the export business.

In addition, each year that world GDP fell, the sale of wines abroad also fell, a kind of “mirror” behavior that anticipates that this 2020 will be forgotten.

In this context, from Bodegas de Argentina, the chamber that gathers the main companies in the country’s sector, seek to negotiate with the Government a package of measures that will help them cope with the effects of the “coronacrash” and that “guarantees the non-closure of companies and the continuity of the thousands of jobs that depend on them. “

One of the first points that afflicts wineries, especially girls and medium-sized ones, is the fact that wine cellars cannot operate, since they are not exempt from quarantine.

From the sector they point out that this measure does not make sense as long as large supermarkets, warehouses and super Chinese can market this product.

“As hotels, restaurants and bars are also closed, the same SME wineries today have no channel to market their wines in the country. It is essential that this measure be taken as soon as possible, always demanding that the locals have a sanitary protocol for take care of the health of workers and customers, as thousands of retail businesses continue to serve the public, “they point out from the entity.

From a group of distributors seeking the reopening of the country’s wine shops (including Umami, Ozono Drinks, I Vini and Ley Seca), they pointed out that “in the country there are 18 wine-producing provinces that directly and indirectly employ thousands people, including commercial distribution channels, logistics, communication, sommeliers, specialty stores, wine shops and restaurants among others. “

“For many small and medium-sized enterprises, this category of businesses is practically the only sales channel available,” they remarked, while warning that the prohibitions or closings that are taking place in many municipalities “ignore the scope of the DNU and laws that indicate that wine is food, seriously jeopardizing the sources of work for all of us. “

Francisco do Pico, vice president of Bodegas de Argentina, told iProfessional that “in general, small and medium wineries are the most complicated because they channel a higher percentage of their sales through channels such as restaurants and wine shops. In addition, they do not usually have a highly developed ecommerce. Therefore, from Bodegas de Argentina We are working and taking steps so that the wine cellars, where there is less health risk than in a bar or restaurant, can operate again. “

2. Annulment of the sales ban

At the same time, from Bodegas de Argentina they request the annulment of the prohibition on the sale of wine in provinces and municipalities.

“In about 50 cities in 8 provinces, the sale of alcoholic beverages was prohibited under the pretext that they incite socialization in times of isolation. We request that the municipalities, at the request of the National Government, review this decision and recognize the legislation currently in force at the national level, which in no way has limited the commercialization of wine. We must also clarify that wine has never been linked to alcohol abuse, always concentrating its consumption in the domestic sphere, as an integral part of our cultural eating habits “they noted.

3. End of the price freeze

Also at the domestic level, the wineries are asking for the revision of the price freeze. In this sense, they asked the Ministry of Productive Development to review the measure after April 20, once it expires.

Specifically, they are proposing that the prices of table wines be frozen, “which make 45% of the total wine marketed in Argentina, which are the majority consumed by the lower and lower middle classes” and that the rest can be set freely.

“The reality is that in recent weeks the entire sector had to dedicate itself to facing problems of all kinds: logistics, customs, trade unions … Adding to the problem of these limitations is the freezing of prices arranged at the national and provincial level, which occurred just at a time when the cost of wine increased. So the wineries are not being able to transfer to the gondola those increases they suffered. This is a financial problem, “argued Do Pico.

At the export level, there is also a major crisis. As noted, when the world does not grow, Argentine wine shipments abroad do not either. And with a projection for a fall in global GDP of 3% or more, the projections are very negative.

According to a report by the Wines Division of Banco Supervielle, prepared by Merino, “the world GDP explains more than 98% of the wine trade”.

“There is a very strong correlate: in the last 30 years, world GDP and global wine trade have moved together. One curve traced the other,” he explains.

“The wineries, with a domestic market down, had a foreign exchange window that generated a good opportunity for them in foreign markets. It implied an important respite. The question to ask now is to what extent the fall in the economy and demand global is going to close that window of opportunity, “warned Merino.

In this context and anticipating that bottled wine exports will fall due to the global economic crisis that we will surely face in the short term, from Bodegas de Argentina they asked the Government to eliminate withholdings on wine products that have added value.

“The estimated fiscal cost of eliminating withholdings on bottled wine is 2,000 million pesos. This potential savings for the wineries could clearly help sustain the business, the jobs and the payment chain in this difficult context,” they indicated.

5. End of contribution to COVIAR

Lastly, they asked that the suspension of the obligatory contribution paid by the wineries to the Argentine Wine Corporation (COVIAR), an entity in which Bodegas de Argentina no longer participate, be decreed within the framework of a gap that deepened in the last months.

The main criticism on this point is that funds are being allocated to promote COVIAR itself, when the real objective should be to promote responsible wine consumption.

In fact: only 25% of the resources go to the much-needed promotion abroad, while 30% goes to the questioned generic promotion in the internal market, 6% to communication that promotes COVIAR, and 20% to the administration of the institution.

Even, as they trusted from Bodegas de Argentina to iProfessional, 5 million pesos a year would be earmarked for a consulting firm to prepare reports on consumer trends that “did nothing to help overcome the crisis.”

“COVIAR cannot be a camera, that it does not have to spend money, with funds provided by the wineries, to promote itself and that it is key to eliminate conflicts of interest,” said BA.

For wineries, then, it would be much more useful “to enable wineries to voluntarily suspend the contribution to allocate these resources to more urgent needs such as preserving sources of employment and having resources for working capital.”

European Union refuses to recognize Lukashenko as President of Belarus

In Brazil, the far right determined to put women in hell...

“Telenoche”, in the first line of fire: this is how they...

Due to the crisis, the emblematic hotel Ópera de Río Cuarto...

Coronavirus in Argentina | Two bowling alleys closed in the City...

The advantages of feeding our pets naturally

China concentrates on coronavirus patients without symptoms due to increasing number...