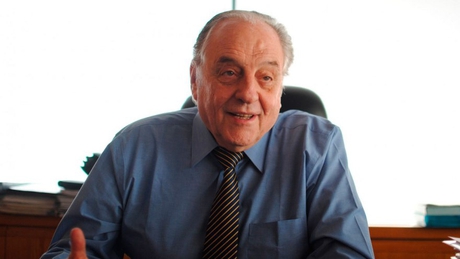 The deputy Carlos Heller will present this week the project that proposes to tax with an extraordinary tax the great patrimonies and the millionaire profits both of the physical persons and of the companies.

The objective is to provide the State with genuine resources to face the emergency situation caused by the coronavirus outbreak in the country; The president of the Budget and Finance Commission of the lower house told the newspaper La Nación.

“No one is going to lose their status as rich or very rich because they make an extraordinary contribution in the sense that we are proposing. I always give the same example: if the owner of Amazon is given an extraordinary tax of 10% of his fortune, instead if you have $ 140 billion dollars of fortune you will have $ 116 billion. I do not think it will alter your life much or that you should deprive yourself of anything, “said the deputy to the morning.

The legislator has not yet defined the tax base of the new tax nor the scale of aliquots that will be applied. Both issues will be decided once he and his team of advisers complete the development of a database with potential taxpayers of the new tax. However, he clarified that the tax will finally be applied to a small segment of companies.

“It is an extraordinary tax that aims towards a certain objective, to attend to the emergency, and which is aimed at those who have the greatest backs to resist it,” he added.

It only points to the big economic groups, the big profits, he clarified.

“If we only taxed assets, we would commit a certain injustice with those companies that capitalize the profits versus those that distribute the profits. If a company had profits for a certain amount and capitalized them, then it grew in its equity and would be affected by the tax, while those companies that decided to distribute them would be released from the tax, “he emphasized.

At this point, they analyze how to combine both factors in order to be as equanimous as possible and trying to ensure that the sector reached is also the smallest possible. For that they are building a database, he indicated.

Such data is obtained from various places, “because the organizations that have such data are reluctant to give information so as not to violate the law or confidentiality,” he emphasized.

When asked if those who laundered assets will be taxed in 2016, he said “yes and no” and explained that “if I propose to tax the assets, there should be no discrimination if that assets comes from the laundering or from elsewhere. It is assumed that if some US $ 120 billion have actually been laundered, surely these assets will be, for the most part, incorporated in this database. It is not a tax directed at those who have laundered. It is a tax aimed at those who have an equity of a certain amount above. “

“The proposal to tax those who have laundered their assets came up during an interview by journalist Horacio Verbitsky with President Fernández. Then the President, during a report with Morales Solá, emphasized that he supported a tax on large estates. When I spoke with Máximo to start designing the project, there was never an emphasis on laundering. It was a reference, “he explained to the morning.

Before the consultation on the floor for the contribution, he emphasized that “it is not defined, but it is going to be very high. Most likely, there is no single rate in the project, but a lower rate is applied in the lower sections. girl and let’s climb it as the heritage increases. They are exercises that we have to do. “

As for the contribution, he clarified to the morning newspaper that “it depends on what the universe of taxpayers is. But as an example, if we take a known base that is that of laundering and we know that 116 or 120 billion were laundered, at a 2% rate would have a base income of US $ 2400 million. Be careful, this is an example, I don’t want to say that the rate is 2% “.

How the Argentine company that employs 3,600 women is transformed

For this year they project a 7% drop in the economy...

AFIP extends fiscal fair and extends suspension of exclusions of the...

The conversion of Hagia Sophia into a mosque will be decided...

In Mali, the president “IBK” appoints a beginning of government, but...

Ginés González García spoke about abortion: "Here there are not two...