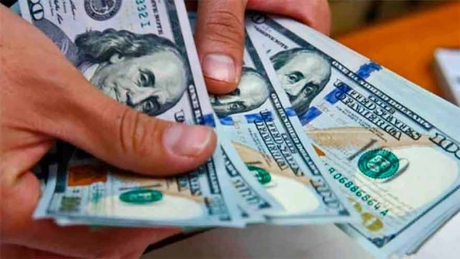 The dollar exchange exceeded $ 100, due to the mega-issuance of pesos carried out by the Central Bank to counteract the economic effects of coronavirus

The price of the dollar in stock exchanges of counted with liquidation it rises 7% this afternoon and was located at 101.28 pesos, with which the price breaks for the first time the emblematic barrier of 100 pesos.

This is the exchange rate at which the purchase and sale of shares or debt securities is operated, which can then be traded abroad to dollarize portfolios.

The rise in this exchange rate occurred on a negative day for the world markets and for the Buenos Aires Stock Exchange, in parallel with the uncertainty surrounding the renegotiation of Argentina’s foreign debt.

The government would be very close to presenting a formal offer of negotiation to international creditors who have in their hands bonds issued under New York legislation, which until now have been paying maturity payments using reserves.

In the wholesale market, the exchange rate also rose and the Central Bank validated it, placing its selling position at 65.38 pesos, twenty-two cents above that registered last Wednesday before Easter.

In banks, the situation was also tense, with a sharp rise in the retailer on the closing of the wheel: the average exchange rate was 62.53 pesos for purchase and 67.43 pesos for sale.

Taking these reference prices into account, the so-called solidarity dollar –which includes the Country tax of 30- rose to 87.66 pesos at the seller end.

In the City of Buenos Aires, the average price of the dollar was around $ 67.43, according to the usual survey carried out by the Central Bank among the main entities that operate in it. The breakdown by entity is as follows:

For its part, the country risk of Argentina was located this Tuesday at 3,896 basis points.

In line with global markets, the Buenos Aires Stock Exchange operates in decline

The leading shares of the Buenos Aires Stock Exchange were down this afternoon, as they did since the beginning of the day, and the price of the shares of Argentine companies listed in New York also fell.

For their part, the ADRs of Argentine companies operating in Wall Street dollars lost 3% on average: YPF shares fell 5%, below $ 4.

The world’s main stock markets were also down on Monday.