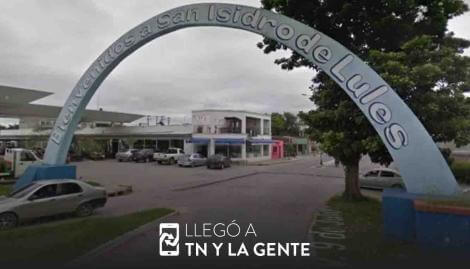 A group of municipal officials broke the mandatory quarantine to go play paddle tennis to the Almirante Brown club in the town of Lules, in the province of Tucumán.

In the video that came to TN and The People You can see two policemen who, noticing the crowds of people, walk towards the fields. One of the officials approaches to chat with them while another person records the scene.

As reported by the newspaper The Tucumano, these are two workers from the General Secretary of Education and Municipal Culture, whose owner, Marta Albarracín has already notified, through social networks, that he was untying those involved in the situation.

For its part, in another statement published through Facebook the Mayor de Lules, Carlos Gallia, reported that the officials involved in the video are at the disposal of justice.

The instrument test: what is the gift of your soul? /...

Italy reports first decrease in the number of patients in intensive...

Quarantine: San Juan enabled family reunions and there are already 6...

The amazing price of the shirts signed by Diego Maradona /...

The vaccine or the disease? Which one generates more immunity /...