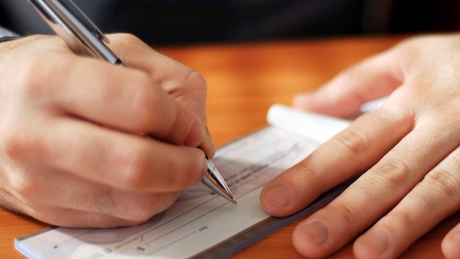 The data corresponds to the period that runs from March 26 to April 8. Since the reopening of the clearing, 2.5 million checks were presented

The number of rejected checks climbed to 14.2% and reached 11.5% of the amount in pesos of these documents since March 26, the date on which the bank clearing was reopened after the start of the quarantine, according to official sources.

The data corresponds to the period between March 26 and April 8, the last business day of banking operation, and implies a jump of almost 15 times in the percentage of rejection of checks that were registered until two months ago.

However, not all the checks rejected were due to lack of funds, since the non-validated documents also include those inadmissible due to “force majeure”.

The lack of income of companies due to the collapse of activity, with drops of 47% in retail sales during March according to data from the Argentine Confederation of Medium-sized Companies (CAME), largely explains the inability of companies to cover deferred checks, the main form of financing for SMEs.

If the data provided by the Central Bank in its latest Bank report is analyzed, in January the amount and amount of rejection of checks due to lack of funds had reached just 0.93% of total checks and 0.72% in amounts, according to Télam.

This means that the effect of the abrupt drop in activity multiplied by almost 15 times the inability to cover the documents issued by companies, the main issuers of deferred checks to finance their activity.

Likewise, the size of the rejection is even greater if one takes into account that in other circumstances of economic crisis, such as those of 2008 or 2002, the lack of document coverage did not exceed 4% of the total.

At the beginning of the month, the Central Bank decided to extend by 30 days the presentation of common or deferred payment checks until it ends during the quarantine of the coronavirus pandemic.

It also admitted a second filing for checks rejected for “causal insufficient funds account” and prevented banks from applying fees to their customers related to check rejection.

Furthermore, they requested that the Central Bank (BCRA) “issue the necessary resolutions and provisions, and that it enforce those currently in force to guarantee the payment of wages, the chain of payments and the survival of SMEs, which are the fundamental pillar of the economy and employment in our country. “

The president of Cgera, Marcelo Fernández, warned that since Monday, when the banks open their doors to the public, “they will have a massive presence of businessmen requesting urgent help to the economic problems that the mandatory quarantine left behind.”

“President Alberto Fernandez has the support of our chambers and entities to be as tough as possible with banks that turn their backs on SMEs,” he added.

For his part, Roberto Marquinez, president of the CGE, warned that “the banks continue with the selfish attitude of putting sticks to the wheel of the economy, pushing SMEs to their disappearance.”

Marquinez said that “in view of the very serious situation the nation is experiencing, we ask President Alberto Fernández to convene all representative sectors of economic activity with the conviction that constructive dialogue is a priority and vital. “

The national deputy Carolina Moisés presented a bill that provides that during the health emergency derived from the coronavirus pandemic, rejected checks are eliminated from the Central Bank database, so that they are not recorded as negative credit history for the SME merchants and entrepreneurs who have issued them.

The initiative proposes that banks take into account the exceptional situation, and in the event of insufficient funds in the accounts, try to reject checks on the grounds of “force majeure”.

“We understand that the cause of force majeure is clearly configured in the current context, and that is why we suggest businessmen and merchants to contact their bank and invoke such reason to avoid that in the rejection of checks, it is consigned as not having funds “, explained the legislator of the Front of All in the fundamentals.

From folk to sports galleries: the song that forever changed the...

Coronavirus should not leave South America without football this year, says...

A company that was not afraid of second generation learning

Bio 4 made the first export of alcohol to Spain

A coronavirus patient ran away from the hospital to go buy...

They arrested a man accused of being the material author of...

the 10 most relevant names on the list / Argentina News