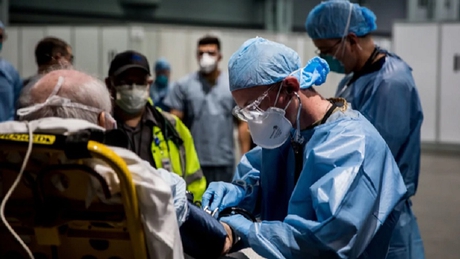 Many specialists seek to determine what the world will be like after covid-19. To do this, they analyze which states will be the best unemployed

In the midst of the health professionals’ battle to contain the spread of the virus and stabilize the contagion curve, many specialists seek to determine what the world will be like after covid-19.

In an attempt to try to identify which countries will be the best unemployed from the global crisis caused by the coronavirus, the BBC crossed two references.

One was the 2019 Global Resilience Index, a list compiled by FM Global insurer that rates economic and environmental resilience for doing business from 130 countries. For it, relied on factors such as political stability, risk, transparency and resilience of supply chains.

On that list, the top three countries are Norway, Denmark, and Switzerland.

To build your list, the British media added an assessment of how the countries’ initial response to the coronavirus outbreak was. From the intersection between these two rankings came a potential list of the countries that are best outlined to get back on track once the most critical health phase of the fight against the virus has ended.

The Scandinavian country appears second in the 2019 Global Resilience Index thanks to its low level of political corruption and the strength of its supply chains. To this we must add that he quickly took drastic measures to contain the expansion of the coronavirus. He announced the suspension of classes and the closure of non-essential businesses on March 11, and closed the borders on March 14. At the time, he had only a handful of positive cases.

It also has to do with Danish culture. Their tendency to trust authority and understand the benefits of uniting for a common cause is part of why the measures have been successful. The feeling of collective responsibility prevails in society and nobody wants to be singled out as someone who privileges their personal benefit.

The Danish government also announced measures to help companies. In addition to allocating funds to help businesses pay wages, he also promised to pay 90% of the earnings of those who work hourly, and 75% of the wages of contract workers. The measures are seen as models for the rest of the world, a kind of “freezing” of the economy until the storm passes.

The Asian country is recognized for the strength of its economy, low political instability and little corruption. In the resilience index, it is located in position 21. Its energetic response to the coronavirus has also been unique, and it has achieved one of the most “flat” contagion curves in the region, which has been strongly affected by the outbreak.

Just like in Denmark, the country’s culture is based on respect for authority. The government has also cracked down on those who break confinement rules, such as stealing their passports and work permits..

The country’s high technological capacity is also a crucial factor, since the vast majority of companies were prepared to quickly switch to remote working when the isolation measures were introduced.

Despite its uneven response to the coronavirus, the country ranks high due to its business-friendly culture and the strength of its supply chain. To this we must add that the stimulus package recently approved by Congress promises to alleviate some of the most severe effects of the crisis.

The consultants predict an immediate economic recession, something that is already beginning to be seen. But They believe the United States is in a position to recover quickly once the worst of the pandemic is over, given that it has a highly dynamic corporate culture, fewer restrictions on launching startups, and a younger, more mobile population.

To this we must add that the country contributes almost a quarter of the global GDP, and the economy of the other nations will continue to depend on it when they begin their economic recovery path.

The government’s plan to divide the country into zones based on how they have been affected by the coronavirus, and to allow the least punished to return to normal operations, is also considered a successful strategy that will make the country relapse more quickly.

The African country has been making great leaps in matters of public administration in recent years. Rwanda climbed 35 places in the resilience ranking, and is currently 77th, the fourth highest in Africa. His place on this list is because, in addition to these improvements, he has great knowledge in the management of epidemics given his experience with Ebola.

The country it has an oiled structure for universal medical coverage, border temperature checks and technology suitable for the situation, such as drones capable of delivering drugs to inaccessible areas.

It was the first country in the region to dictate a total quarantine, and has implemented a food donation campaign for the most vulnerable communities. Although tourism, one of its most important sources of income, is suffering, the country is expected to overcome the pandemic with few victims and can more easily reposition itself.

The country ranks 12th in the resilience index, thanks to its supply chains and levels of transparency in public administration.

It also implemented drastic measures to contain the coronavirus, since the closure of the tourist borders on March 19, and the closure of all non-essential businesses on March 25. It is one of the few countries considered to be close to “defeating” the coronavirus, since it has a low level of positives, and infections are not increasing day by day..

For specialists, being an island, New Zealand can control the flow of people in a much more efficient way. Although it will suffer from the issue of falling tourism, its low debt levels augur a promising post-pandemic future.

School bullying and discrimination in quarantine: What will happen with the...

The Emirates, new participants in the race to Mars

Dell Counts How It Affects Your Plans

They prepare the arrival of the SPUTNIK VACCINE to the COUNTRY ...

Metallurgists warn that the “super stock” left them on the verge...

Tough warning about isolation after July 17

Economy and prices 2021: this warned the Government / Argentina News

The telecommunications companies accused the Government of issuing an unnecessary and...