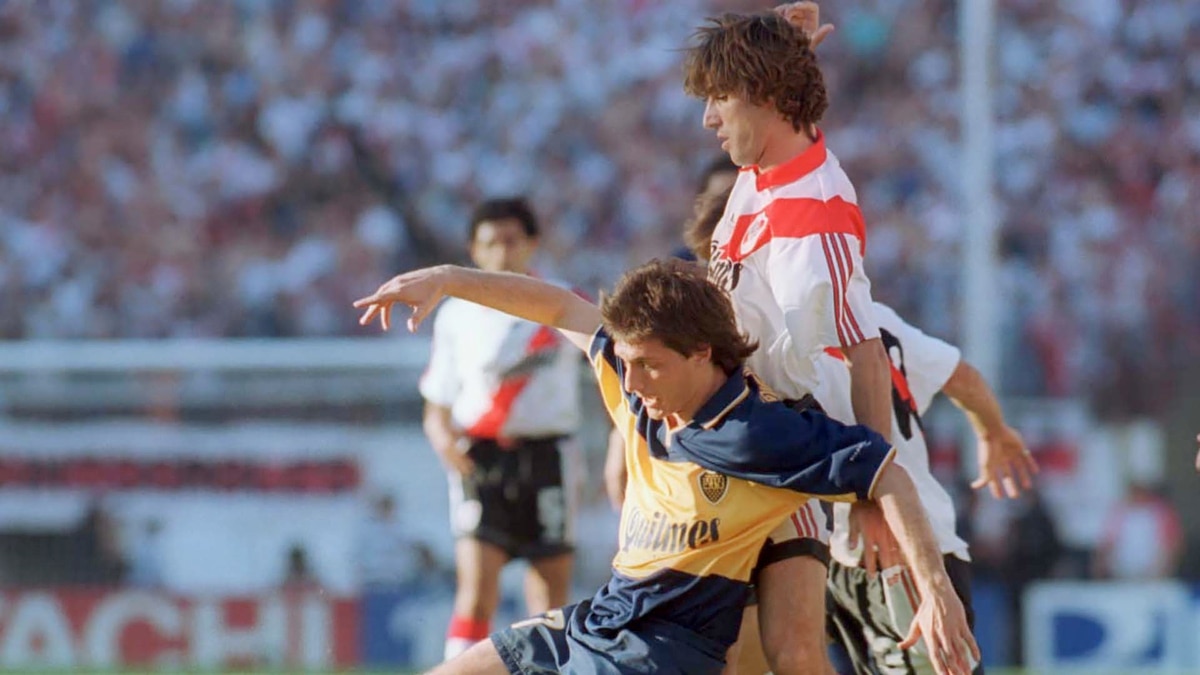 It happened in a Superclásico that Boca beat River 3-0 at the stadium Malvinas Argentinas from Mendoza, with a treble from Martín Palermo. Francisco Lamolina, in the epilogue to his refereeing career, was the one designated for that occasion. Pancho, recognized for his liberal style and the phrase “follow, follow” that he constantly used in the face of friction between footballers, revealed an anecdote from that match played in the summer of ’99.

“I saw that the one from Boca carried it, loaded it and loaded it to the one from River. I was teasing him. At one point the defender comes up to me and says ‘can you believe that we are teammates in the national team and he charges me?’ I walked by and told him to kick him. He looked at me surprised, how not understanding what I was hearing. “Really?” He asks me. One, one “, he told on the radio program Planet 947. Lamolina’s permission went to Eduardo Berizzo, a benchmark for that millionaire team in the late 1990s. And the one who tied it was Guillermo Barros Schelotto.

The judge who directed the 1994 United States World Cup explained: “He was kicked and passed behind the posters. There I said ‘slower, slower.’ Berizzo was a great guy ”. Paradoxically in that Superclásico he did show the red card to Marcelo Escudero for a kick.

Of course, the extra permissions were not only with the River Plate men, as he had previously had special treatment with Blas Armando Giunta: “When I shook your hand, I crushed it. He said to me ‘Pancho, I hit until you tell me enough’. Do you know what piece of type Blas Giunta? You had those players in another folder ”.

On the contrary, A Barros Schelotto had it on point for being one of those who simulated inside the field of play: “I did not get along well with the players who pretended. I was a defender and dragged my football chemistry. Those who threw themselves into the area and tried to make you look ridiculous charging me a non-existent penalty made me ill. So I didn’t have a good relationship with Guillermo“

His bad predisposition with the twin had a long history and he dragged himself from his time as a footballer for Gymnastics and Fencing La Plata for a game he does not forget: “He made me charge a penalty that when I saw him at home he wanted to kill me. It was his way of play, his style. Be careful, he was a spectacular player, but at the slightest contact, he flew. ”