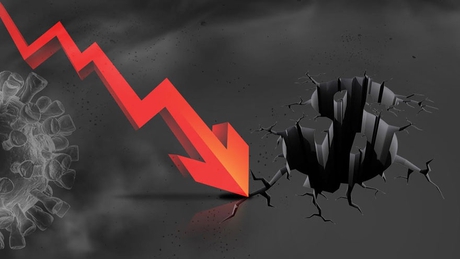 From Economy & Regions, they suggest that inflation levels, the fall in GDP and unemployment will make up a very complex cocktail

“Argentina is heading for a 2020/2021 crisis that will be worse than the 2002 crisis”Thus begins an analysis carried out by the Economy & Regions, based on the effects that the pandemic will leave in the country.

“On the one hand, the levels of decline in GDP 2020 may be similar or more likely to be lower than those of 2002. However, inflation levels will be significantly higher than inflation levels 2002. In addition, given the initial socioeconomic conditions prior to the outbreak of the crisis, we think that the increase in poverty and indigence that will result from this crisis will be greater than in 2002, “the consultant lists.

However, the most delicate problem of the current crisis, as they warn, is that “It will not come out easy, fast, or strong, because getting out of this crisis requires making very deep structural reforms, perhaps deeper than those faced in the early ’90s. And the problem is that the world is another, very different from the one in the early 90s. At that time, Argentina faced its structural reforms immediately after the Berlin Wall fell, when the Washington Consensus was at its peak. On the contrary, today’s world is a world that turns more to socialism, with Russia and China gaining relative power in the international context. In this context, to grow again Argentina should go against the world, which further complicates the task. ”

Therefore, in Economy & Regions they warn that “A 2020/2021 crisis is coming that will be the most difficult. ”

“Unless after the October 2021 elections, a process of pro-market structural reforms, privatizations, with state reform, lower spending, lower taxes and monetary reform, is most likely the Argentine economy continues without growing, with high levels of inflation and in default with foreign bondholders throughout the term of Alberto Fernández, “they warn.

In this framework without primary surplus and without growth, they argue that “if structural reforms do not mediate after the legislative ones of 2021, the debt with foreign bondholders could remain in default throughout the entire AF mandate. If those reforms are not addressed either the next government could also be in default longer. In fact, Argentina was in default for eight years between 1982 and 1990 “.

“The fate of 2020/2021 is cast. It is necessary to see if, structural reforms in between, the scenario changes in the second half of the AF mandate,” they affirm, to later warn that if there are no reforms, the economy will continue to fall, with the aggravating circumstance that said fall “will intensify with the passage of time”.

Employment with SALARY above inflation: so you can be part / Argentina News

“My daughter jokes a lot when I apply my cream routine” ...

Order to replace for 60 days the Vicentin directory

The Christmas bonus has arrived: 4 recommendations to invest

Quarantine | The permit for those over 70 years of age...

On Monday the first Buenos Aires shopping reopens: this is how...

The legend of Casillero del Diablo came to Argentina

Afip extended the payment on account for Personal Assets abroad